JOIN THE FUN WITH ASC IN UNREHEARSED READING OF BARDIC COMEDY 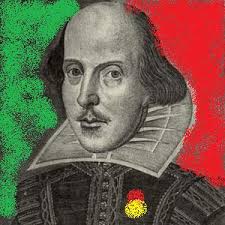 NO HOLDS BARD: MUCH ADO ABOUT NOTHING

Actors Shakespeare Company at New Jersey City University will present a special, free event on campus, No Holds Bard: Much Ado About Nothing, an unrehearsed, staged reading of William Shakespeare’s beloved comedy that will be open to the public. Audience members will be encouraged to join ASC artists onstage and play along for an evening of fun and surprise.

No Holds Bard: Much Ado About Nothing is meant to be an exploration of a witty, romantic comedy by William Shakespeare in which the professional company ASC at NJCU invites its local community to participate. "Join the Resident Artists of ASC for a fun-filled evening of out-loud, on-your-feet, seat-of-your-pants Shakespeare," said Colette Rice, ASC at NJCU Producing Artistic Director.

ASC at NJCU is aiming to connect with the NJCU and Jersey City communities through local appearances, and No Holds Bard: Much Ado About Nothing could be the first of a series geared towards nurturing its audiences and its company of professional actors. “There is talent on campus and in the community,” said Peter Galman, ASC Marketing Director. “With this format, we are able to make a stronger connection with those who share our passion.”

All ASC at NJCU shows begin with Bard Banter, a group discussion of the work about to be performed that is held in the lobby of the West Side Theater 30 minutes before curtain. On January 26, the Bard Banter will focus on how the evening will unfold. “The fun begins at 7 o’clock,” advises Galman.

For more information about No Holds Bard: Much Ado About Nothing, call ASC at NJCU at 201.200.2390 or visit www.ascnj.org.

ASC at NJCU's main stage, the 125-seat West Side Theater, is conveniently near Culver Avenue (on the NJCU campus), just minutes from Routes 440, 1-9 and 78.  There is ample parking in the University's lots on West Side Avenue. Public transportation is available by bus from Port Authority Bus Terminal in New York City and Journal Square in Jersey City; and by Hudson-Bergen Light Rail to West Side Avenue. For further directions, visit www.ascnj.org.

ASC at NJCU became the University’s theatrical company-in-residence in 2008, making NJCU only the fourth institution of higher education in New Jersey to be affiliated with a professional theatre company. The collaboration between the company, which is in its twelfth season, and NJCU began in 2005. Since that time, NJCU and ASC at NJCU have partnered to present professional classical theatre to both the NJCU and wider Jersey City communities and NJCU faculty and students have been regularly involved in ASC productions and workshops.

ASC at NJCU works through the NJCU Foundation, a non-profit, tax-exempt organization, and is supported in part by the New Jersey State Council on the Arts, New Jersey City University, and contributions from individuals, corporations, and foundations.