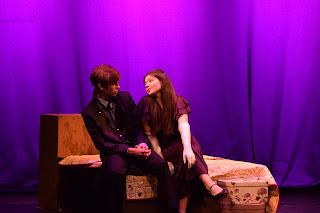 WHEN: February 18 through June 4 and the deadline to apply is February 17.
WHERE: Lackland Performing Arts Center on the campus of Centenary University at 715 Grand Ave. Hackettstown, NJ.
FEE: The price for the first student is $425.00, a second student is $395.00, and a third student is $300.00.
For more information, or to schedule your interview, call the Centenary Stage Company box office at (908) 979-0900 or visit Centenary Stage Company online at centenarystageco.org

The Young Performer’s Workshop is a 15-week theatre training program for performers ages 8-18. Each session culminates with a Festival of Shows performed by the students. New applicants must complete an interview with the director of the program, Michael Blevins, before registering.

The Young Performer’s Workshop is a 15-week intensive musical theatre program designed to teach kids ages 8-18. This is a hands-on program designed to meet the needs of beginning, intermediate, and advanced performers interested in working in theatre. Throughout the session, students have the opportunity to learn about multiple facets of theatre arts from acting, singing and dancing, to stage management, props, and costuming. Each session concludes with a weekend Festival of Shows. 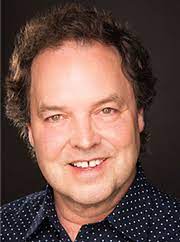 Centenary Stage Company’s Young Performers Workshop is directed by Broadway, movie, and television alumnus Michael Blevins. Some of Blevins’ previous credits include director and choreographer of the National Tours of Babes in Toyland, Aladdin, and Tom Sawyer, and most recently he directed and choreographed the NYC revival of Seesaw. Blevins also directed and choreographed his original musical Count to Ten at the New York Musical Theatre Festival. He has worked with many Tony and Academy Award-winning directors and choreographers including Sir Richard Attenborough, Woody Allen, and Bob Fosse. Michael Blevins has performed with many professionals including Michael Douglas, Victor Garber, Brooke Shields, Beth Leavel, and Robert Downey Jr. He has appeared in several Broadway productions including Bring Back Birdie, Neil Simon’s Little Me, and Tony-winning Tap Dance Kid in which he created the role “Winslow”. He is most widely known for his portrayal of Mark in the movie A Chorus Line. Most recently, Blevins joined artists around the world to celebrate one of America’s greatest art forms and performed selections from Bob Fosse’s DANCIN’ at City Center in the Career Transition for Dancer’s Benefit Gala.