Another legendary moment inspired LPCCD’s The Lagniappe Experience: Dîner en Noir et Blanc (in Black & White) — the Black & White Ball of 1966 dubbed “The Party of The Century” — sprinkled with Black creole culture of New Orleans and a little “Brick City” edge. Guests are requested to wear combinations of Black and White with pops of The Lagniappe Experience’s signature purple.

"We're honored to be partnering with Lincoln Park Coast Cultural District for this milestone and excited that Newark Symphony Hall will host the LPCCD's first-ever in-person benefit gala," said Talia Young, interim CEO of Newark Symphony Hall. "For 20 years, the LPCCD has successfully worked toward equitable community development via the arts by leveraging Black voices and culture—a mission that is closely shared with Newark Symphony Hall and one that we look forward to pursuing together at this event."

“Hosting our first-ever in person fundraiser gala in the community we serve connects directly to our mission and vision of creative placemaking and place-keeping” states Anthony Smith, executive director of Lincoln Park Coast Cultural District. “This, aligned with our Lincoln Park 10-year resident driven action plan, reimagines the cluster based economic development model through the arts.  Mayor Baraka’s vision for an Arts & Education District anchored by Lincoln Park on the southern end further codifies the catchment area which increases potential mixed use residential-commercial development, retail corridor improvement, quality of life improvement and enhanced mobility options.  This is what circulating the dollar in our community looks like.”

The Lagniappe Experience, which translates to “a little something special”, is a fundraising event that will benefit the non-profit’s capacity and work in Arts & Culture, Green Jobs Training, Community Engagement and serve to support the 2023-2024 Capital Campaign and help operationalize the Lincoln Park Façade facility once completed. 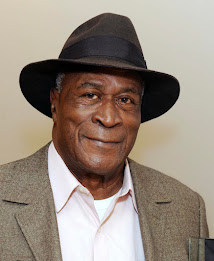 Born in Newark NJ and raised in East Orange, a son of a mechanic, living legend actor ad star of stage, screen and television, John Amos Sr. won the recurring role of the sporadically unemployed husband of maid Florida Evans (played by Esther Rolle) on Norman Lear's Maude (1972) starring Bea Arthur. The two characters were spun-off into their own popular series as the parental leads in Good Times (1974).  Amos starred or guest starred in more than 100 iconic films and television shows including “Hunter”, "The A-Team", "One Life to Live", "Murder, She Wrote", “In The House”, “The District”, “All About The Andersons”, “The West Wing”, “Madea’s Witness Protection”, “Uncut Gems”, “The Last OG” and the ever popular classic duo of films “Coming To America” and “Coming To America 2”.  John Amos has to his credit, theater productions such as 1985’s "Split Second", a play which earned him the NAACP Award as Best Actor.

He also received fine reviews in a Berkshire Theater festival production of "The Boys Next Door", a tour of O'Neill's towering play "The Emperor Jones", and in a Detroit production of Athol Fugard's "Master Harold...and The Boys". In addition, John directed two productions, "Miss Reardon Drinks a Little" and "Twelve Angry Men", in the Bahamas. He took on Shakespeare as Sir Toby Belch in "Twelfth Night" at Joseph Papp's New York Shakespeare and earned strong notices in the late August Wilson's Pulitzer Prize-winning play "Fences" at the Capital Repertory Company in Albany, New York. Overseas he received plaudits for his appearance in a heralded production of "The Life and Death of a Buffalo Soldier" at the Bristol's Old Vic in England.

Capping his theatrical career was the 1990 inaugural of his one-man show Halley's Comet, an amusing and humanistic American journey into the life of an 87-year-old who recalls, among other things, World War II, the golden age of radio, the early civil rights movement, and the sighting of the Comet when he was 11. He wrote and has frequently directed the show, which continues to play into the 2007-2008 season.  In recent years, John has enjoyed recurring television and film roles. John Amos has two children by his former wife Noel Amos and two children. His son K.C. Amos is a director, writer, producer, editor and daughter Shannon Amos a director, writer and producer. Amos has one grand-daughter, Quiera Williams. 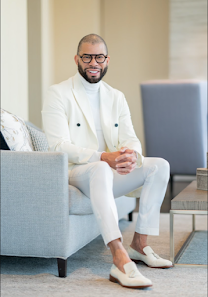 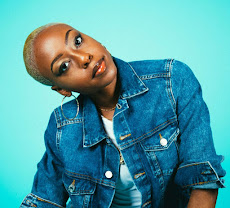 Leah Jenea was born and raised in Newark, New Jersey.  The beautiful and talented Leah Jenea is a Hip Hop and Soul singer who is known for both her fantastic covers and wonderful original songs. She has performed for several campaigns, including the Women of the World conference, and the Councilman at Large campaign. She is also known for her dazzling debut on Fox’s reality show, The Four: Battle for Stardom with judges Sean “P. Diddy” Combs, DJ Khaled and Meghan Trainor hosted by Fergie. Many will recall Leah Jenea from her dazzling debut where she wowed the judges as one of the show’s youngest competitors and quickly rose to become a fan favorite. Her 2018 was filled with well-deserved success, though her 2023 is about to one up the previous years. Leah Jenea released her latest Album, "Crooked Love Story" (Released July 2nd, 2020) during the pandemic, and the 22-year-old upstart is geared to craft music that melds the old school with the new school and finally give her fans the sound they've been waiting for!