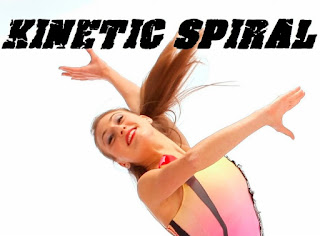 Interested dancers can join the class by registering here.

As a virtual dance institute, The Bridge will invite world-renowned, as well as up and coming, dancers and choreographers to come to guest teach the class. Advanced/Intermediate level professional or pre-professional dancers who are looking to explore beyond their own boundaries and looking for new dance experiences are encouraged to participate. The core program is based on Nai-Ni Chen’s Kinetic Spiral, which is a cross-cultural dance vocabulary that integrates the Chinese martial arts philosophy in TaiChi with contemporary dance practices she studied in America. Guest artists will cover a wide range of folk and classical dance styles.

Embrace the Yin and Yang through Tai Chi, a gentle exercise that helps you to move with focus and purpose. We will begin the class with a Qi Gong exercise called the 8 Section Brocade which is one of the most ancient form of Qi Gong known in China. After that we will do the simplified 8 movement Tai Chi. No experience needed.

Tapping into the creative energy of the universe through Kinetic Spiral. Nai-Ni Chen's signature technique is based on the principle of ever-changing universal forces of Yin and Yang to cultivate the dancer’s vital energy Chi (Qi) allowing the dancer to achieve higher performance with less effort. By focusing on breathing and images, Kinetic Spiral also balances the spiritual, mental and physical energy of the dancer. The Kinetic Spiral Technique forms the foundation of Nai-Ni Chen’s style of cross-cultural movement and embodies her efforts to work in the intersection of culture and race, advocating for equity with grace and power.

In this trying time of change and uncertainty, the arts are a source of healing and unity, we would like to encourage everyone to support dance as dance is an essential medicine for the society to recover from the pandemic that has caused injury to our bodies and our hearts. Support for The Bridge can be sent through https://www.nainichen.org/donate.

Andy Chiang has been a lifelong practitioner of martial arts. He earned a black belt in Karate when he was 18, then joined the Taiwan-based Wu Tang organization to study Shaolin and Tai Chi. He is Nai-Ni Chen's partner and the Executive Director of the Nai-Ni Chen Dance Company.

Born in Tokyo, Japan. At age of 3, Rio Kikuchi began ballet training at Studio Benus in Japan and later she was introduced to Tap and Jazz. She took Summer Intensive at Kirov Academy of Ballet of Washington, DC in 2015. She also studied ballet technique and pointe work privately with Luis Villanueva. In 2017, Rio moved to New York and was offered a scholarship to study at The School of Alvin Ailey American Dance Theater. In addition, she received a scholarship at Alonzo King Lines Ballet Summer Program in 2019. She performed with Alvin Ailey Dance Theater at New York City Center in 2018. A member of the Nai-Ni Chen Dance Company, Rio is also a certified Gyrokinesis® instructor.

Choreographer/Dancer, Nai-Ni Chen was a unique artist whose work crosses cultural boundaries. Each of her dances reflect her personal vision as an immigrant and an American female artist with deep roots in the Asian culture. From this very personal perspective, she created new works that reflect current issues with global influences. Some of her works were developed in collaboration with renowned artists such as the Ahn Trio, Glen Velez, Joan La Barbara, and the members of the New Asia Chamber Music Society.

Bridging the grace of Asian elegance and American dynamism, the Nai-Ni Chen Dance Company is a premier provider of innovative cultural experiences that reflect the inspiring hope and energy of the immigrant's journey. The company's ground-breaking works have focused on themes from ancient legends that reflect issues of the present time to purely abstract, contemporary dances influenced by a mix of cultures Nai-Ni Chen experienced in New York. An Asian American company that celebrates cross-cultural experience, the Company's productions naturally bring forth issues of identity, authenticity, and equality.

Programs of the Nai-Ni Chen Dance Company are made possible by the generous support of our Board members, the National Endowment for the Arts, the New Jersey State Council on the Arts/Department of State, a Partner Agency of the National Endowment for the Arts, The Mid-Atlantic Arts Foundation (MAAF), the New Jersey Cultural Trust, the New York State Council on the Arts with the support of Governor Kathy Hochul and the New York State Legislature, The New Jersey Arts and Culture Recovery Fund administered by the Princeton Area Community Foundation, the Geraldine R. Dodge Foundation, the Hyde and Watson Foundation, E.J. Grassman Trust, The Horizon Foundation for New Jersey, New Music USA, the Blanche & Irving Laurie Foundation, Dance/NYC Dance Advancement Fund, the Rapid Response Program of American Dance Abroad, the Association of Performing Arts Presenters’ Cultural Exchange Fund, supported by the Andrew W. Mellon Foundation, PSEG, Proskauer, WAC Lighting, and the Glow Foundation and the Dragon and Phoenix Foundation