Kean Stage is proud to announce select performances from its' 2022-2023 season. Additional shows will be announced at a later date.

“We're thrilled to invite you to the start of our new season! Our current listing of shows reflects diversity, equity, inclusion, and accessibility, a hallmark of Kean Stage's mission. And don't think this is all; there's still more to come.” stated manager of Kean Stage Steve Cochran.

Kean Stage’s 2022-2023 season will begin with Hitting New Heights with Broadway’s Mandy Gonzalez and Javier Muñoz on Saturday, October 15, at 7:30 p.m at Enlow Recital Hall. The two stars of In the Heights and Hamilton, Mandy Gonzalez and Javier Muñoz, join voices to celebrate Broadway’s hottest composers, from Stephen Schwartz to Lin Manuel Miranda. Hitting New Heights features songs from Wicked to Hamilton and beyond!

Get into the holiday spirit when the The GRAMMY® Award-winning vocal ensemble Chanticleer performs at Enlow Recital Hall on Saturday, December 3, at 7:30 p.m. Hailed as “the world’s reigning male chorus” by The New Yorker, Chanticleer is known around the world as “an orchestra of voices” for its wide-ranging repertoire and dazzling virtuosity.  Founded in San Francisco in 1978 by singer and musicologist Louis Botto, Chanticleer quickly took its place as one of the most prolific recording and touring ensembles in the world, selling over one million recordings and performing thousands of live concerts to audiences around the world. 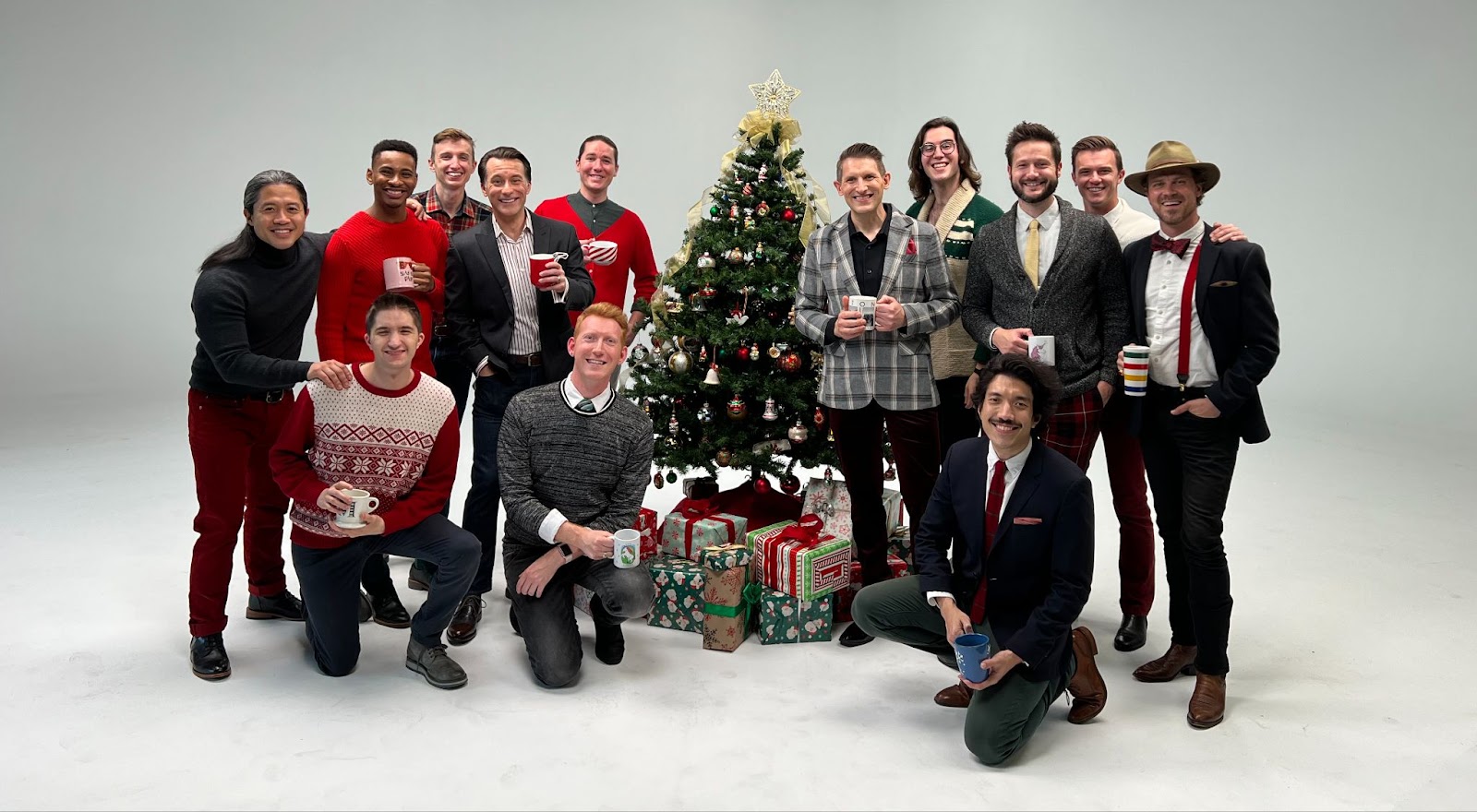 On Sunday, December 18, at 7:30 p.m., GRAMMY® Award-winning musician, singer-songwriter and recording artist José Feliciano performs at Wilkins Theatre. José Feliciano is recognized as the first Latin Artist to effectively cross over into the English music market, opening the doors for other artists who now play an important role in the American music industry. His Christmas song Feliz Navidad has now become a tradition worldwide with ASCAP placing it among the 25 Greatest Holiday Songs of the Century. 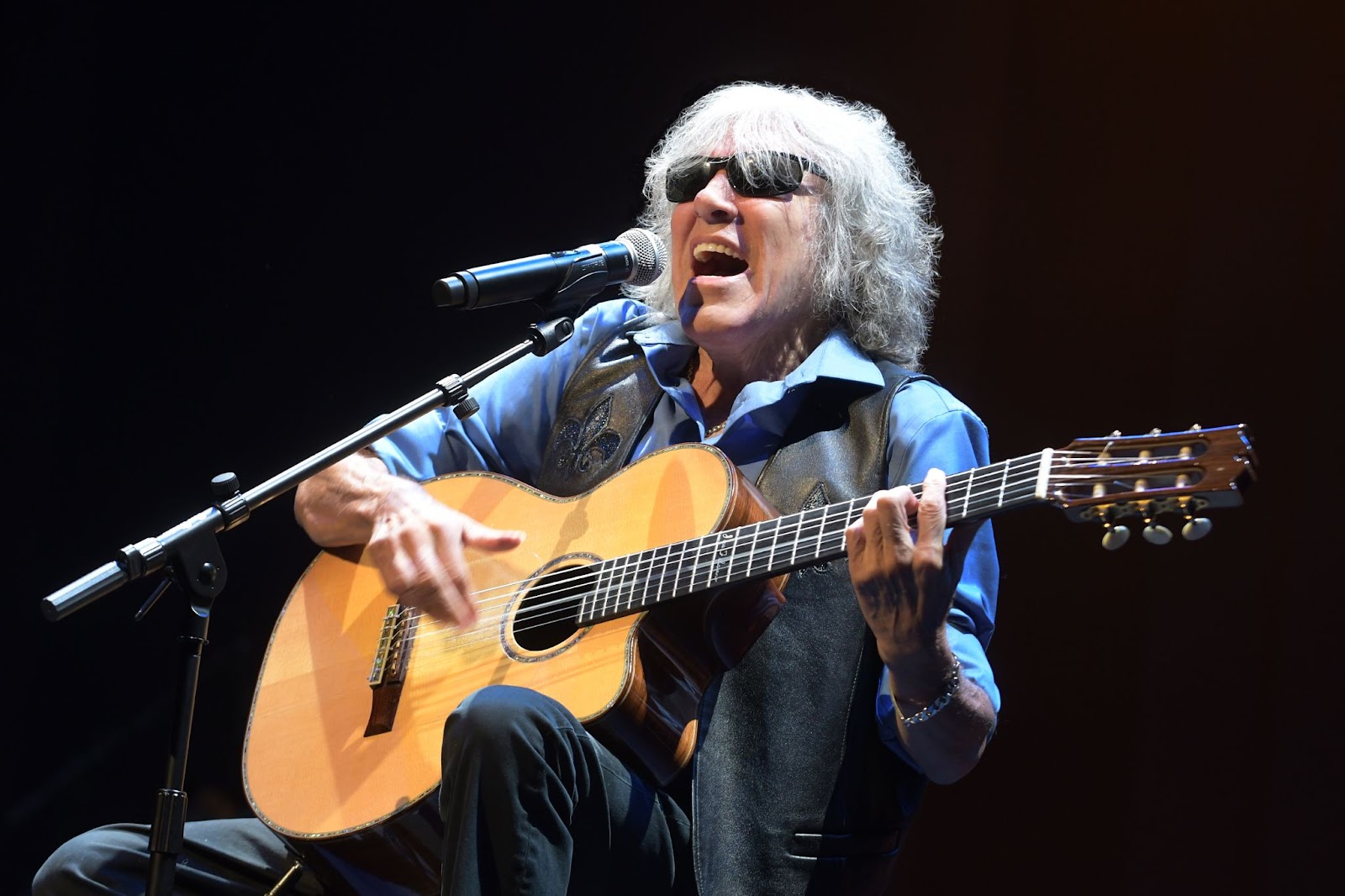 Step Afrika! will perform at Wilkins Theatre on Sunday, January 22, at 7:00 p.m. Step Afrika!, the first professional company dedicated to the tradition of stepping, blends percussive dance styles practiced by historically African American fraternities and sororities; traditional West and Southern African dances; and an array of contemporary dance and art forms into a cohesive, compelling artistic experience. Performances are much more than dance shows; they integrate songs, storytelling, humor and audience participation. 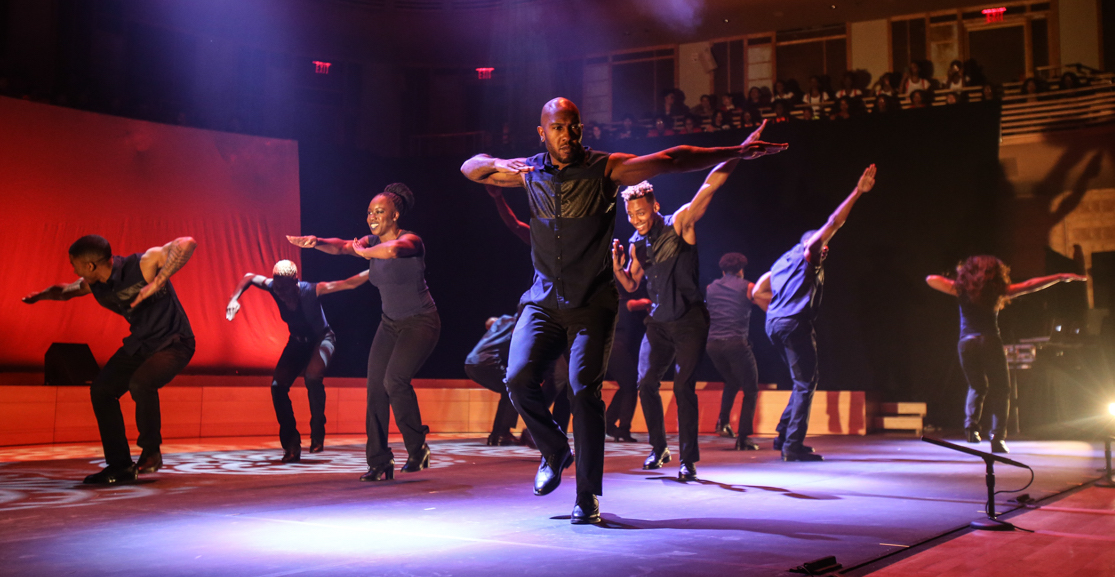 The world’s most famous brass group, Canadian Brass, performs at Enlow Recital Hall on Saturday, January 28, at 7:30 p.m.  Each Canadian Brass concert shows their full range, from trademark Baroque and Dixieland tunes to new compositions and arrangements created especially for them – from formal classical presentation to music served up with lively dialogue and theatrical effects. The hallmark of any Canadian Brass performance is entertainment, spontaneity, virtuosity and, most of all, fun – but never at the expense of the music. 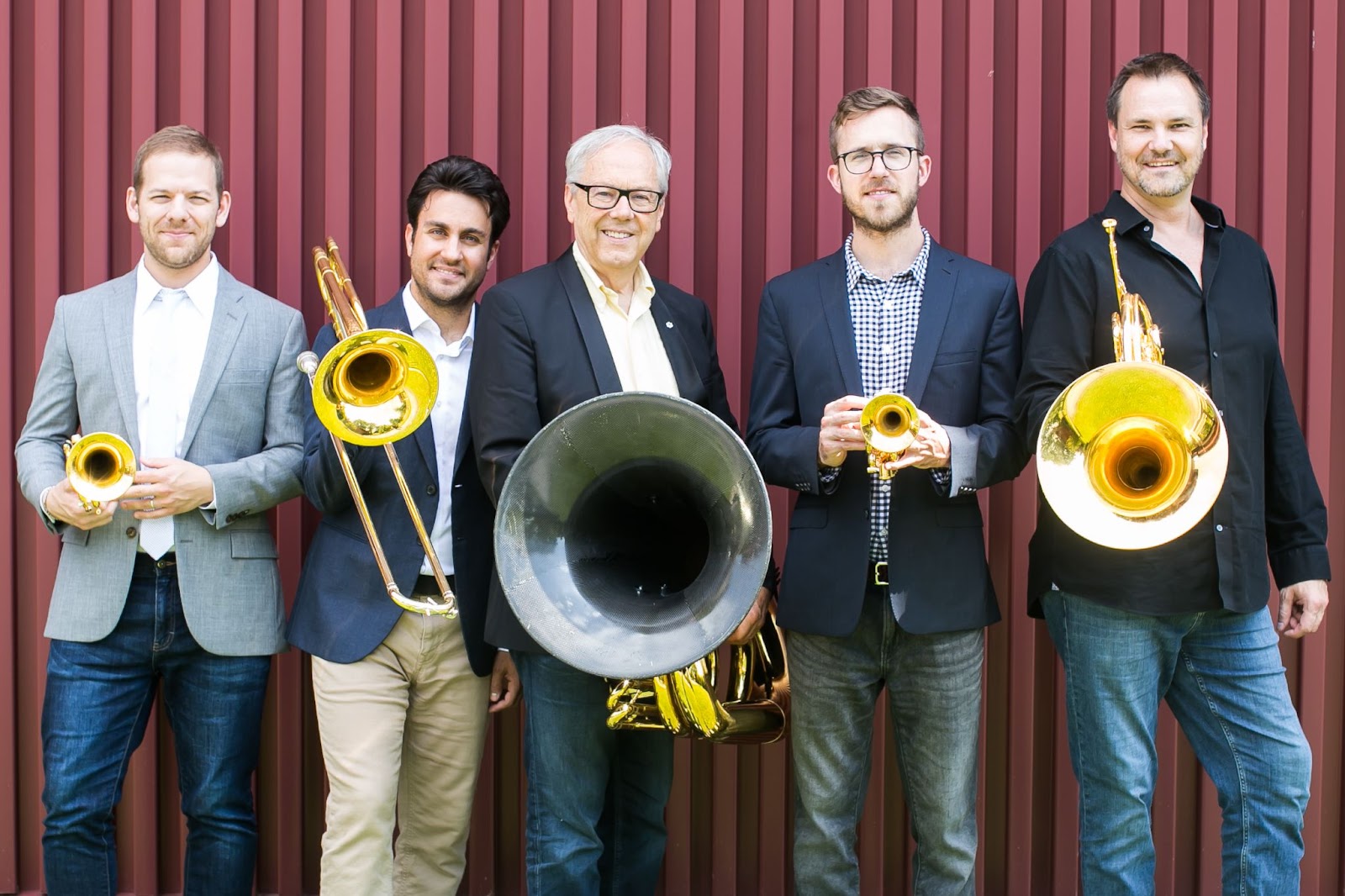 London’s Kingdom Choir performs at Enlow Recital Hall on Saturday, March 11, at 7:30 p.m. The Kingdom Choir first attracted the world’s attention when they performed their show-stopping performance of Stand by Me in front of a world-wide television audience of over two billion at the Royal Wedding of Prince Harry and Meghan Markle in May 2018. Since that infamous day the Choir’s infectious joy and spirit, matched only by their raw Gospel spiritual style, has taken them around the world, including a debut North American tour in 2019. 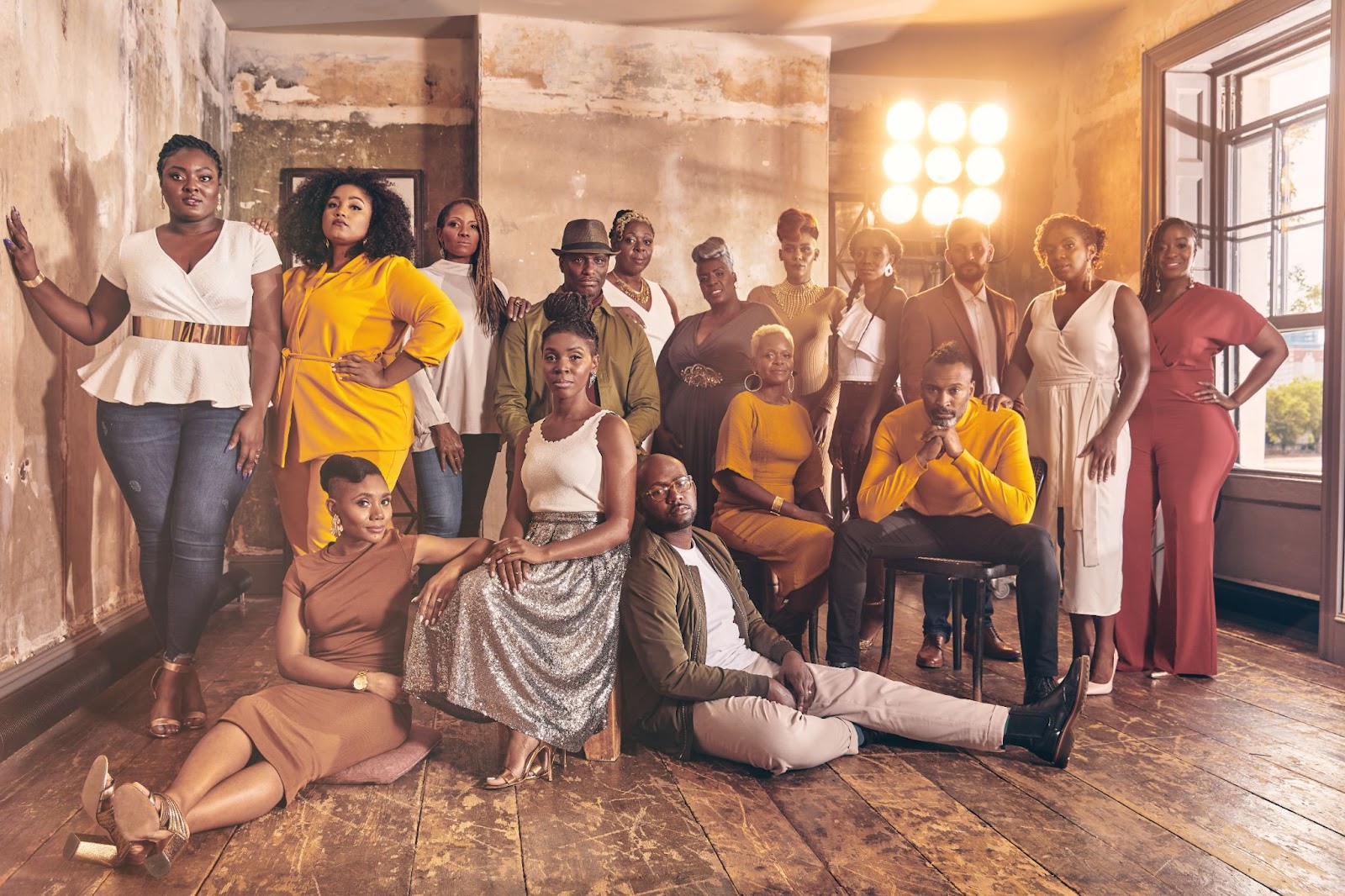 Kean Stage is committed to representing diversity, equity and inclusion in its programming, as well as creating an accessible theatre experience for all. Kean University offers Sign Language Interpretation for events upon request. If you are interested in this service, please contact keanstage@kean.edu with your request so you can be afforded seating in close proximity to the interpreter. Please note that requests for this service must be submitted with a minimum of two weeks' notice prior to the event. Assisted listening devices are also available upon request on the day of the show.

ABOUT KEAN STAGE
Kean Stage at Kean University educates, entertains and challenges audiences by presenting high-quality programs that reflect the diversity of the region and of the arts. These cultural offerings complement the intellectual life of the classroom for our students, increase opportunities for community engagement, and provide affordable access to the arts for New Jersey residents. Audiences of all ages are invited to enjoy a wide range of professional theatre, Broadway tours, dance performances, concerts, international films and family-friendly shows. In addition, Kean Stage encourages University students to attend events, and provides several opportunities to explore the performing arts through masterclasses, workshops, lectures, and employment opportunities as ushers, backstage technicians and box office staff. Visit keanstage.com.

ABOUT KEAN UNIVERSITY
Founded in 1855, Kean University is one of the largest metropolitan institutions of higher education in the region, with a richly diverse student, faculty and staff population. Kean continues to play a key role in the training of teachers and is a hub of educational, technological and cultural enrichment serving more than 16,000 students. The University’s six undergraduate colleges offer more than 50 undergraduate degrees over a full range of academic subjects. The Nathan Weiss Graduate College offers seven doctoral degree programs and more than 70 options for graduate study leading to master’s degrees, professional diplomas or certifications. With campuses in Union, Toms River, Jefferson and Manahawkin, New Jersey, and Wenzhou, China, Kean University furthers its mission by providing an affordable and accessible world-class education. Visit kean.edu.