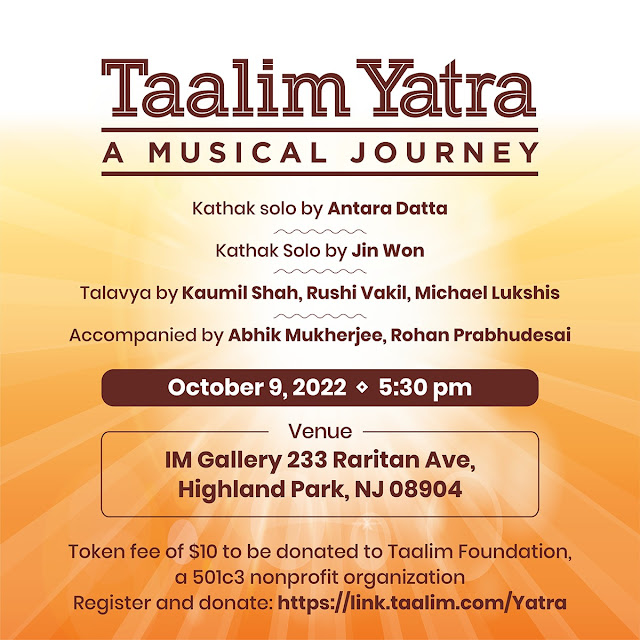 Embark on a musical journey through an array of spectacular Indian classical dance and music performances at the Taalim Yatra concert series. Organized by Taalim Foundation, this first in a new installment of the successful event will be an exciting experience both for audiences and practitioners of Indian performing arts.

Created by Indian rhythm maestro Pandit Divyang Vakil, the Indian hand-drums tabla comes to the center stage in the hands of the young, highly trained players of Talavya – a tabla ensemble that revels in the tablas’ hidden potency as a rhythmic and melodic instrument capable of expressing just about anything.  This high-energy and dynamic percussion ensemble makes the centuries-old art form of tabla accessible to all. 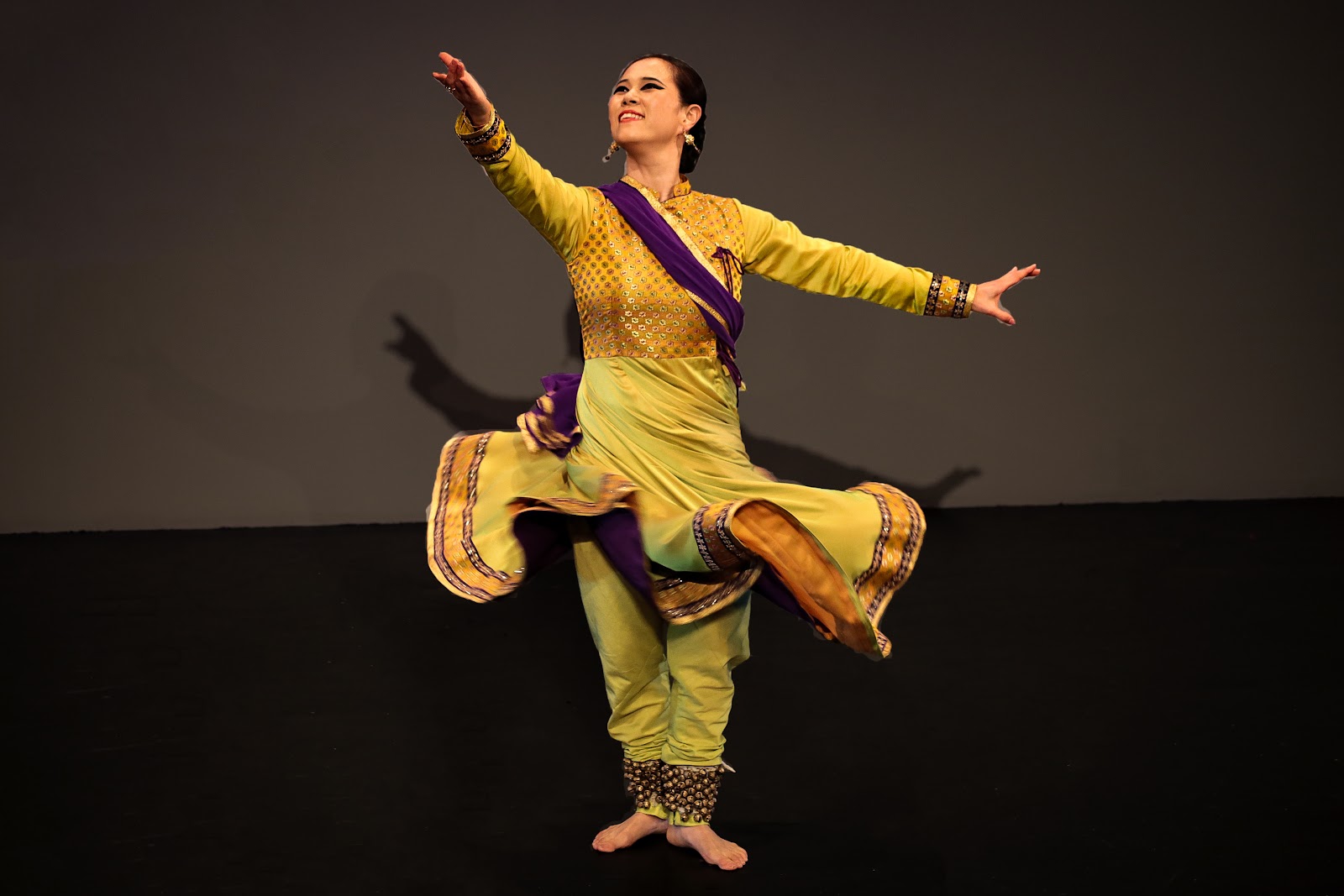 Praised by the NY Times as “an exuberant dancer whose musicality transform[s] her dancing into something primal," dancer, percussionist and the artistic director of “Pradhanica Dance and Music Company”, Jin Won is a one-of-a-kind artist in the field of Indian performing arts who explores the sonic and visual possibilities of rhythm through dance and music. An accomplished Kathak dancer and tabla player of South Korean origin, she spent over 15 years in India training in Indian classical percussion and dance under the tutelage of ‘Guruji’ Pandit Divyang Vakil and Smt. Shubha Desai, respectively. During these artistically formative years, Jin began working with renowned Indian choreographers, established herself as a solo dancer, and performed internationally in countries such as Belgium, Canada, and Korea. 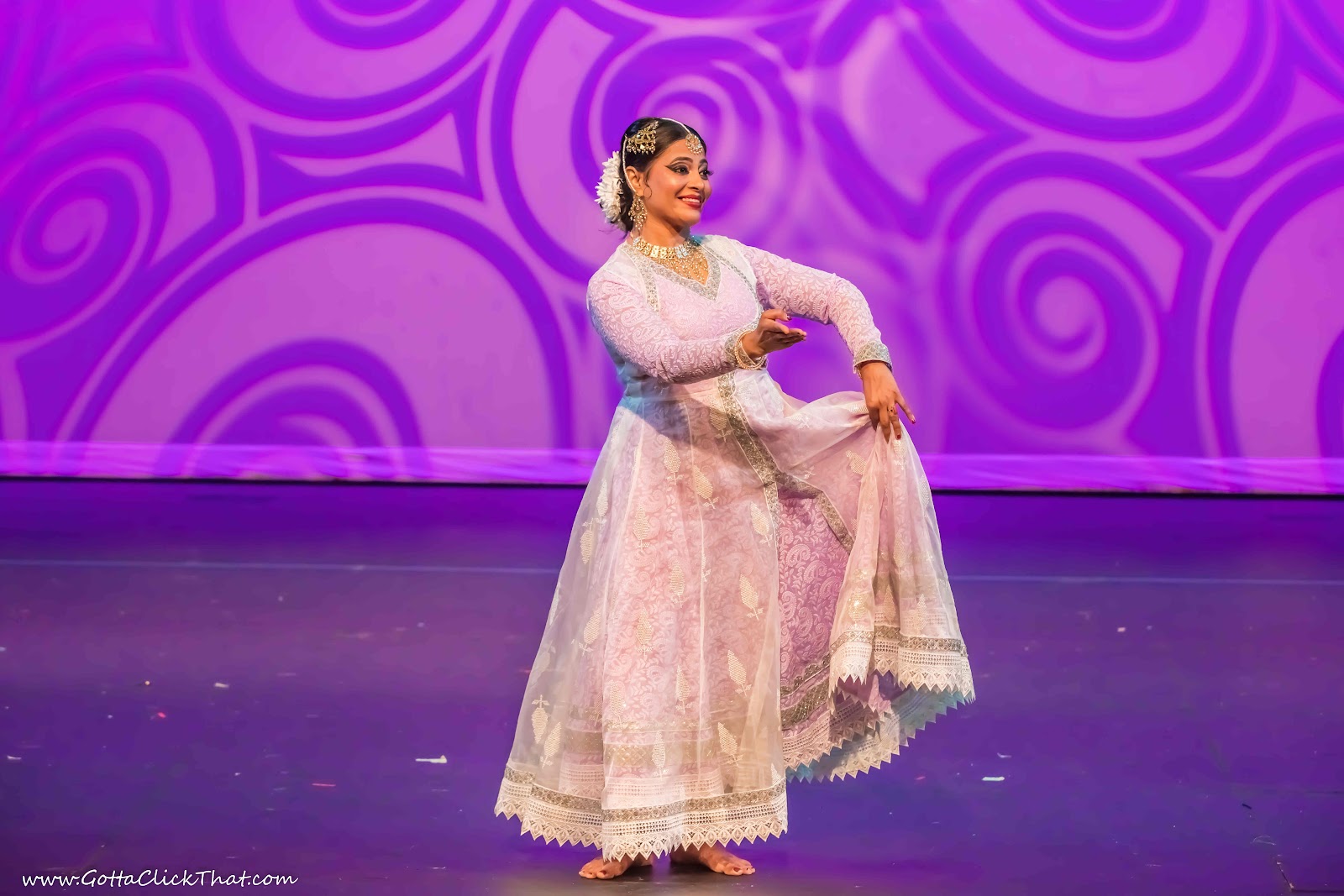 Antara Datta started learning Kathak at the tender age of five from Srimati Laxmi Bannerjee in Kolkata, India. She holds a double diploma in Kathak from the Bangiya Sangeet Parishad in Kolkata and the Prayag Sangeet Samiti in Allahabad, India. She received advanced training in the Lucknow gharana of Kathak from “Sringar Mani" Srimati Anuradha Nag (Artistic director of the Tarangini School of dance, San Jose, California). To hone her skills further, Antara Datta has also received training from Kathak maestro Pandit Birju Maharaj and Vidushi Saswati Sen, during her annual trips to India at Kalashram, New Delhi. In addition, she regularly visits Mahagami (a dance Gurukul in Aurangabad, India) to receive intensive training from Guru Parwati Dutta. Antara receives Taal Vidya training from Guruji, Pandit Divvang Vakil. Antara has performed extensively in both India and abroad and is the Artistic Director of Anga Kala Kathak Academy and Anga Kala Dance Company. She also serves as the President of Arts Without Borders. Antara taught Kathak as an adjunct faculty in Cornish College of Arts Seattle, WA in 2010, Kent State University Kent in Winter 2014, and University of Akron, OH in Winter 2017. 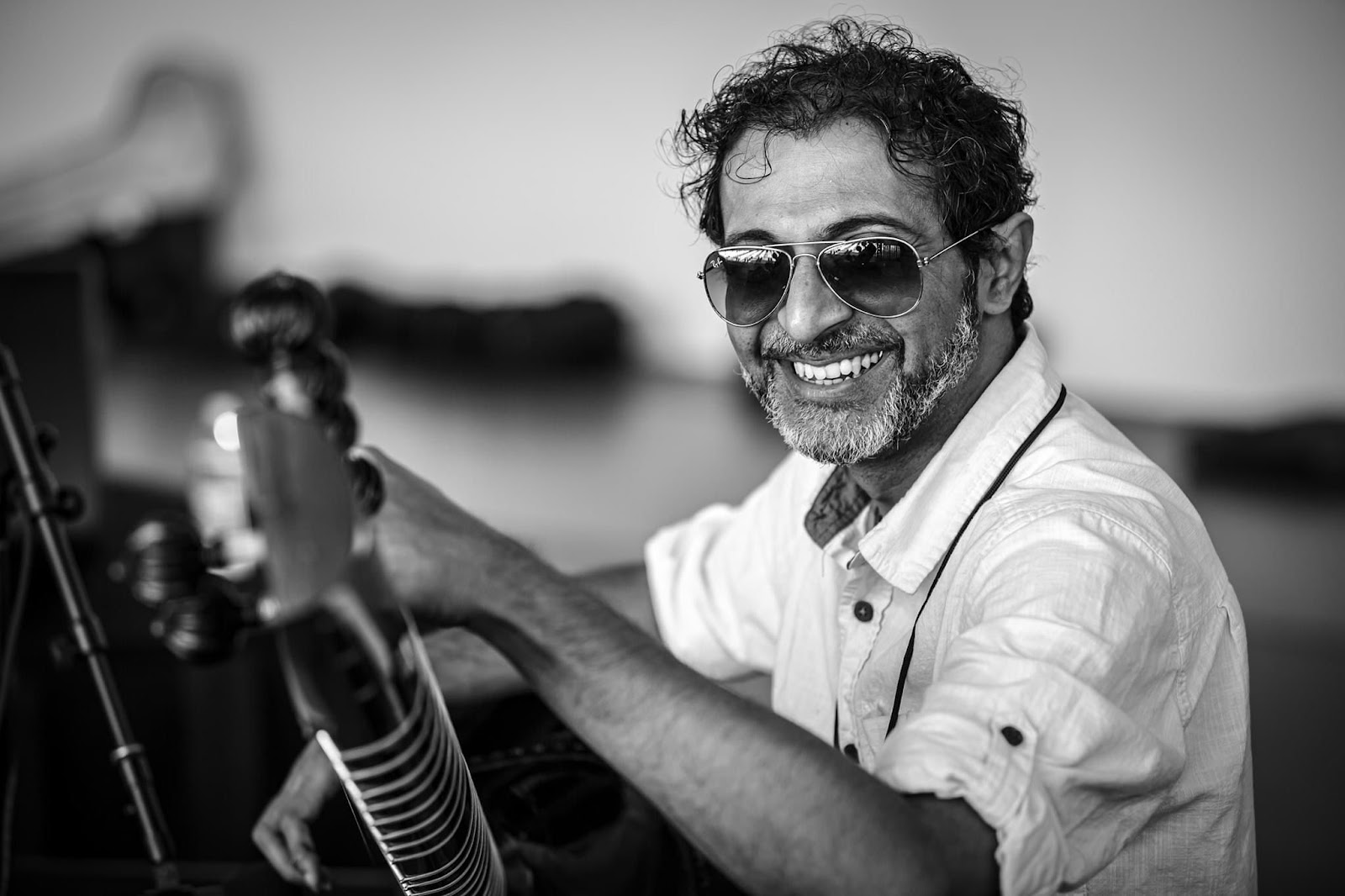 Abhik Mukherjee is an Indian classical sitar artist of the Etawah gharana known for his passion, charisma and spontaneity as a performer and improviser. He received his musical training from Pandit Arvind Parikh and Pandit Kashinath Mukherjee, themselves the disciples of the legendary Ustad Vilayat Khan. He has performed and given workshops in India, the United States, Singapore, Taiwan, Switzerland, Germany, Italy, Denmark, Netherlands, Suriname, Colombia, Cuba and Argentina. He is a founding member of Brooklyn Raga Massive a popular artist collective of NYC, and he is also the academic director of Chhandayan, a leading Indian music school of the east coast. 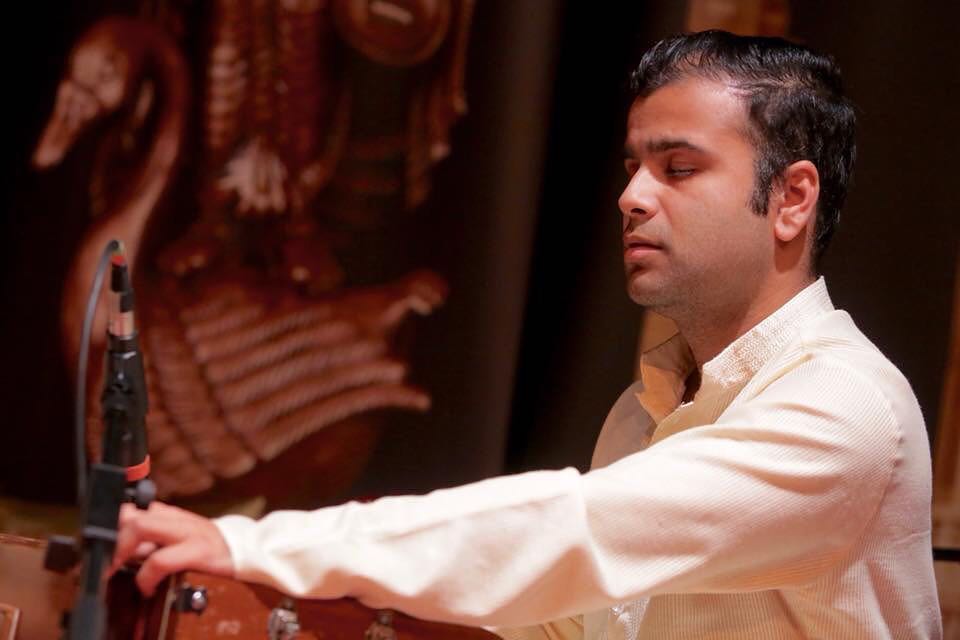 Rohan has been studying Hindustani and western classical music for the past 21 years and more recently, jazz. In India, he started studying at the Goa Kala Academy and later with Kedar Naphade, a senior disciple of Pt. Tulsidas Borkar.

He studied classical piano with Edwin Lopez and Ron Thayer, music director of the Crescent Avenue Presbyterian church music program. He studied composition at NYU Steinhardt and contemporary classical composition at Charles University in Prague, Czech Republic. For the last 5 years, he has been studying jazz with Fred Fischer in Plainfield, NJ.

Taalim Foundation is a 501(c)(3) organization which allows the Taalim community based in New Jersey and New York City to provide quality performing arts and educational experiences to the local and broader communities around the USA. Formed in 2020 but stifled by the Covid-19 pandemic, the organization has resumed its activities in 2022 with renewed vigor to broaden the scope and accessibility of Indian performing arts.