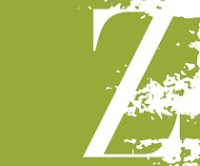 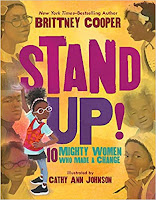 The Zimmerli Art Museum at Rutgers University-New Brunswick is pleased to announce the opening of Stand Up! 10 Mighty Women Who Made a Change on Sept. 28.

The exhibition celebrates the debut picture book of the same title by Brittney Cooper, professor of women's, gender and sexuality studies and Africana studies at Rutgers, with illustrations by Cathy Ann Johnson.

The exhibition features illustrations of all the images in the book, as well as preparatory materials, by Johnson, on public view for the first time.
The author and illustrator stop by the Zimmerli on Sept. 29, from 5 to 7 p.m., to present a reading, discussion and signing for the book Stand Up! 10 Mighty Women Who Made a Change, available from Orchard Books.

“Picture books are an important resource for introducing children to revolutionary figures who may not be included in elementary school curricula,” said Nicole Simpson, the Zimmerli’s assistant curator of prints and drawings, who organized the exhibition. “Cooper’s inspiring text and Johnson’s dynamic illustrations bring these individuals to life for young readers.”

One of the leading Black feminist voices of our time, Cooper brings together stories of women, from historical to contemporary settings, ranging from Civil Rights activists Ruby Bridges and Rosa Parks to modern heroes such as Bree Newsome, who removed the confederate flag from the South Carolina State House grounds, and Mari Copeny, a youth activist who fought for clean water in Flint, Michigan.

Cooper's text depicts both famous and unsung Black women who took a stand and made the world a better place for future generations. Each heroic figure is interconnected by a united quest for equity, and offers young readers a stirring, inspirational call to action, reminding them that they are mighty too, and can be forces for change when they stand up!

“Rutgers provides many exciting opportunities for collaboration across the university,” Zimmerli director Maura Reilly said. “We are delighted to work with Professor Cooper and Ms. Johnson to encourage young people to consider their roles in creating positive change.”

Stand Up! is on view in the Zimmerli’s Duvoisin Gallery, dedicated to showcasing original artwork for children’s books. This ongoing rotation of exhibitions serves to educate audiences about the craft of book illustration, providing rare insight into the creative process.

Stand Up! 10 Mighty Women Who Made a Change, organized by Nicole Simpson, assistant curator of prints and drawings, is on view Sept. 28 through Feb. 12, 2023. Bilingual labels, in English and Spanish, accompany the works.
To schedule a class or group tour, please contact the Education Department (education@zimmerli.rutgers.edu) at least three weeks in advance. 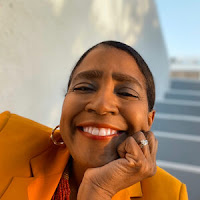 Cathy Ann Johnson received her Bachelor of Fine Arts degree from the Columbus College of Arts and Design. She spent several years at Hallmark Greeting Cards, where she honed her skills crafting emotional content that speaks to children. Johnson loves connecting words to pictures, and her whimsical and lyrical style focuses on layouts that echo a child’s perspective. Her work has appeared in children’s books, magazines, posters, home décor, gifts and more. She currently works from Downtown Decatur, Georgia, as well as a satellite studio in Rome, Italy. In her spare time, Johnson, her husband, and their cute doggie enjoy roaming Rome and chasing castles in medieval towns.

Brittney Cooper is the New York Times bestselling author of Eloquent Rage: A Black Woman Discovers her Superpowers. A professor of Women's, Gender, and Sexuality Studies and Africana studies at Rutgers University, she cofounded the Crunk Feminist Collective, and her cultural commentary has been featured on MSNBC’s All In with Chris Hayes, Melissa Harris-Perry, the New York Times, New York Magazine, Marie Claire, The Cut, The Washington Post, NPR, PBS, Al Jazeera’s Third Rail, Ebony.com, Essence.com, TheRoot.com and TED.com, and has been named four times to The Root 100.

Admission is free to the Zimmerli Art Museum at Rutgers. The museum is located at 71 Hamilton Street (at George Street) on the College Avenue Campus of Rutgers University in New Brunswick. The Zimmerli is a short walk from the NJ Transit train station in New Brunswick, midway between New York City and Philadelphia.

The Zimmerli Art Museum is open Wednesday and Friday, 11 a.m. to 6 p.m.; Thursday, 11 a.m. to 8 p.m.; Saturday and Sunday, noon to 5 p.m. The museum is closed Monday and Tuesday, as well as major holidays and the month of August.

For the most current information, including safety protocols, parking, and accessibility, visit zimmerli.rutgers.edu.

The Zimmerli’s operations, exhibitions, and programs are funded in part by Rutgers, The State University of New Jersey, and income from the Avenir Foundation Endowment and the Andrew W. Mellon Foundation Endowment, among others. Additional support comes from the New Jersey State Council of the Arts, as well as donors, members, and friends of the museum.
Posted by Ruth Ross