New Jersey Repertory Company is proud to present the U.S. Premiere of "The Hummingbirds: A Comedy of Menace" 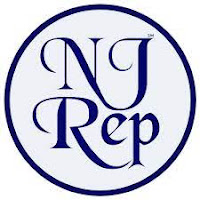 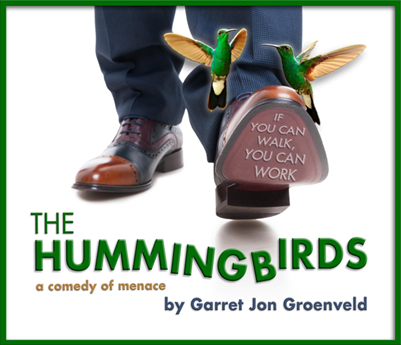 New Jersey Repertory Company is proud to present the U.S. Premiere of The Hummingbirds: A Comedy of Menace written by Garret Jon Groenveld.
Been unemployed too long? At the Unemployment Bureau, we can place you in a job you may not be qualified for or a job that's not safe, but you will do it. Because if you can walk, you can work! A comic-drama set in the future, which may be closer than you think. 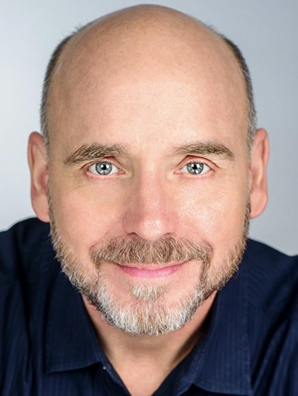 Michael Irvin Pollard returns to NJ Rep after previously appearing in LUCKY ME, HAPPY, RELEASE POINT, NIGHT TRAIN, YANKEE TAVERN, DEAD RINGER, APPLE, TEN PERCENT OF MOLLY SNYDER and BIG BOYS as well as several Theatre Brut festivals and numerous staged readings. Other regional credits include performances at Shadowland Stages, Centenary Stage Co., Forestburgh Playhouse, Seven Angels Theatre, The Theater Project, the Adirondack Theatre Festival, Writer’s Theatre of NJ, the Depot Theatre, the Pioneer Valley Summer Theatre, George Street Playhouse and the Cincinnati Playhouse in the Park where he was a member of the professional actor training program. In New York city Michael performed most recently in Pan Asian Rep’s critically acclaimed production of DAYBREAK and is best known for his work in improvisation and sketch comedy, with performances in various venues including the West Bank Café, the West Side Arts Center, the Avalon Theatre and the Pearl Theatre. 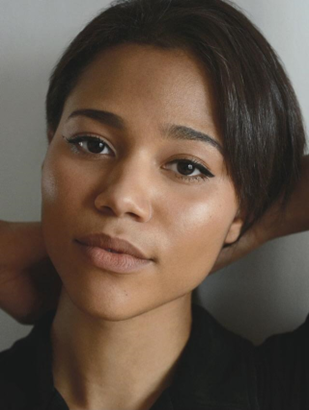 Sophia Lucia Parola was born and raised in New Jersey. She started her training at Brookdale Community College and has since studied at Stella Adler Studio, HB Studio, and privately. Some of her favorite theatrical roles include Demetrius in A MIDSUMMER NIGHT'S DREAM, Lady Anne in RICHARD III with Hip To Hip Theatre, and Trish in THE PROMOTION, here at New Jersey Repertory Company. Sophia has also recently appeared on FBI: Most Wanted, and stars in indie films MAIJUANA MINUTES, and LAST KNOWN LOCATION. Sophia is also a professional Red-Carpet Host for Garden State Film Festival and Cinequest Film Festival. www.sophiaparola.com


Garret Jon Groenveld (Playwright) is a poet and playwright living in San Francisco, CA with an MFA in Poetry and an MA in Playwriting from San Francisco State University. He also studied with Edward Albee at the University of Houston. He's a founding writer of PlayGround and an inaugural member of the Writers in Residence program at the Playwrights Foundation. His play MISSIVES had well received productions in San Francisco and New York. His play, THE HUMMINGBIRDS, is a winner of the 2012 GAP Festival from the Aurora Theatre in Berkeley and the winner of the Internationalists Global Playwriting Prize. This prize included six presentations in six countries (including New York, Berlin and the Netherlands) and has led to productions worldwide, including an ongoing tour of Romania and an extended run in Mexico City, Mexico. THE HUMMINGBIRDS had a workshop with Olympia Dukakis at the Lark and was in the Theatre Resources Unlimited (TRU) Reading Series in 2015 (with Ellen McLaughlin). His play, THE EMPTY NESTERS was in 2014's Theatre Resources Unlimited Reading series and had a production workshop in San Francisco in 2015. An open-ended tour of the show premiered in San Francisco in 2016 and a tour is planned for 2019 with stops in LA, Chicago and New York.

SuzAnne Barabas (Director/Artistic Producer), has been the Artistic Director of NJ Rep for the past 24 years. SuzAnne is a member of Actors Equity Association, the Dramatist Guild, and the Society of Directors & Choreographers.
Posted by Ruth Ross