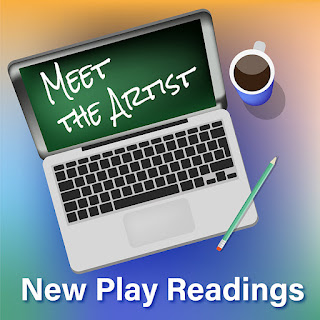 WHEN: Wednesday, May 25, at 7:30 pm
WHERE: Oakes Center, 120 Morris Avenue in Summit
TICKETS: $10.
For touchless advance ticket purchases, go to our website. For more information, call 908-514-9654. The theatre at Oakes Center is wheelchair accessible. The parking lot is accessible from Ashwood Avenue, behind the theatre. For information on any of Vivid Stage's programs, please call 908-514-9654, www.vividstage.org.

This event is part of the New Jersey Theatre Alliance 2022 Stages Festival, made possible by support from the New Jersey State Council on the Arts, a partner agency of the National Endowment for the Arts; Bank of America; The Horizon Foundation for New Jersey; OceanFirst Foundation; the George A. Ohl, Jr. Trust; New Jersey Historical Commission; and Fund for the New Jersey Blind. www.njtheatrealliance.org/stages

The new play reading series is a chance for the audience to participate in the development of new works, both to hear the plays read by professional actors and also to discuss the projects with the playwright, director and actors afterward. There will be an opportunity for the audience to provide feedback to the team after every performance.

Lydia’s daughter hasn’t returned home since a series of subway bombings in an unnamed city. Now Lydia’s forced to wait for the news with her annoying son-in-law, Donald, and a mysterious millennial photographer who won’t stop following her. A dark comedy about maternal impotence in a terrorist age. 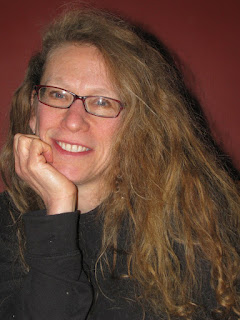 Vivid Stage’s programs are funded by the New Jersey State Council on the Arts/Department of State, a Partner Agency of the National Endowment for the Arts, the Geraldine R. Dodge Foundation and many other corporations, foundations and individuals.  Vivid Stage is an Equity Producing member of the New Jersey Theatre Alliance.

Vivid Stage, Inc. is a 501(c)(3) corporation, incorporated under the laws

of the State of New Jersey.