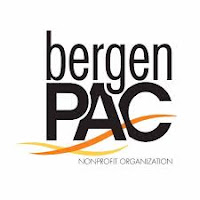 bergenPAC re-announces shows that were postponed due to the pandemic and will take place in the newly renovated theater when it reopens in Fall 2022. From your favorite reality TV cast members and game shows to popular artists, bergenPAC offers something for everyone.

To stay up to date, please visit bergenpac.org/events for new show information. A list of rescheduled events is included below.

Celebrating his 66th year as a recording artist, legendary singer Johnny Mathis is The Voice of Romance. A sublime vocalist whose approach to pop music eclipses passing fads and trends, Mathis has performed songs in an incredible variety of styles and categories—from music composed for stage and film to golden era jazz standards, contemporary pop hits, and holiday music, all of which has assured his reputation as one of the most enduring vocalists in music history.

Best-known for hits like “Chances Are,” “It's Not for Me to Say,” and “Misty,” Mathis has recorded close to 80 albums. During his extensive career he has achieved 50 Hits on Billboard’s Adult Contemporary Chart and ranks as the all-time #6 album artist in the history of Billboard’s pop album charts. He has received five GRAMMY Nominations, and in 2003 he was given the Lifetime Achievement Award from the Academy of Recording Arts and Sciences. Johnny continues to be Columbia Records’ longest-signed artist, and to fans of all ages The Voice of Christmas.

Believe the impossible! The hit television series, Masters of Illusion, breaks out of the box and into bergenPAC. Nothing beats the experience of seeing a magic show in person and this one serves up the time-honored art of the master illusionist combined with the speed and modern design of the 21st century.

You'll see grand illusions, levitating women, appearances and vanishes, escapes, comedy magic, sleight of hand and beautiful dancers...everything you could possibly imagine and performances that you never dreamed possible—all rolled up into a live show. No camera tricks, no computer graphics—just amazing illusions in real time in front of a live audience.

Blessed with what the New York Times described as a “beautiful countertenor,” singer Art Garfunkel has made an indelible mark on the music world as a solo artist and half of the unrivaled Simon & Garfunkel. He has also enjoyed a successful film career, published a book of poetry, and released 12 solo albums, the most recent being “Some Enchanted Evening” in 2007. Hear this legendary voice sing his favorites of his numerous hits throughout the years.

In a career spanning almost 50 years, Engelbert Humperdinck has sold more than 140 million records, including hits like “Release Me,” “After the Lovin,” and “When There’s No You.” He has recorded everything from the most romantic ballads to movie theme songs, disco, rock, and even gospel. His unique voice has charmed millions of fans around the globe.

MANIA (formerly ABBA MANIA) formed in 1999 and the show has been selling out theatres and concert halls internationally ever since. This show has toured the world in its quest to bring the music of the Swedish ‘Supergroup’ to their millions of fans, old and new! The show has been successfully touring the USA annually since 2009 with over 400 performances, many of the venues book the show every year as it has become a ‘tradition’ for both the show and the audiences. The thirst for this sensational recreation of abba’s concert is getting stronger every year.

ABBA’s timeless songs were written to be enjoyed live and MANIA gives you exactly that. Two hours of uplifting, dance inducing and sometimes heart-breaking songs, fully live with fantastic staging, lighting, and effects. The show recreates ABBA’s sound not only perfectly, but respectfully too. MANIA is not only for life long, die hard ABBA fans but the new generation of fans, who never had the opportunity to see ‘ABBA’ live. Hits include ‘Dancing Queen’, ‘Waterloo’, ‘Mamma Mia’, ‘The Winner Takes It All’, ‘Super Trouper’, ‘Fernando’, ‘Take A Chance on Me’ and many more that continue to fill dance floors worldwide.

Since releasing his triple-platinum debut album in 1987, singer-songwriter Richard Marx has racked up hits for himself and other artists across the genres and decades. His top singles include “Endless Summer Nights,” “Hold on to the Nights,” “Right Here Waiting,” “Now and Forever” and “At the Beginning,” with Donna Lewis. His writing credits includes hits like “This I Promise You” by NSYNC and “Dance with My Father” by Luther Vandross.

Continuing a centuries old tradition, 100 choristers from 30 different nations between the ages of ten and fourteen, divided into four touring choirs give around 300 concerts and performances each year in front of almost half a million people. Each group spends nine to eleven weeks of the school year on tour traveling and performing all over the world. The choir’s repertoire includes everything from medieval to contemporary and experimental music. Motets and lieder for boys’ choir form the core of the touring repertoire, as do the choir’s own arrangements of quintessentially Viennese music, waltzes and polkas by Lanner and Strauss.