WHEN: Friday, June 3, at 7:00 p.m.; Saturday, June 4, at 8:00 p.m.; Sunday, June 5, at 2:00 p.m.
WHERE: New Brunswick Performing Arts Center, 11 Livingston Avenue, New Brunswick, NJ 08901. The venue can be reached by car or New Jersey Transit and has ample parking in its attached parking deck.
TICKETS: Tickets start at $25 and are available at https://secure.nbpac.org/movinandgroovin

“American Repertory Ballet is committed to fostering the presentation of diverse makers, movements and modalities in ballet and dance,” says Artistic Director Ethan Stiefel. “Movin’ + Groovin’ celebrates these ideas by commissioning three choreographers who are fresh and entering into a pivotal time in their careers. Their singular vocabularies and backgrounds will create an exhilarating evening of dance.”

The program features:  Claire Davison’s Time Within Time, set to the music of Fleetwood Mac; Ja’ Malik’s Moving to Bach, set to Bach’s Sonata for Violin Solo No.1; and a new work by Caili Quan, inspired by an eclectic music mix ranging from Boban Marković Orchestra to Gabriella Smith’s Carrot Revolution performed by the Aizuri Quartet. 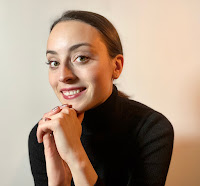 Inspired by six songs from the legendary band Fleetwood Mac, Time Within Time reflects on recent years and how it might feel to return to a place, such as a theater, studio, workplace—or to each other. It is also a celebration! “We are happy to be together again,” says Claire Davison. “I am thrilled to be returning to ARB as the dancers are a dream to work with: talented, eager, passionate and willing to play. And the music of Fleetwood Mac is unbeatable.”

Davison currently dances with American Ballet Theatre (ABT). Her choreographic credits include One of Us (2019) for Boulder Ballet and Por Ti for Kaatsbaan Cultural Park’s 2021 Summer Festival. In 2021, Davison was also the selected choreographer for New York Theatre Ballet’s Lift Lab. She participated in ABT’s 2022 Incubator program and created a one-woman show, Crash Test Dummy, for which she received the Bindlestiff Family Cirkus First of May award.

Newly appointed Artistic Director of Madison Ballet, Ja’ Malik, has been called a “choreographer to watch” by The New York Times. Describing his piece Moving to Bach, Malik says he was “inspired by both the dancers of ARB and Bach’s beautiful Sonata for Violin Solo No. 1. This new work for five dancers will create an ever-evolving world of exhilarating physicality in both a direct relation and counter relation to the rhythmically serene and sometimes explosive score by Bach.”

Malik previously danced with North Carolina Dance Theater (now Charlotte Ballet), BalletX, Ballet Hispanico, in addition to working with Camille A. Brown (For Colored…at the Public Theater), Juel D. Lane, and College Dance Collective among others. With a deep connection to music, Malik’s choreography draws on his own personal life experiences as well as the world around him to create physically emotional works that allow both dancers and audiences to experience a connection through the language of movement.

Caili Quan is a New York-based choreographer and a Creative Associate at The Juilliard School. Her new piece for ARB is inspired by how the body is affected during sleep. “Sleep gives us a place to recover, but it is also where our minds choose memories to keep. It also allows us space to reminisce and dream,” she says. “The music for the work is an eclectic mix that made me want to move, but also felt like a soundtrack to our dreams.”

Quan danced and choreographed for BalletX, and has created works for The Juilliard School, Nashville Ballet, and others. Her short documentary called Mahålang weaves familial conversations of her Chamorro Filipino upbringing on Guam with scenes from BalletX's Love Letter, and was shown at the Hawai’i International Film Festival, CAAMFest, and the Dance on Camera Festival at Lincoln Center.  She will be an artist in residence at the 2022 Vail Dance Festival.

Beginning March 1, 2022, all patrons attending a performance at the New Brunswick Performing Arts Center (NBPAC) must show proof of vaccination, including a booster if eligible. If not vaccinated, you must present a Negative COVID-19 PCR test taken within 72 hours of the performance date.

Led by Artistic Director Ethan Stiefel, with Artistic Associate Gillian Murphy, American Repertory Ballet (ARB) is New Jersey’s preeminent ballet company, presenting classical repertory alongside new and existing contemporary work. ARB is a founding resident company of the New Brunswick Performing Arts Center while also performing in major venues across New Jersey and beyond for an annual audience of more than 30,000. Founded in 1954 as the Princeton Ballet Society, ARB has been designated a “Major Arts Institution” by the New Jersey State Council on the Arts consistently for the past two decades and has repeatedly been awarded a Citation of Excellence by the Council. The company has been recognized by the National Endowment for the Arts and other major foundations and leaders in the field as a prominent force in the field of dance. Princeton Ballet School, ARB’s official school, attracts talent from around the world while providing opportunities for local students of all ages, such as through its award-winning DANCE POWER program. arballet.org