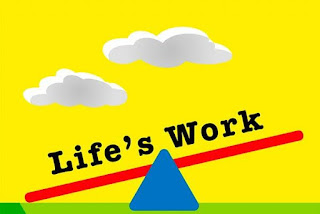 Vivid Stage, formerly Dreamcatcher Repertory Theatre, presents a world premiere production of
Life’s Work
by Laura Ekstrand
WHEN: April 21 through May 1. Performances are Thursday, Friday and Saturday nights at 8pm, and Sundays at 2pm. Special dates: Thursday, April 21, is a preview performance; all tickets are $25. Sunday, April 24, is Senior Sunday; seniors age 65+ pay $25. Talkbacks follow the April 24 and May 1 matinees.
WHERE: Oakes Center at 120 Morris Avenue in Summit
TICKETS: $25 to $39, with special rates for subscribers and groups.
For touchless advance ticket purchases, go to our website.
For more information, call 908-514-9654.
The theatre at Oakes Center is wheelchair accessible.
The parking lot is accessible from Ashwood Avenue, behind the theatre.
For information on any of Vivid Stage's programs, please call 908-514-9654, www.vividstage.org.
Vivid Stage will require all visitors to show proof of vaccination and a photo ID for all events, and to mask throughout their time in the facility. Proof of vaccination may include a valid paper vaccination record, a photo of a valid vaccination record, the NJ Docket App, or equivalent app from your state.
Life’s Work is a new play by Vivid’s Artistic Director, written with the ensemble members in mind.
Every intimate relationship is based on a web of understanding, whether implicit or explicit. In this comic drama, two couples discover what happens when their agreements around work and money shift and evolve. Chip suddenly decides to quit his corporate job, blindsiding his wife Lynn, who is just returning to her career after years as a primary caregiver. Shelly, a photographer who earns her living as a barista, navigates her relationship with the practical Eduardo, a restaurant manager. This world premiere production asks, "Is it possible for a partnership to survive when the ground rules change?" 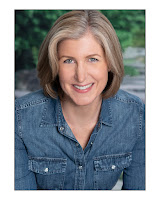 Laura Ekstrand is founder/Artistic Director of Vivid Stage, formerly Dreamcatcher Rep, in Summit, NJ. Laura’s plays have been produced at Vivid Stage, NJ Rep, Luna Stage, Mile Square Theatre, and Creative Place Theatre. Full-length plays include Life’s Work, A Certain Age, What Stays (with Jason Szamreta), Whatever Will Be, The Neighborhood (Book and Lyrics; Music by Joe Zawila), Brink of Life (Book; Lyrics by Steve Harper; Music by Oliver Lake) and Astonishment, How to be Old: A Beginner’s Guide, and At Ninety-Three (Adaptations). Short plays include Horoscope, Bob, Stung, Moment of Truth, June Asserts Herself, and others.

As an actor, she has appeared in NJ at Vivid, Centenary Stage, Bickford Theatre, Passage Theater, 12 Miles West, The Theater Project, Luna Stage, and Pushcart Players. In New York: Naked Angels, Ensemble Studio Theatre, and New Georges. Film: Split Ends, High Art and I Shot Andy Warhol. Television: Hack, Sex And The City, Law & Order, and The Guiding Light. As a director: Twirl, Dead and Buried, The How and the Why, Next Fall, Distracted, The Pursuit Of Happiness, Melancholy Play, Pride’s Crossing and Full Bloom. She holds a BA from Yale University and an MFA from Sarah Lawrence College. She is a member of AEA, SAG-AFTRA and the Dramatists Guild.

Vivid Stage was founded in 1994 as Dreamcatcher Rep, and is a non-profit professional ensemble of actors who build community with the audience by sharing contemporary, life-affirming stories that challenge, energize and entertain. Our work has at its heart a belief in the essential goodness of people and the power of live performance to connect people through our shared humanity. We expose theatregoers to ideas and lives like and unlike their own with the intention of awakening their imaginations and creating empathy for others. We deepen the experience of all our patrons with personal contact through receptions, talkbacks, and interactive programs.

Vivid Stage, Inc. is a 501(c)(3) corporation, incorporated under the laws
of the State of New Jersey.
Posted by Ruth Ross