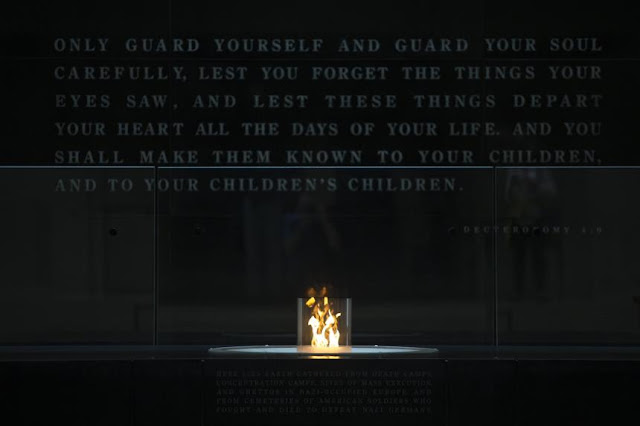 "Holocaust & Genocide Awareness Month highlights the integral principles of the Holocaust Resource Center: education and respect. The month allows the community to remember all the lives lost to mass genocide across the world with a focus on educating communities against the accumulation of hatred and violence, allowing the newer generations to learn about the mistakes of past while mourning victims and respecting their families. It is a month to ensure that this said hatred and violence does not amass into catastrophic events of death once again."— Holocaust Resource Center Kean University 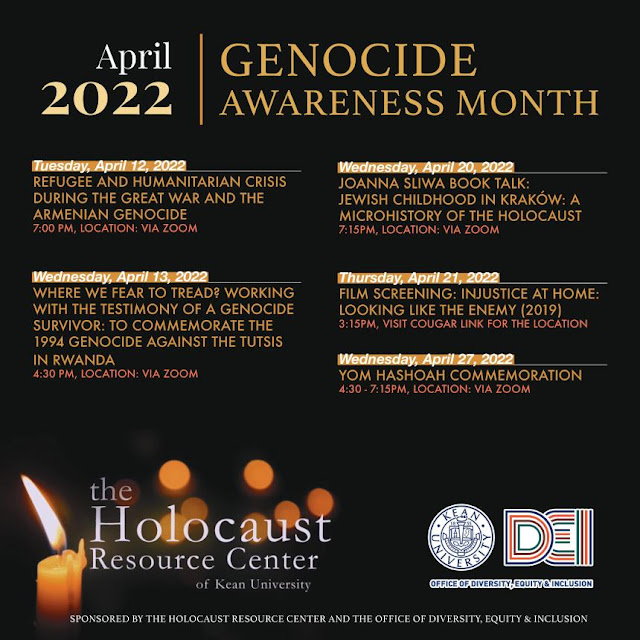 "The world has witnessed nearly a century of genocides that all began in April. Millions of people perished; cultures were destroyed; communities and nations were ruined.

It was in April 1915 that the Ottoman government began rounding up and murdering leading Armenian politicians, businessmen and intellectuals, a step that led to the extermination of more than a million Armenians.

In April 1933, the Nazis issued a decree paving the way for the "final solution," the annihilation of 6 million Jews of Europe.

In April 1992, the siege of Sarajevo began in Bosnia. It was the longest siege in modern history, and more than 10,000 people perished, including 1,500 children.

In April 1994, the plane carrying the president of Rwanda crashed and triggered the beginning of a genocide that killed more than 800,000 people in 100 days.

In April 2003, innocent civilians in Sudan's Darfur region were attacked; 400,000 have been killed and 2.5 million displaced in a genocide that continues today." -Ellen J. Kennedy.