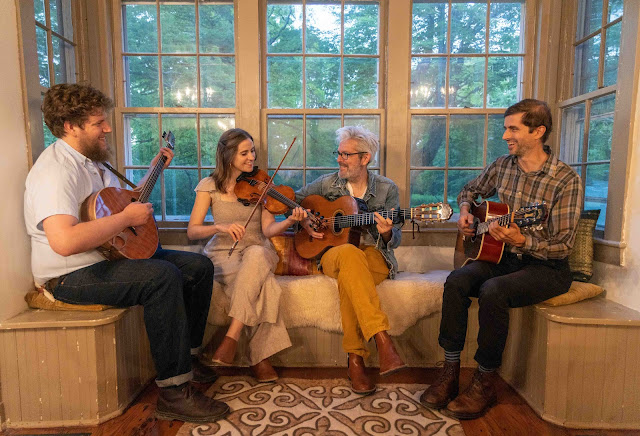 WHEN: Sunday, March 20, at 2:00 pm
WHERE: Sitnik Theatre, Lackland Performing Arts Center at 715 Grand Avenue, Hackettstown, NJ on the campus of Centenary University
TICKETS: $15.00 to $25.00, and ticket prices increase $5.00 the day of the performances. This event will also be live streamed, and links are available for $10.00 each.
For more information, go to centenarystageco.org or call Centenary Stage Company’s box office at (908) 979-0900. The Centenary Stage Company box office is open Monday through Friday from 1 – 5 PM and two hours prior to all performances. Centenary Stage Company can also be found across social media platforms; Facebook, Twitter, TikTok, and Instagram. Like and follow to receive the latest in CSC news and special offers.

Irish musician Seamus Egan, founder of the popular band Solas, brings not only his multiple talents but also those of several musical colleagues to the Lackland Performing Arts Center.

Egan plays the Irish flute, tenor banjo, guitar, mandolin and tin whistle, among other instruments. “From his beginnings as a teen prodigy, to his founding of the Irish-American powerhouse band Solas, to his current project touring with friends and musical guests, Egan has helped define the sound of Irish music today,” Methow Arts said in a press release. As a composer, he was behind the soundtrack for the award-winning film “Brothers McMullen” and co-wrote Sarah McLachlan’s breakout hit, “Weep Not for the Memories.”