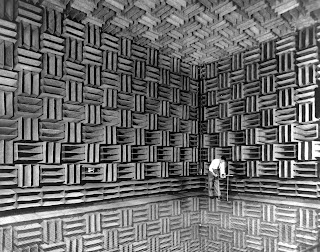 Ma Bell: The Mother of Invention in New Jersey

WHEN: Opens to the public on Sunday, March 13, 2022, during regular museum hours of 10 a.m. to 4 p.m., and will remain on view for nearly a year. Morven members and invited guests will have early access to the exhibit, starting with an Opening Reception on Thursday, March 10, at 5:30 p.m., followed by Member Preview Days on Friday, March 11, and Saturday, March 12, from 10 a.m. to 4 p.m. Light refreshments will be served at the Opening Reception.
WHERE: Morven Museum & Garden, 55 Stockton St, Princeton, NJ
ADMISSION: $10 for general admission and $5 for Morven members.
To reserve a ticket for an upcoming visit, go to morven.org/tickets.
Showcasing the ways in which NJ-born creations came to be the building blocks of today’s technology, Morven Museum & Garden is delighted to announce its upcoming new exhibition: Ma Bell: The Mother of Invention in New Jersey.
Featuring historical artifacts pertinent to the many discoveries, products, and fields of work that comprised the Bell System in NJ, covering the inception of the telephone in the late 19th century to around 1984, when the Bell System monopoly divestiture created the seven “Baby Bells'' known as the Regional Bell Operating Companies, the show includes loans from the AT&T Archives and History Center, MIT Museum, National Radio Astronomy Observatory, the Historical Society of Princeton, Monmouth County Historical Association, Telesat Canada, and other private lenders. (Image: James West Noise Test in Anechoic Chamber at Murray Hill NJ. Courtesy of AT&T Archives and History Center.)
In an effort to include personal stories from New Jersey residents, Morven ran a Crowdsource campaign during Summer 2021, inviting former Bell System employees to share their memories. Over 50 people responded, sharing stories that illustrate the human side of these transformative inventions. Many connected us to fellow Bell employees, family members, and friends that when their memories are joined with the objects, create an unparalleled view into the legacy of Ma Bell. Visitors will be encouraged to continue to share personal histories in an interactive exhibit.

In conjunction with the exhibition, Morven will also host in-person and virtual programs relating to the history of Ma Bell.
On Sunday, March 20, at 2 p.m. EDT via Zoom, join us for Betty Wood: Bell Labs Pioneer. In this virtual program, discover the achievements of the first woman scientist at Bell Labs, presented by Dr. Margaret Schott of Northwestern University.

Join us Saturday, April 2, from 2 p.m. to 3:30 p.m. for a Pole Farm Walk with Historian Dennis Waters. For this outdoor, in person event, we will walk through telecommunications history with former Lawrence Township Historian Dennis Waters on the site of the 20th century Pole Farm. Participants will learn why, in 1965, the Pole Farm was the largest radio telephone station in the world, before undersea cable replaced the shortwave radio transmission.
TICKETS: $15 for general admission, and $10 for Morven members.

On Monday, April 25, at 6 p.m., celebrate National Telephone Day with a hybrid in-person/virtual presentation from John Gertner, author of New York Times bestseller The Idea Factory, discussing the history of Bell Labs, the research and development wing of AT&T, as well as many of its eccentric personalities, such as Claude Shannon and John Pierce. The in-person version of the event begins at 6:00 p.m. with light refreshments, as well as a reception with Jon Gertner, who will be joining us in the Stockton Education Center at Morven. The virtual program waiting room will open at 6:00 p.m., with a Zoom link shared earlier that day. The program starts at 6:30 p.m. for both live and virtual attendees, with a Q&A following the lecture.
TICKETS: In-person tickets are $20 for general admission and $15 for Morven members; virtual tickets are $10 for general admission and $5 for Morven members.

On Tuesday, March 8, at 6:30 p.m. EST, join us for Early American Kitchen Gardens & Gardeners with Holly Gruntner. This virtual presentation will be an overview of some of the themes of Ms. Gruntner's PhD dissertation, Fertile Ground: Kitchen Gardens and Knowledge Production in Early America. Holly's work seeks to understand the intellectual lives and influence of lower-class and the enslaved living in eastern British North America – and the early United States – by focusing on their kitchen gardens and gardening activities.
TICKETS: $10 general admission and $5 for Morven members.

On Tuesday, March 22, at 6:30 p.m. EDT via Zoom, celebrate Women's History Month at Abigail, Annis & Founding Era Female Leaders: An Evening with Woody Holton. Holton, one of the nation’s preeminent scholars on women’s leadership during the founding era, discusses the efforts of Abigail Adams, Morven's Annis Boudinot Stockton, and other unsung women of the Revolution.
TICKETS: $15 for general admission and $10 for Morven members.

Lastly, on Thursday, March 24, at 6:30 PM EDT, Morven's Civics Book Discussion Group Series continues with a moderated discussion by Princeton historian and author John Baxter for a virtual celebration of David M. Rubenstein's The American Experiment. A discussion guide and reading tips will be provided to all registrants prior to the evening's discussion.
TICKETS: $5 for general admission and free for Morven members.

Funding for the Ma Bell exhibition has been provided in part by AT&T Services Inc., The Hess Foundation, Liza and Schuyler Morehouse, The Astle-Alpaugh Family
Posted by Ruth Ross