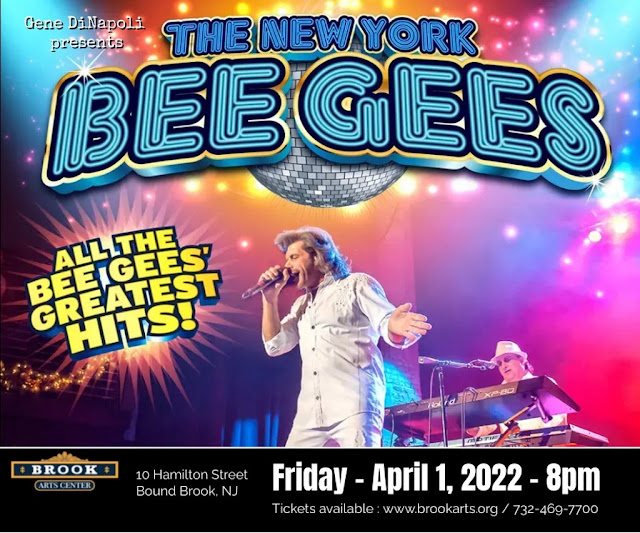 "YOU SHOULD BE DANCING" AT THE BROOK'S DISCO PARTY ON APRIL 1ST
The NY Bee Gees Tribute Show presents the most extravagant Bee Gees show a fan can experience. The band performs all of the classic 70’s disco hits from Stayin’ Alive to Night Fever while embracing their early works such as To Love Somebody, I’ve Got to Get a Message to You, and Massachusetts.

The New York Bee Gees delivers songs from every decade of the Bee Gees catalog with a stunning production, powerful vocals, and the professional stage presence to fill any club or casino.

The New York Bee Gees Tribute Show is comprised of some of Long Island New York’s most versatile and exceptionally talented players. The band includes present or former members of well-known, world-renowned acts including The Alan Parsons Project, Happy Together Tour, Meatloaf, Queen, Blue Oyster Cult, Riot, Herman’s Hermits, Enrique Iglesias, The Rippingtons, and more. Based in New York the show has played to sell-out shows at The Paramount Theater and BB King NYC. Performances are regularly at The NYCB Theater at Westbury, Resorts World Casino, Empire Casino, The Suffolk Theater. 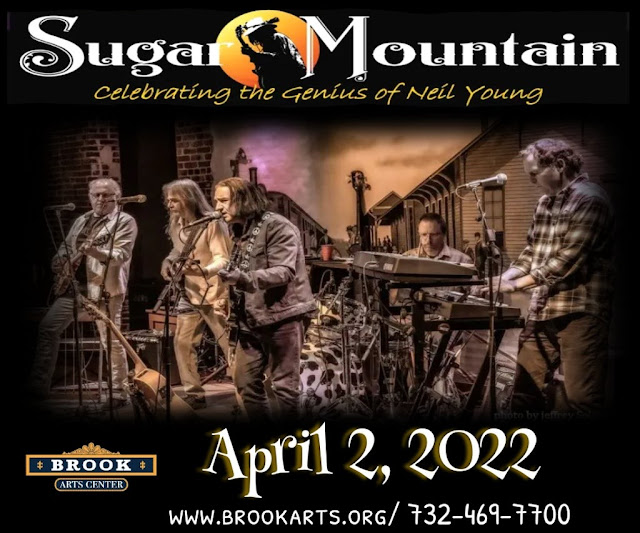 FROM TENDER BALLADS TO RAGING GRUNGE, NEIL YOUNG HAS PRODUCED SOME OF THE MOST ENDURING MUSIC!
The Sugar Mountain band brings together an ensemble of veteran musicians from the New Jersey music scene who faithfully replicate the songs of one of the most prolific and beloved singer/songwriters, Neil Young. Young’s career spans an amazing five-plus decade, from the seminal country-rock sounds of Buffalo Springfield and Crosby, Stills, Nash, and Young to garage band Crazy Horse and countless genre bending solo releases, spanning everything from folk, country, electronic and hard rock to rockabilly. Appearing at the Brook Arts Center on April 2, 2022, Sugar Mountain will bring to life the Neil Young concert experience, covering all the best-known songs, hits, and deep cuts that are sure to thrill all, from the most ardent of fans to the casual Neil listener.
WHERE: Brook Arts Center, 10 Hamilton St., Bound Brook
Posted by Ruth Ross