Vanguard Theater Celebrates Black History Month with “A Portrait of Ray,” Presented as Part of the New Jersey Stages Festival 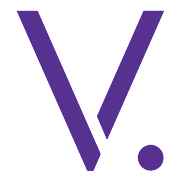 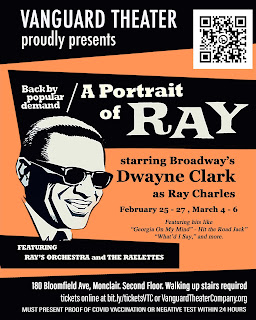 A Portrait of Ray
a musical tribute to Ray Charles

The show takes audiences on an exhilarating journey back to 1967 at the height of Ray Charles' career, and is set during a homecoming concert in Greenville, Florida.

Dwayne Clark and Janeece Freeman Clark wrote the show in 2015, as a tribute to Ray Charles, and it has been getting rave reviews ever since, after performances at The Cutting Room and Symphony Space in New York, and Newark Symphony Hall:

"Once the lights go off and the sounds of the trumpet and saxophones start to play, you instantly feel as if you time traveled to 1967, at this point you’ll realize that this will not be an average musical. Ray Charles is played by Broadway veteran and “The Color Purple” star Dwayne Clark who played it as if he was the man himself, from the walk to the body mannerisms." —Manhattan Digest

"Dwayne Clark single handedly brings the audience to its feet with one show stopping, hand clapping moment after another. Drown in My Own Tears left us standing, clapping, sobbing and wanting more." —GlocallyNewark.com

Dwayne Clark, who portrays Ray Charles, is a Broadway veteran (In the Heights, Rent, Spiderman—Turn Off the Dark, The Color Purple, Tarzan, Smokey Joe’s Café, Urinetown and more) is about to enter previews for the highly anticipated Paradise Square, which begins previews on March 15 at the Barrymore Theater. Asked what drew him to Ray Charles, Clark says: "There's something about the spirit of Ray that I connect to for some reason. My dad used to play his records when I was a boy growing up and I really didn't know what I was listening to back then, honestly. Something about his journey, it's like when I put on the glasses something just happens to me."

The show will be presented in a cabaret setting, with tables of 4 and 2, to allow people to sit with their “pods” (there will also be single seats available). Says co-author and director Janeece Freeman Clark: "The goal for this piece has always been to feel like you're in a dinner theater-type vibe. Supper clubs just don't exist as much anymore, and I think they're so fun. It's a great way to go out and experience live music and entertainment." Doors will open one hour before curtain to allow patrons to purchase pre-show cocktails and light fare by June Williams.

Vanguard Theater Company partners with non-arts organizations to lift their missions. For the February 26th performance of A Portrait of Ray, Vanguard is partnering with Covenant House NJ, and the Junior League of Montclair-Newark, to shine a light on teen homelessness, and CHNJ’s Sleepout Montclair, happening on March 4th.

Founded in 2015, Vanguard Theater Company is a unique 501(c)(3) committed to changing the narrative through theater dedicated to DREAM: Diversity, Reciprocity, Education, Activism & Mentorship. Contact us at info@dreamvtc.org, and www.vanguardtheatercompany.org, or look for us on social media @vtcnj and #dreamVTC.