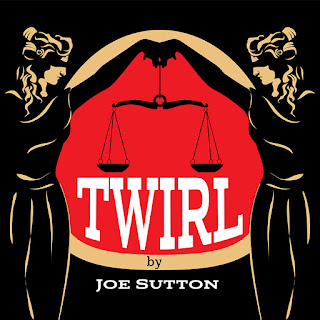 Vivid Stage, formerly Dreamcatcher Repertory Theatre presenSt a workshop production of
Twirl
by Joe Sutton
WHEN: February 17 through 27. Performances are Thursday, Friday and Saturday nights at 8pm, and Sundays at 2pm. Special dates: Thursday, February 17, is a preview performance; all tickets are $25. Sunday, February 20, is Senior Sunday; seniors age 65+ pay $25. Talkbacks follow the February 20 and February 27 matinees.
WHERE: Oakes Center at 120 Morris Avenue in Summit
TICKETS: range from $25 to $39, with special rates for subscribers and groups. For touchless advance ticket purchases, go to our website.
For more information, call 908-514-9654. The theatre at Oakes Center is wheelchair accessible. The parking lot is accessible from Ashwood Avenue, behind the theatre.
For information on any of Vivid Stage's programs, please call 908-514-9654, www.vividstage.org.All audience members will be asked to show proof of vaccination at the box office.
Twirl is a new play that was a part of Vivid’s Meet the Artist reading series in May of 2021. It was originally inspired by the phone call Ginni Thomas, wife of Justice Clarence Thomas, made to Anita Hill years after her original testimony.
In this play, a prominent judge similarly survived accusations of sexual harassment by a colleague and made it onto the Supreme Court. Today, his wife contacts his accuser and asks for a meeting. What does she want? And is the episode really behind them?

Joe Sutton has written plays including Voir Dire (nominated for the Pulitzer Prize and the Best Play Award of the American Theatre Critics Association), As It Is in Heaven, The Third Army, and Restoring the Sun. Theatres producing Joe’s plays include New York Theater Workshop, Long Wharf, Arena Stage, BAM, the Cleveland Playhouse, and the Old Globe. Some time ago, Joe’s play Complicit opened at London’s Old Vic and is now playing around the world, most recently at Heidelberg’s Zimmertheater. More recently, Joe’s play Orwell in America premiered at Northern Stage before continuing on to a successful run at 59E59. More recently still, Joe's play Robey won the Liberty Live commission given by Premiere Stages and was workshopped in the Fall of 2019.

This past year Joe’s play Twirl won the Julie Harris Award given by the Beverly Hills Theatre Guild (the third time one of Joe’s plays has won this award.) In addition to his theatre work, Joe has developed a pilot for television called Scales of Justice (USA Network). A recipient of numerous awards and honors, among them fellowships from NYFA, the NEA, and this year, for a second time, from NJ Arts, Joe taught playwriting for many years at Dartmouth College. Joe lives with his wife Anne in West Orange, New Jersey.

Vivid Stage, Inc. is a 501(c)(3) corporation, incorporated under the laws
of the State of New Jersey.