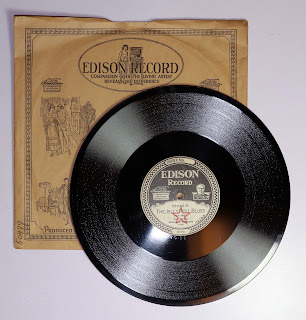 Thomas Edison National Historical Park (TENHP) announces the release of 2,400 historic Edison disc sound recordings, digitized and made available online in cooperation with the University of California, Santa Barbara Library Special Research Collections on their Discography of American Historical Recordings (DAHR) website at adp.library.ucsb.edu. The recordings from TENHP include many rarities, including unissued test pressings.

The disc records originate from phonograph inventor Thomas Edison’s own collection preserved at TEHNP and contain music recorded by Thomas A. Edison, Incorporated in New York City and European cities from 1910 through 1929. “Edison discs document a fascinating era of performance and technology that is of interest to music historians and audiophiles still today,” said Jerry Fabris, Museum Curator at TENHP.

“Sharing these historically important recordings with the public perfectly fits the mission of both the University of California and the National Park Service,” said David Seubert, Curator of the Performing Arts Collection at UCSB, who heads the DAHR. “UCSB was pleased to be able to join in this important partnership to preserve our history.” 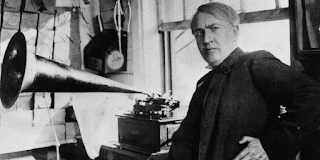 The Discography of American Historical Recordings (DAHR) is a database of master recordings made by American record companies during the 78rpm era. It is part of the American Discography Project (ADP)—an initiative of the University of California, Santa Barbara and the Packard Humanities Institute that is edited by a team of researchers based at the UCSB Library. DAHR currently includes information on more than 327,000 master recordings (matrixes) made by Victor, Columbia, OKeh, Berliner, Edison, Zonophone, Leeds & Catlin, Brunswick, and Decca. The ADP is also a partner with the Library of Congress National Jukebox project and provides most of the cataloging data used in the Jukebox. As a result of this partnership, 11,000 recordings made by Victor and Columbia between 1900 and 1925 can be streamed online.
An additional 35,000 masters from Columbia, Okeh, Zonophone and Edison are also available via UCSB's streaming player or embedded YouTube links.
Visit DAHR online at https://adp.library.ucsb.edu/. 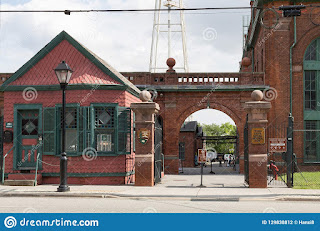 Thomas Edison National Historical Park is a National Park Service site dedicated to promoting an international understanding and appreciation of the life and extraordinary achievements of Thomas Alva Edison by preserving, protecting, and interpreting the Park’s extensive historic artifact and archive collections at the Edison Laboratory Complex and Glenmont, the Edison family estate. The Visitor Center is located at 211 Main Street in West Orange, New Jersey. The Laboratory Complex, Glenmont Mansion and its grounds are currently closed to the public and will reopen on March 12, 2022. Schools and organized groups may make reservations for virtual programming. Call 973-736-0550, ext. 26, Wednesday through Sunday for more information or visit the park’s website at www.nps.gov/edis.