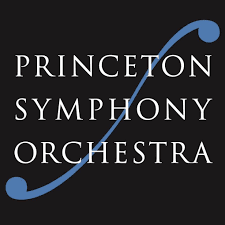 Virtual Piano Competition
WHEN: The entry deadline is Wednesday, April 20, 2022.
The Princeton Festival’s virtual piano competition is now open to pianists ages 6 and up from anywhere in the world. Participants have the opportunity to shine in performance through an expanded repertory range with a variety of musical forms by diverse composers.
To enter the competition, artists must submit a video of themselves performing a designated piece of music. Participants compete for cash prizes and certificates. Full details and rules for entry are available at princetonsymphony.org/festival.

The professionally adjudicated competition is organized into seven categories:

● Piano Four-Hands for all competitors up to 25 years old

● Emerging Open Class for performers up to 25 years old 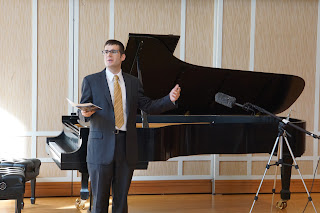 Last year’s virtual competition drew 245 pianists from 25 states and 30 countries. Festival Director Gregory Geehern (right) says, “The advantage of an online competition is that it removes major obstacles to participation sometimes present with a traditional, in-person format—travel time, plus transportation and possibly hotel costs. Our entry fee is nominal, and participants can submit performance videos on their own schedule in advance of the deadline.”

Beyond works typically heard in competition, this season’s repertoire includes music by composers such as Bartók, Ligeti, and Takemitsu; pieces written by Clara Schumann, Teresa Carreño, Amy Beach, and other women; and selections by Black composers such as Florence Price and Samuel Coleridge-Taylor.

Mr. Geehern attributes the popularity of the festival’s competition at least partly to the diversity of the repertoire. “Artists of any age enjoy finding commonality with the music they perform. By including music by women and composers of color, we increase the possibility for a deeper connection with the music among a broader spectrum of participants.”

Winners in all categories will be announced live after the Finalists’ video, which will premiere at Morven Museum & Garden’s Stockton Education Center on Monday, June 20, 2022.

ABOUT THE PRINCETON FESTIVAL

The Princeton Festival merged with the Princeton Symphony Orchestra in the summer of 2021. Their joint mission is to enrich, educate, entertain, and inspire our diverse community by engaging the transformative power of innovative musical and performing arts experiences.

For information visit princetonsymphony.org/festival or call 609-497-0020.

ABOUT THE PRINCETON SYMPHONY ORCHESTRA

The Princeton Symphony Orchestra (PSO) is a cultural centerpiece of the Princeton community and one of New Jersey’s finest music organizations, a position established through performances of beloved masterworks, innovative music by living composers, and an extensive network of educational programs offered to area students free of charge. Led by Edward T. Cone Music Director Rossen Milanov, the PSO presents orchestral, pops, and chamber music programs of the highest artistic quality, supported by lectures and related events that supplement the concert experience. Its flagship summer program The Princeton Festival brings an array of performing arts and artists to Princeton during multiple weeks in June. Through PSO BRAVO!, the orchestra produces wide-reaching and impactful education programs in partnership with local schools and arts organizations that culminate in students attending a live orchestral performance. The PSO receives considerable support from the Princeton community and the New Jersey State Council on the Arts, regularly garnering NJSCA’s highest honor. Recognition of engaging residencies and concerts has come from the National Endowment for the Arts, and the PSO’s commitment to new music has been acknowledged with an ASCAP Award for Adventurous Programming and a Copland Fund Award. The only independent, professional orchestra to make its home in Princeton, the PSO performs at historic Richardson Auditorium on the campus of Princeton University.