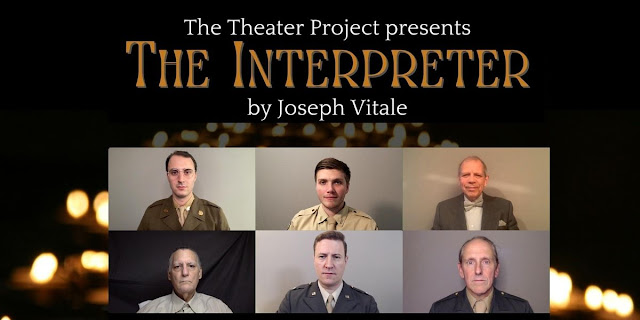 The Theater Project (TheTheaterProject.org), a leading incubator for rising talent and a showcase for New Jersey artists, will present a live streaming production of award-winning playwright Joseph Vitale’s thought-provoking play,

WHEN: January 19 and January 26. begins at 7:30 p.m. on January 19 and 26. School matinees will be held January 26 at 9 a.m. and 1 p.m. An open dialogue Zoom ‘talk back’ with the playwright, actors and director follows designated performances.
WHERE: Zoom. Purchasers will receive a link one hour before the performance.
TICKETS:  $20 for adults and $10 for students and educators and can be purchased by THE INTERPRETER TIX/INFO - The Theater Project
For further information and group pricing, visit info@TheTheaterProject.org or phone the box office, 908.809.8865.
A work of theatrical fiction that explores the complex relationship between Hermann Goering – Reichsmarschall of Germany and leading Nazi on trial for war crimes – and his interpreter, a 23-year-old Jewish U.S. Army private was inspired by the real-life experiences of Richard Sonnenfeldt, the chief interpreter at the Nuremberg trials. Featuring (top) Sam Saravolatz, Brian Nowak, Yefim Somin; (bottom) Richard Warren, Daniel Kuhlman, Gary Glor. 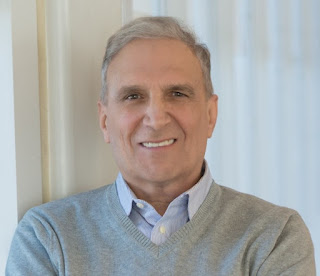 Vitale, recipient of a 2021 fellowship in playwrighting from the New Jersey State Council on the Arts, said that although the play is about the Nuremberg trials, it also turns a mirror on ourselves. “At the same time that Allies were trying Nazis for crimes against humanity, prejudice and intolerance were rampant on our side,” Vitale said. “What The Interpreter does, I hope, is to remind us that the virus of hatred lies at the core of humanity itself. By recognizing that fact, and giving voice to it, perhaps we can assure that unspeakable acts won’t someday be perpetrated in our name as well.”

Gaining regional recognition for its ongoing projects during the pandemic—including its annual Young Playwrights Competition, ARK (Actors Reading with Kids) program and its recently launched “The Theater Project Thinks About” podcasts—The Theater Project was just one of 22 organizations in New Jersey receiving prestigious NEA grants for the 2021 fiscal year.

The return of The Interpreter is also offered in connection with International Holocaust Remembrance Day, January 27.