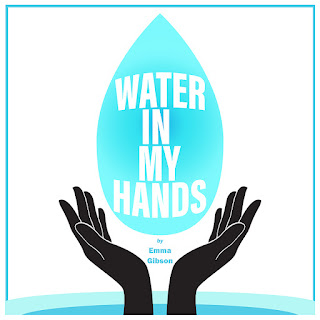 Vivid Stage, formerly Dreamcatcher Repertory Theatre, presentS
the world premiere production of
Water in My Hands
by Emma Gibson
WHEN: December 2 through 12; Performances are Thursday, Friday and Saturday nights at 8pm, and Sundays at 2pm. Special dates: Thursday, December 2, is a preview performance
WHERE: Oakes Center at 120 Morris Avenue in Summit
TICKETS: $25 to $39, with special rates for subscribers and groups. For touchless advance ticket purchases, go to our website.  Preview tickets are $25. Sunday, December 5, is Senior Sunday; seniors age 65+ pay $25. Talkbacks follow the December 5 and December 12 matinees.
For more information, call 908-514-9654. The theatre at Oakes Center is wheelchair accessible. The parking lot is accessible from Ashwood Avenue, behind the theatre. For information on any of Vivid Stage's programs, please call 908-514-9654, www.vividstage.org.
All audience members will be asked to show proof of vaccination at the box office.
Water in My Hands has received readings in New York, Philadelphia and Washington DC on its way to this production. In the play, Sorrel is busy preparing for her wedding even though her fiancé has just died, and Maria’s eyebrows are still not growing back. Gerry wants to know if the weather will improve so that he can lie on his back in the grass. Through a series of interweaving accounts, Water in My Hands lays bare the power of grief, and asks, "How do we move on when we are haunted by the life that we have not yet lived?"

Emma Gibson is a British theatre-maker, now living in Philadelphia. In the UK she worked as an actress in both new writing and classical theatre and also worked as a freelance journalist for The Guardian Newspaper. She was the founding producing artistic director of Tiny Dynamite, a theatre company in Philadelphia, and spent 7 years producing work and commissioning playwrights. Since 2017 she has been working as a playwright and her plays have been selected, developed, read or performed at The Pittsburgh Public Theatre, PlayPenn, Philadelphia Women’s Theatre Festival, Spooky Action Theatre Company, DC, Miranda Theatre Company at The Cherry Lane, NYC, and Vivid Stage NJ.

Vivid Stage, Inc. is a 501(c)(3) corporation, incorporated under the laws
of the State of New Jersey.
Posted by Ruth Ross