D&R Greenway Land Trust brings its newest free TravelStorys app on its popular Cedar Ridge Preserve in Hopewell, New Jersey.
Women in Conservation
This new hands-free audio tour is the latest in a series that includes Healing Trails on Greenway Meadows in Princeton, and Children and Nature at the land trust’s St. Michaels Farm Preserve in Hopewell.
It is easy to download the free TravelStorys app to experience these inspirational audio tours of preserves and conservation topics, available to users remotely and in-the-field. This new tour highlights more than a dozen local and internationally known women who have had a physical impact on our global landscape, protecting our natural resources for generations to come. 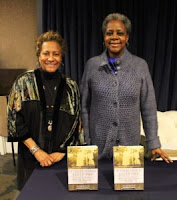 Women in Conservation evokes courageous female conservationists who have forged preservation paths. Local women highlighted in the tour include Beverly Mills and Elaine Buck (right) for their work in protecting and highlighting the stories of African Americans in the Sourlands; Sophie Glovier, who authored Walking the Trails In and Around Princeton; Sharyn Magee and Hannah Suthers, who have made significant scientific contributions banding birds in the same location on the Sourlands’ Featherbed Lane since 1977; D&R Greenway’s CEO Linda Mead who has preserved 20,000 acres in two states and contributed to two National Heritage Areas in Pennsylvania and New Jersey; and, Dr. Rosemary Grant of Princeton University whose work on finch populations and research on genetic diversity is important for the conservation of wildlife populations worldwide.

The new tour began as a Girl Scout project for a young Princeton, New Jersey resident, Madeleine Freundlich, who had assisted D&R Greenway as an elementary student with messaging for the land trust’s Children’s Discovery Trail on Drakes Corner Road. Winning the prestigious Girl Scout Gold Award for creation of this tour, Madeleine’s initiative was selected by the national TravelStorys app company as their milestone 200th Tour. Young up-and-coming conservation leaders from the Princeton AlumniCorps Project 55 Program, Maria Stahl and Heather Callahan, expanded and narrated the tour while serving as yearlong Fellows with D&R Greenway Land Trust. 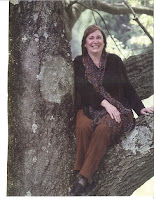 TravelStorysGPS founder and CEO Story Clark (below, right) says of this 200th TravelStorys tour, “This is a momentous milestone. We started with the goal—the dream, really—of connecting travelers everywhere to fascinating stories within nearby communities and landscapes. We see stories as the currency of memory.” Story met D&R Greenway’s CEO Linda Mead (right) two decades ago. Working together on collaborative projects, the two women have modeled new ways of engaging local people in learning and caring about land. In choosing D&R Greenway’s new tour for this special milestone, Story observes, “What better way to commemorate our women-led company than by honoring important women in the land conservation sector?" 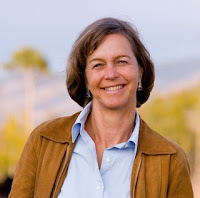 To download D&R Greenway’s new Women & Conservation tour to your Smartphone, first download the free app TravelStorysGPS, found at the App Store and Google Play Store. Among tours from throughout the United States, and several international locations, tours closest to you will appear first: Download Women & Conservation. You can explore the map and stories anywhere, from your Smartphone. Once downloaded, walk D&R Greenway’s Cedar Ridge Preserve, enjoying stories automatically triggered at significant trail-sites. Cedar Ridge, set in 220 Sourland Mountain acres, is accessible from marked parking areas on Stony Brook Road and Van Dyke Road in Hopewell. Companions on the trail now will be “significant women who have had profound impacts upon local and global landscapes, protecting natural resources in perpetuity. “

TravelStorysGPSS hosts the United States' largest library of curated, geo-located audio tours on a professionally maintained platform, TravelStorys™. The company's mission is connecting people to places in memorable ways,
combining history and exploration. Their programs offer offering invaluable insights about sites and the people involved in them, in real time.

Story Clark has dedicated her life to land conservation. She assists land trusts and local communities in creating awareness about the importance of the special places they treasure. TravelStorysGPS began its journey with a tour from Jackson to Teton Pass in Jackson Hole, Wyoming, in 2013, and has grown to 200 tours nationwide and internationally. It is a female-owned and -led software-as-a-service company and Best Mobile App Awards 2018 April winner for best mobile app design. Not only was the tech company founded by a woman, but it is also run by a team of strong, resourceful women, who build outstanding rapport with their clients and have a genuine love and connection to the land. Clark explains, “Storytelling is the captivating and enduring way that we entertain and communicate best with each other and learn about places. I wanted to use mobile app technology as a portal to, rather than a barrier from, connecting us to great places. Even if a listener never gets out of his or her car, TravelStorys uniquely and meaningfully connect people with land.” Learn more at travelstorys.com and download and explore the free TravelStorys app on the App Store and Google Play Store.

D&R Greenway Land Trust is an accredited nonprofit having preserved over 21,000 acres of central New Jersey land since 1989. By protecting land in perpetuity and creating public trails, it gives everyone the opportunity to enjoy the great outdoors. The land trust’s preserved farms and community gardens provide local organic food for residents of the region—including those most in need. Through strategic land conservation and stewardship, D&R Greenway combats climate change, protects birds and wildlife, and ensures clean drinking water for future generations. D&R Greenway's mission is centered on connecting land with people from all walks.