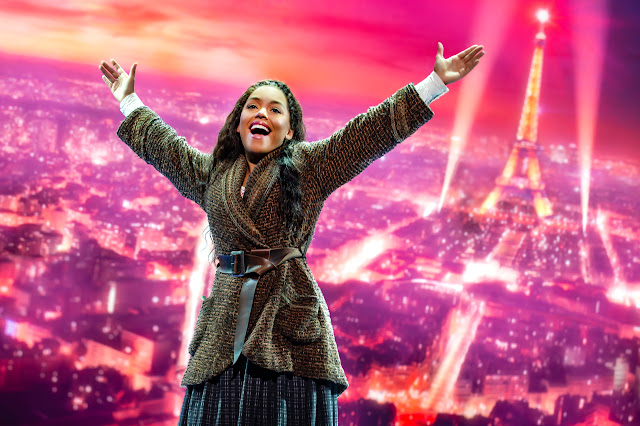 WHEN: Friday, December 3, 2021, 8pm; Saturday, December 4, 2021, 2pm & 8pm; Sunday, December 5, 2021, 1pm
WHERE: State Theatre NJ, 15 Livingston Ave., New Brunswick
TICKETS: $40–$98
For tickets, more information, or group discounts, call State Theatre Guest Services at 732-246-SHOW (7469) or online at STNJ.org. State Theatre Guest Services, located at 15 Livingston Ave, New Brunswick NJ, is open by phone and email only, Tuesday through Friday from 11am to 5pm. For in-person purchases, Guest Services is open Tuesday through Friday from 12pm to 4:30pm. Additional ticket and transaction fees may apply.
From the Tony® Award-winning creators of the Broadway classic Ragtime and inspired by the beloved films, ANASTASIA is the new Broadway musical that’s “one of the most gorgeous shows in years!” (New York Observer).
This dazzling show transports us from the twilight of the Russian Empire to the euphoria of Paris in the 1920s, as a brave young woman sets out to discover the mystery of her past. Pursued by a ruthless Soviet officer determined to silence her, Anya enlists the aid of a dashing conman and a lovable ex-aristocrat. Together, they embark on an epic adventure to help her find home, love, and family.

With music by Ragtime’s Stephen Flaherty and a book by celebrated playwright Terrance McNally, the musical has garnered worldwide recognition. The show played to sold-out audiences on Broadway for more than three years before expanding its global community with productions on tour across North America and in Japan, Spain, Germany, and the Netherlands. Globally, the show has been performed more than 2,500 times and sold 3.4 million tickets.

About State Theatre New Jersey
After major renovations, State Theatre New Jersey is now reopened and will celebrate its 100th Anniversary in a fully renovated theater including newly renovated lobbies, all new restrooms, upgraded HVAC systems, a new elevator for access to all levels, and brand-new theater seats. Originally as a silent film and vaudeville palace. Recognizing the historic significance of the theater, PBS honored State Theatre New Jersey by featuring it in its documentary series, Treasures of New Jersey, in the fall of 2018. “Treasures of New Jersey: State Theatre New Jersey” can be streamed at STNJ.org/explore/treasures-of-new-jersey-documentary. Today, State Theatre is the largest performing arts center in Central New Jersey and has welcomed more than six million people through its doors since reopening as a non-profit performing arts center in 1988. State Theatre New Jersey is a cornerstone of the cultural vitality of Middlesex County and averages a total economic impact on New Brunswick and the surrounding area of more than $18 million a year. The mainstage programs have featured high-caliber artists such as Diana Ross, Tony Bennett, Kevin Hart, Ringo Starr, Melissa Etheridge, John Leguizamo, Harry Connick, Jr., Diana Krall, and Crosby, Stills & Nash. Program offerings include Broadway, orchestra, family, dance, comedy, rock/pop, jazz, Performances for Schools, and Sensory-Friendly Performances.