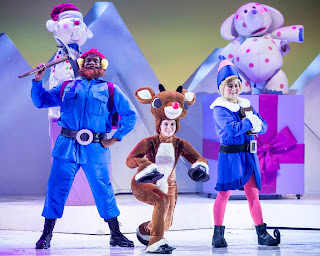 WHEN: November 22 through Monday, November 29, 2021.
TICKETS: During the State Theatre’s Centennial Sale, tickets for most State Theatre shows are 50% off with promo code STNJHOLIDAY when purchased by November 29. Tickets can be purchased online with the promo code, in-person at the theater, or by calling 732-246-SHOW(7469).
For more information on the Centennial Holiday Sale, visit STNJ.org/AnniversarySale.

The Centennial Sale is available for most State Theatre shows and expires on November 29 at 11:59pm. Discounts are not retroactive and cannot be combined. Discount is not applicable for VIP/Premium seating or any other packages. 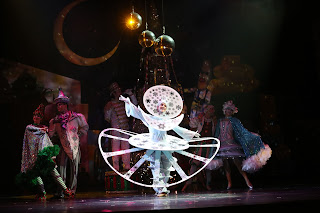 After major renovations, State Theatre New Jersey is now reopened and will celebrate its 100th Anniversary in December in a fully renovated theater including newly renovated lobbies, all new restrooms, upgraded HVAC systems, a new elevator for access to all levels, and brand-new theater seats. Originally as a silent film and vaudeville palace. Recognizing the historic significance of the theater, PBS honored State Theatre New Jersey by featuring it in its documentary series, Treasures of New Jersey, in the fall of 2018. “Treasures of New Jersey: State Theatre New Jersey” can be streamed at STNJ.org/explore/treasures-of-new-jersey-documentary. Today, State Theatre is the largest performing arts center in Central New Jersey and has welcomed more than six million people through its doors since reopening as a non-profit performing arts center in 1988. State Theatre New Jersey is a cornerstone of the cultural vitality of Middlesex County and averages a total economic impact on New Brunswick and the surrounding area of more than $18 million a year. The mainstage programs have featured high-caliber artists such as Diana Ross, Tony Bennett, Kevin Hart, Ringo Starr, Melissa Etheridge, John Leguizamo, Harry Connick, Jr., Diana Krall, and Crosby, Stills & Nash. Program offerings include Broadway, orchestra, family, dance, comedy, rock/pop, jazz, Performances for Schools, and Sensory-Friendly Performances.
State Theatre New Jersey’s programs are made possible by funds from the New Jersey State Council on the Arts, a partner agency of the National Endowment for the Arts. Grant funding has been provided by the Middlesex County Board of County Commissioners through a grant award from the Middlesex County Cultural and Arts Trust Fund.