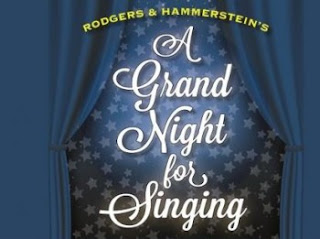 A GRAND NIGHT FOR SINGING: A CELEBRATION OF RODGERS & HAMMERSTEIN
WHEN: November 20 thru December 19 (Friday and Saturday evenings at 8pm, and Sunday afternoons at 2pm)
WHERE: Little Firehouse Theatre, 298 Kinderkamack Road in Oradell
TICKETS: $25, may be purchased online at www.bcplayers.org, by calling 201-261-4200 or by visiting the box office at 298 Kinderkamack Road in Oradell during regular box office hours.
Marking a return to live theater after a 20-month hiatus, Bergen County Players (BCP), one of America’s longest-running little theater companies, is thrilled to announce that its doors will reopen with arousing musical revue.
Under the direction of Alan Demovsky, musical direction by Steven Bell, and choreography by Steve Dougherty, this two-time Tony Award-nominated show features the quintessential work of Rodgers & Hammerstein and "includes some of the best musical theater songs ever written; it's hard to resist!" (Variety).
Many of the most beloved, uplifting, and romantic songs in musical theater history have one thing in common: the incomparable team of Richard Rodgers and Oscar Hammerstein II. Over three decades after the duo's final collaboration, The Sound of Music, took Broadway by storm, A GRAND NIGHT FOR SINGING opened the 1994 Broadway season with flair and distinction, garnering wildly enthusiastic notices and earning two Tony nominations, including Best Musical. With lyrics by Oscar Hammerstein II, music by Richard Rodgers, and conceived by Walter Bobbie, the musical revue celebrates over 30 hit songs from all of R&H’s musical treasures like Oklahoma!, South Pacific, The Sound of Music, Carousel, The King and I, Cinderella and more. Audiences will be tapping their toes and humming along in a joyful evening filled with fresh takes on the music everyone loves. 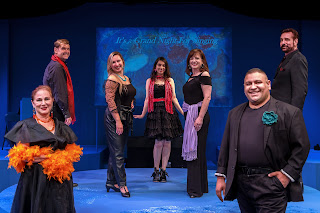 Acting on its desire to keep its members and patrons safe, new and upgraded MERV filters have been installed on all HVAC (Heating, Ventilation and Air Conditioning) units, as well as UV lights on all HVAC units to help eradicate airborne pathogens.
BCP will continue to follow CDC and State of New Jersey guidelines and will adhere to the following protocols when its doors reopen to the public on November 20.
Those interested in Group Sales or benefit theater parties can call (201) 261-4200 (option #6)

BCP offers seating to accommodate patrons who are mobility impaired and can transfer from a wheelchair. These seats can be purchased by calling the box office at 201-261-4200 and will be released for public sale two weeks prior to performance.

Advance discount tickets for students age 25 and under with proper ID are available for $14 by phone or walk-up at every performance, pending seat availability. Not available online. There is a limit of one discount ticket per student ID.

A new program is now available for qualified nonprofit organizations to use one performance of each production as a fundraising event. The group will book all 200 seats at a deeply discounted price and then resell the tickets at a price of their choosing, with the difference in price kept by the group. The available date is the Thursday of each show’s final weekend. Interested groups can email fundraising@bcplayers.org for more information.

Parking is free for our patrons at the Park Avenue municipal lot, across the street, one-half block north of the theater, as well as street parking on Kinderkamack Road and various side streets, all within easy walking distance.

The Bergen County Players, Inc. is a non-Equity, non-profit community theater company dedicated to presenting quality productions for the enrichment of the community.
Posted by Ruth Ross