3 EGG CREAMS: A Rhapsody in the Rain—The Love Story for the Ages Returns to NY/NJ Metro Area Stages! 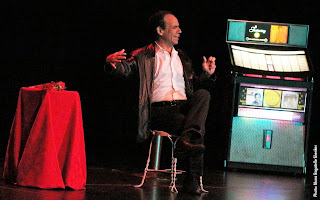 3 EGG CREAMS—A RHAPSODY IN THE RAIN, the show with all the MEMORIES & LOVE one stage can hold, starring Vince Bandille, written & directed by George Cameron Grant, inspired by & featuring the timeless MUSIC of the Legendary LOU CHRISTIE, is back, better than ever, and returning to the NY/NJ Metro area! Our schedule (so far!)... 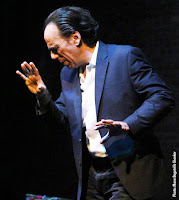 What is 3 EGG CREAMS—A RHAPSODY IN THE RAIN?
A story about first love, second chances, and the courage to take them, 3 EGG CREAMS opens in Abe's, the soda fountain of Vin Morrone's youth, the place he still returns to every morning for his daily egg cream. Today is different, however, as circumstances force Vin back in time to the moment he first encountered Angela Rose Bernstein, his one true love, and the love he turned away from. But what if lightning were to strike again? What if life offered him a second chance to fulfill that one true love? Would he have the courage to embrace it, or would he cut and run a second time? 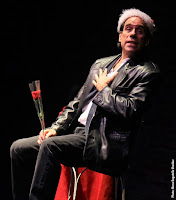 Whether you grew up on University Avenue in The Bronx, West Philly, or Cedar Falls, you'll fall in love with this funny, heart-breaking, sometimes tough, otherwise tender, ultimately transcendent human journey Vin takes, as he navigates an age re-defining the mythos of the American male, and even the meaning of love itself.
Blend in the timeless music of the Legendary LOU CHRISTIE (Rhapsody in the Rain, Lightning Strikes, The Gypsy Cried, She Sold Me Magic, Two Faces Have I, etc.), and you have 3 EGG CREAMS—A RHAPSODY IN THE RAIN.

The ORIGIN STORY of a 4-year journey that began over 33 years ago...

In the Fall of 1987, I walked into a playwright/actor workshop with the first monologue I'd ever written, scanning the room to find an actor who might fit the character in my monologue, discovering the face of someone who appeared to BE the character from my piece.

The monologue was called ANGELA, the character's name was Vin Morrone, and the actor I handed it to was Vince Bandille. That monologue spawned a 150 minute full-length play ROOF OVER RIVER AVENUE, in which Vince played Vin Morrone, but it was too long, too cinematic, with way too many characters, and after several amazing workshop performances, the pause button was hit.
But Vin and Angela’s love story stuck in my craw, so when Vince reached out to me four years ago, requesting that I write a solo piece for him, my instinct was to remove the love story from ROOF, create its own universe, and several hours later, the first pages of Vin & Angela’s came his way. The twist? He would play BOTH characters.
Within weeks, the play was known as 3 EGG CREAMS, a 45-minute play with five characters—all of which he would portray. The play we first presented in early 2018 before a dozen people in a Hoboken living room was an hour long and growing, and has since evolved into a 90-minute, 7-character play, with the timeless music of LOU CHRISTIE stitched throughout, so now the 3 EGG CREAMS—A RHAPSODY IN THE RAIN we’ve already presented to thousands of folks throughout the NY/NJ Metro area is genuinely the progeny of this 33-year friendship between Vince and myself. We hope you love it as much as we loved creating it!” —George Cameron Grant, Writer & Director