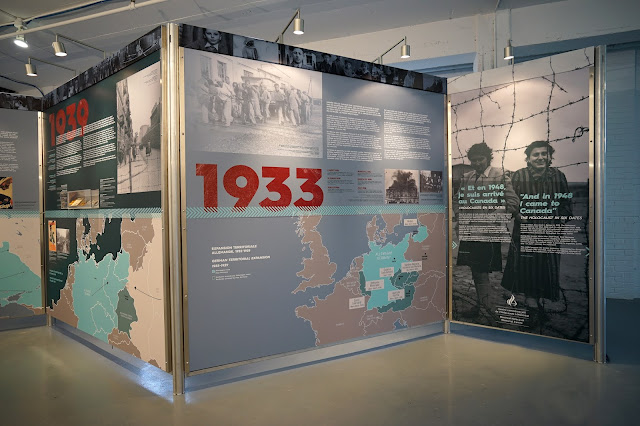 And in 1948 I Came to Canada, The Holocaust in Six Dates

An exhibition from the Montreal Holocaust Museum

WHEN: October 18 to January 14
WHERE: Raritan Valley Community College, 118 Lamington Rd., in Branchburg.

The exhibition is hosted by the Institute of Holocaust and Genocide Studies at RVCC.

Tours may be scheduled virtually or in person, and the public may view the exhibition by appointment. To register for the online program, visit https://bit.ly/3hWPQio.

The six dates highlighted in the display are:

The exhibition also features photos of artifacts and 30 minutes of Montreal-based Holocaust survivor video testimonies from the Museum’s collection. Appropriate for audiences of all ages, the exhibit also will be accompanied by a teacher’s educational guide designed for students in sixth grade and older. 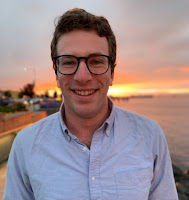 The Institute of Holocaust and Genocide Studies also will present on online program, The Early Warning Project for the Prevention of Genocide with Daniel Solomon, Tuesday, October 19, from 1-2 p.m. The event is free of charge and open to the public.

Can future genocides be prevented? Utilizing state-of-the-art methods and a range of widely available data, the Early Warning Project assesses the risk of mass atrocities occurring in countries around the world. The presentation will give an overview of how the Early Warning Project produces its annual Statistical Risk Assessment and qualitative country reports. The program will feature a discussion of relevant cases happening in the world today and conclude with a discussion of what people can do to help prevent mass atrocities. The session will be led by Daniel Solomon, an associate research fellow at the US Holocaust Memorial Museum's Simon-Skjodt Center for the Prevention of Genocide. Solomon is also a PhD candidate in the Department of Government at Georgetown University. His research focuses on large-scale violence against civilians, especially pogroms. The program is being co-sponsored by the Paul Robeson Institute for Ethics, Leadership, and Social Justice at RVCC.

Both programs are being co-sponsored by The Jewish Federation of Somerset, Hunterdon, and Warren Counties; the JCC Holocaust Memorial and Education Center; and the New Jersey Commission on Holocaust Education. For additional information about either of the programs, contact Michelle Edgar at michelle.edgar@raritanval.edu.