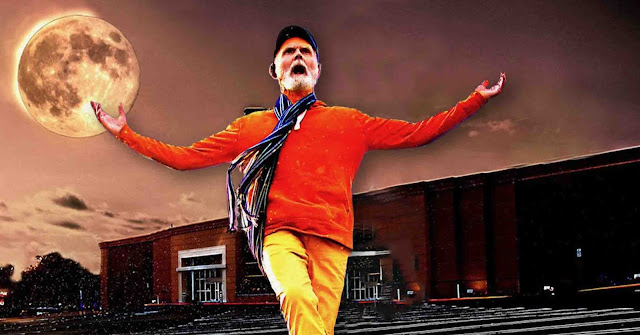 Nine Day Wonder is a comedy by and starring Stephen Temperley that takes place both in the past and present. When Will, a contemporary man, is faced with a moment of ultimate crisis, to distance himself from reality he splits in two, becoming Will Kemp, Shakespeare’s famous fool. In 1599, though no one is quite sure why, Kemp undertook his famous dance, jigging his way from London to Norwich, 125 miles distant. In present-day Will’s imagination, history is turned upside-down as Kemp refuses to leave the stage quietly, instead insisting hoping he can make Shakespeare change his mind, beg him to return, so he can again be the star he once was. Fighting his way through Kemp’s egomania, jokes, dances, bad puns, bragging, and foolery, Will is finally forced to confront his own ambition.

Best known for one of the most produced plays in the US, Souvenir, Stephen Temperley’s extensive resume includes work both on and off the stage in the US and UK. Souvenir was produced on Broadway at the Lyceum Theatre and directed by Tony Award winner Vivian Matalon. Additional works of Temperley’s include, Money/Mercy (Chelsea Theatre Center), That Kind of Woman (Dodger Productions), In the Country of the Free (the Mint Theatre), The Pilgrim Papers (Berkshire Theatre Festival), Songbook, Dance with Me, and A Christmas Carol which all debuted at Centenary Stage. As an actor, Temperley has worked extensively in regional theatres in the US as well as UK’s West End, on TV and in repertory. On Broadway, Temperley was part of the original company of Crazy for You; and off-Broadway in the Todd Rundgren musical, Up Against It, at the Public.