The New Jersey Social Justice Remembrance Coalition in partnership with the Equal Justice Initiative (EJI), in Montgomery, Alabama, is preparing for 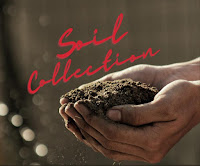 Soil Collection Ceremony
WHEN: Sunday, October 24, 3 pm
WHERE: Wampum Park, in Eatontown
The park is where Samuel “Mingo” Jack Johnson was lynched. The coalition is acknowledging and honoring the life of Johnson with a series of community initiatives to follow. 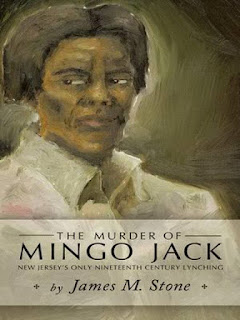 Johnson was an African American resident of Eatontown, New Jersey, who was murdered on March 5, 1886, after being arrested on unsubstantiated charges of raping a white woman. He was dragged by a local mob from his cell and brutally beaten and hanged to death. This was the only known lynching in New Jersey.

With the Coalition partnering with EJI, the lives of over 4,000 Black Americans, across the country are being validated, and the truth of this nation’s ugly past is being revealed, so that the healing can begin. A documentary is in the works, along with a high school essay contest. The historical marker that will be placed at the site required approval by the Eatontown Council. The six-member Council voted unanimously to have the marker installed by the Coalition, which also received a resolution from the council for its work.

“The soil under our feet tells a story,” said Minister Kerwin Webb, who is the Coalition’s Liaison to EJI. “Soil holds many memories that are hidden and overlooked, and we want to tell those hidden stories so we can grow something new and different.” Webb, who is also President of the Greater Red Bank NAACP, first learned of the project almost two years ago, when he was approached by Monmouth County resident, Tim Hartley, who was aware of the lynching that had taken place in Eatontown. Hartley, who had visited the National Memorial for Peace & Justice in Montgomery, and while there he learned about the community coalition initiative started by EJI founder, Bryan Stevenson. He reached out to Rev. Terrence Porter, of Pilgrim Baptist Church, who put Hartley in touch with Webb.

The Coalition is comprised of a diverse group of social justice advocacy organizations from across the state. To get involved in this historic initiative contact: soil@njremembrance.org
Posted by Ruth Ross