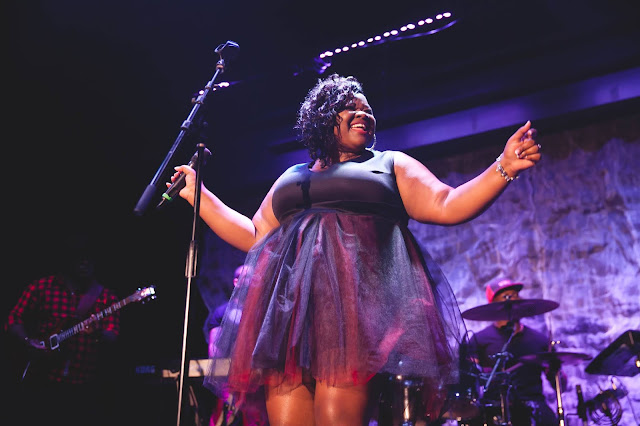 Centenary Stage Company’s 2021-22 Season will kick off with a Curtain Up! Gala performance of

CeCe Teneal: Portrait of a Queen

Centenary Stage Company’s Curtain Up! Gala is the first event of the season, and this year will kick off with CeCe Teneal: Portrait of a Queen. This concert tribute to Aretha Franklin is performed with interpretation by award-winning songstress CeCe Teneal. All of Aretha Franklin’s greatest hits from her 50+ years in the music industry will be performed, including Chain of Fools, Natural Woman, Think, Bridge Over Troubled Water, and Respect. This performance will be the first of many for Centenary Stage Company’s 2021-22 Season and tickets are on sale now and can be purchased on-line at centenarystageco.org or by phone by calling the Centenary Stage Company box office at (908) 979-0900.

CeCe Teneal has travelled the world performing and has opened the stage for talents such as Buddy Guy, Joe Cocker, Johnny Lang, and the legendary B.B. King among others. Her original sound has earned her fans across the globe and her music video “Eleanor Rigby” was exclusively premiered on the Huffington Post. Teneal has been nominated for three Independent Music Awards and won the 2011 Best Gospel Song for “I Heard You Praying” and Best R&B Album. Other accolades include the 2015 Touch the Mic “Muse” Award, and the 2017 Orlando Legacy Award. After touring as the leading lady for B.B. King’s Blues Club musical production on board Holland A Queen.”