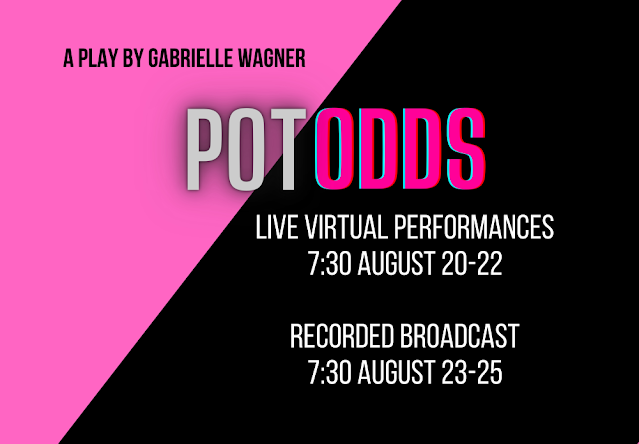 POT ODDS
virtual production of a play by Gabrielle Wagner

The Theater Project (TheTheaterProject.org), a leading incubator for rising talent and a showcase for New Jersey artists which recently received a prestigious National Endowment for the Arts (NEA) grant, will present Pot Odds, a drama dealing with buried secrets, bottled anger and bluffed intentions, as part of its Young Actors Showcase. 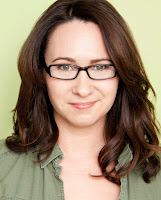 “During the current theater lockdown, we’re trying to provide these talented, young professionals an outlet for that talent and a great chance to gain valuable experience,” said The Theater Project Artistic Director Mark Spina. “The fact that these actors will get to perform a play written by an award-winning writer and be directed by an award-winning director will only enhance their talents while the public gets to see the future stars of entertainment.”

Wagner is an actor/singer turned playwright/screenwriter who recently returned to the NYC area after 20 years in Los Angeles.  Among her many credits, City of Light, her full-length musical, won Best Musical and Best Ensemble at the SheNYC Summer Theatre Festival, directed by Tony winner, Cady Huffman. 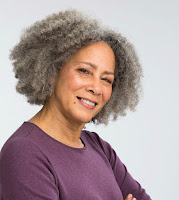 “Working with young actors can be a good thing because I can help them develop the ‘character’ and narrow down who that character is,” said Kelly (left), a Tennessee native who now calls Manhattan home.  In addition to her 17 years with Theaterworks USA and her stint teaching directing at City College of New York, a Kelly production won Best One Act play with Manhattan Repertory Theatre.  “This is my first time directing a play by Gabrielle, and I’m excited to be working with such a talented writer.”

The performance is made possible, in part, by a Union County Local Arts Program Grant (LAP).