Morris Museum's Jazz on the Back Deck 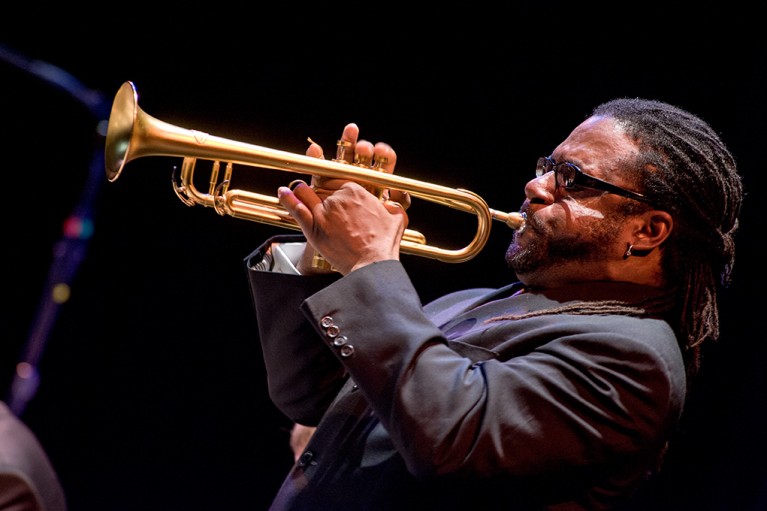 Marcus Printup was born and raised in Conyers, Georgia. His first musical experiences were hearing the fiery gospel music his parents sang in church. While attending the University of North Florida on a music scholarship, he won the International Trumpet Guild Jazz Trumpet competition. In 1991 Printup’s life changed when he met his mentor, the great pianist Marcus Roberts. Roberts introduced him to Wynton Marsalis, which led to Printup’s induction into the Jazz at Lincoln Center Orchestra in 1993. Printup has recorded with Betty Carter, Dianne Reeves, Eric Reed, Madeline Peyroux, Ted Nash, Cyrus Chestnut, Wycliffe Gordon, and Roberts, among others. He has recorded several records as a leader: Song for the Beautiful Woman, Unveiled, Hub Songs, Nocturnal Traces, The New Boogaloo, Peace in the Abstract, Bird of Paradise, London Lullaby Ballads All Night, and A Time for Love. He made his screen debut in the 1999 movie Playing by Heart and recorded on the film’s soundtrack. August 22 has been declared “Marcus Printup Day” in his hometown of Conyers, Georgia.

TICKETS: All blocks are $50 for an 8’x8′ block which accommodates up to 2 patrons. Patrons are welcome to arrive as early as 6:30PM to set up and enjoy the evening sun.

Buy a package of eight or more concerts and get early access seasonwide! All processing fees are waived for package buyers.

Groups that are purchasing five or more blocks for one performance will also have advance access and the option of having a designated pre-performance area to host a reception.

If you are a Museum member, click here to purchase your tickets online.

If you are not a member, click here to purchase tickets online.