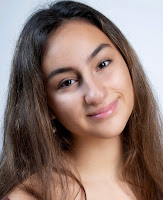 The NNJCF donor advised fund memorializes Leonia High School 1964 classmate Frank DeLorenzo. A $2,000 scholarship award is given to a student, who demonstrates talent and ambition as an artist, musician, or writer, to further his or her education.

"I am beyond grateful and am so excited to have had this opportunity. Performance has truly always been my passion, and I will make sure to take advantage of these four years of college, with the help that you have given me, to work at being better in the arts. I will work on singing, dancing, and acting at AMDA in the hopes of making it on Broadway," explained Morales. 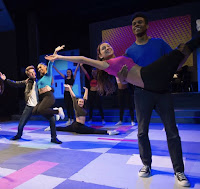 During high school, this aspiring actress performed lead roles in several productions. For four years, she acted and sang with the Leonia High School’s Limelighters performing various roles, including Margie in Bye Bye Birdie  (right), Sampson in Romeo and Juliette, Celia in Blown Youth, Reporter and Officer Reggie Flutie in The Laramie Project (below left), and Cinderella in Cinderella. She also played Snoopy in Broadway Arts Company’s You’re A Good Man Charlie Brown. 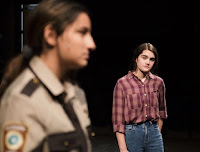 "Throughout high school, Omara Morales participated in numerous musical and dramatic productions, attended Broadway shows, and fell in love with the magic of the stage.  The Northern NJ Community Foundation's Frank DeLorenzo Memorial Scholarship Fund will help her obtain the training she seeks, in order to some day appear on Broadway in a leading role," said Paul Coopersmith, a classmate of the late Frank DeLorenzo and the fund's creator and advisor.

The Northern New Jersey Community Foundation offers the region a comprehensive menu of philanthropic opportunities.  The NNJCF, a not-for-profit 501(c)(3) organization based in Hackensack, New Jersey, focuses primarily on the arts, civic engagement, education, the environment, philanthropy, and public health.  The foundation provides donors with flexible, efficient, and tax-effective ways to ensure their charitable giving has maximum impact through donor-advised funds, tax-saving annuities, and trust options.

"The Northern New Jersey Community Foundation helps donors define and realize their philanthropic goals.  Establishing a donor advised fund in honor or in memory of a loved one or a field of interest fund to support an issue is gratifying personally and results in real impacts made locally and regionally," said Danielle De Laurentis, Associate Director, Northern New Jersey Community Foundation.

For further information about the NNJCF, The Frank DeLorenzo Memorial Scholarship Fund, or to set up a charitable fund, call 201-568-5608 or send an e-mail to nnjcf@nnjcf.org.