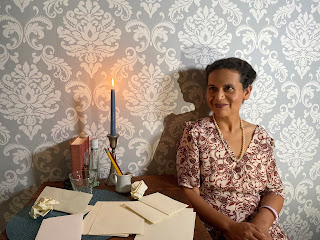 The 2021 Minnesota Fringe will feature over 139 pre-recorded and in-person independently produced live shows; it is the largest performing arts festival in the Midwest.

Meet Susanne, a Latina actress from Miami, who spins a zany, improbable tale about Bela Lugosi, the iconic star of Dracula, and Edna St. Vincent Millay, the Pulitzer Prize-winning poet.

Through different characters and realities, Susanne jumps from the past, present and the future to weave a colorful and wacky tale of humanity.

Millay, the poster girl for Women’s Lib who burns the candle at both ends as she sleeps her way through Greenwich Village in the Roaring ‘20s, meets up with Lugosi (or does she?), the vampire player and political refugee from Hungary determined to leave his mark on the world, or at least on its neck.