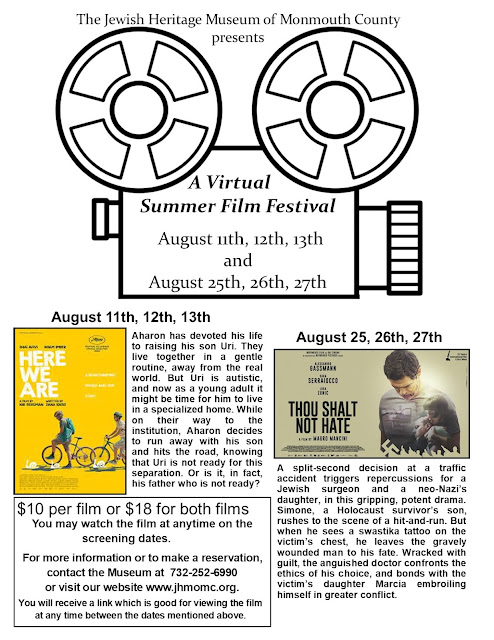 ADMISSION: $10 per film or $18 for both films. You may watch the film at any time during the screening dates.
For more information or to make a reservation, contact the Museum at 732-252-6990 or visit our website at http://www.jhmomc.org. You will receive a link which is good for viewing the film at any time between the dates mentioned above.

The Jewish Heritage Museum is located in the Mounts Corner Shopping Center, at 310 Mounts Corner Drive Freehold, NJ, at the corner of Route 537 and Wemrock Road (between the CentraState Medical Center and Freehold Raceway Mall). It is on the second floor of the historic Levi Solomon Barn. The JHMOMC is a tax-exempt organization under Section 501 (c)(3) of the Internal Revenue Code. The Museum, now open to visitors by appointment with masks and vaccination, is handicapped and assistive-listening accessible.