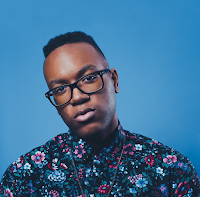 WHEN: Saturday, July 24, at 6:30pm. In the event of rain, the performance will be moved to Sunday, July 25, at 6:30 p.m. If weather conditions are forecast to continue throughout the entire weekend, making outdoor performances impossible, performances will be moved indoors on Saturday.
WHERE: The Lawn at Enlow Hall on Kean University’s East Campus, 215 North Ave, Hillside
TICKETS:  $30 and chairs will be provided

You could say Michael Mayo has music in his bones. The son of two musicians — his dad played sax for Earth, Wind & Fire and his mom sings with Diana Ross — Mayo just released his own debut album.

Mayo, 28, whose work blends jazz, R&B and neo-soul, finished work on his album — called Bones — right before the pandemic. He will be the second musical performer to appear at Kean Stage this summer as live music makes a post-COVID comeback.

“I can’t wait,” Mayo said. “It’s like using muscles that we really haven’t had to exercise for the past year or like dusting off the cobwebs, but I’m so overridingly excited about performing. I’m really looking forward to this.”

Kean’s outdoor stage will host a series of artists in what Kean Stage Manager Steve Cochran called a “restart” after the pandemic.

Mayo came to music with a stellar pedigree in jazz, soul, blues and R&B. His father, Scott Mayo, now the musical director for Sergio Mendes, was a saxophonist for Earth, Wind & Fire and many others. His mom, Valerie Pinkston, sang with Beyoncé, Luther Vandross, Ray Charles, Whitney Houston and alt rocker Morissey, and is now a backup vocalist for Ross.

Mayo traveled with his mom on the road with Vandross when he was in grade school, and watched his parents’ shows and rehearsals from backstage as a child.

“For me it was normal, and it wasn’t until I got older that I realized how super-not-normal it was,” Mayo said. “If anything, it really showed me that it’s possible to have a fruitful career in music, that it’s not something to be afraid of. I saw my future reflected in what I saw my parents doing.”

Mayo grew up in Los Angeles and moved to New York five years ago, in part for the ability to rub shoulders with other jazz musicians. He now calls himself a “die-hard” New Yorker.

He studied at the New England Conservatory of Music and the Thelonious Monk Institute, which is now named after Herbie Hancock, Mayo’s mentor. Hancock helped Mayo discover the link between sound and technology, and showcased him as a featured vocalist during a South American tour in 2018.

Mayo said he loves performing both live and in the studio.

“There’s a beautiful feedback you get from playing live,” he said. “In the studio, it’s like you’re a kid who sat down with a bunch of watercolor paints and a canvas, and you just say ‘go.’ It’s really freeing. If I had to do one for the rest of my life, I’d choose playing live, but they’re really close.”

Mayo’s debut album features introspective tracks exploring the experiences and building blocks of his own life — the “bones” — including affirming his own bisexuality. “In many ways, this album was a letter to myself,” said Mayo, who described the songs on the album as different pieces in a quilt.

Included is a song he recorded with his parents, each performing their part remotely from different locations. “But I really want people to take away not things about me, but things about life and themselves,” he said.

Mayo, whose inspirations include Donny Hathaway, Bobby McFerrin, Ella Fitzgerald and even Brian Wilson of the Beach Boys, is already writing songs for his second album. Between gigs, he can be found on the social media platform Twitch, streaming video games and composing music online.

“When COVID hit I thought, let me give this streaming thing a try,” he said.

“I can’t think of any cooler job than traveling the world playing music, meeting awesome people and exploring new musical possibilities,” he said.