On Sales are Back at bergenPAC! 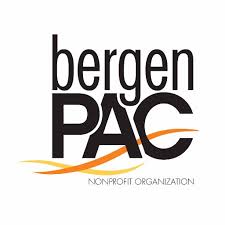 As bergenPAC prepares to welcome audiences back to the theater this summer, it is excited to announce the first new performances to go on sale for the 2021 season. These shows join the existing presented lineup as live entertainment returns to Englewood.

Shows are being sold at full capacity, subject to government regulations at the time of the performance. Information on bergenPAC’s health and safety protocols can be seen here. 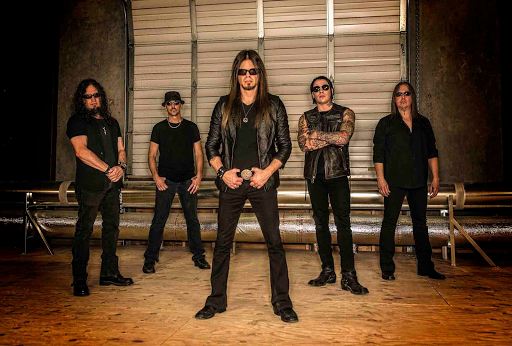 Against the formidable obstacles of an ever-changing cultural landscape, the rise and fall of various musical trends, and the near collapse of the record industry itself, Queensrÿche secured a triumphant legacy as one of hard rock’s most respected and celebrated acts, selling 30 million albums around the world across a 30-plus-year career.

The band’s name is uttered in the same breath as many of the groups they looked to as influences and others who arose as peers. Queensrÿche built a dedicated legion of fans traveling the globe on tour with fellow rock giants like Iron Maiden, Guns N’ Roses, Metallica, Judas Priest, and Def Leppard. In recent years, they’ve consistently delivered high-octane live shows combining the hungry fire of a new band with the tempered experience of master showmen. Even with eleven gold and platinum plaques and several Top 10 hard rock anthems woven into the very fiber of the genre, Queensrÿche won’t relent as they hit the road again this year. 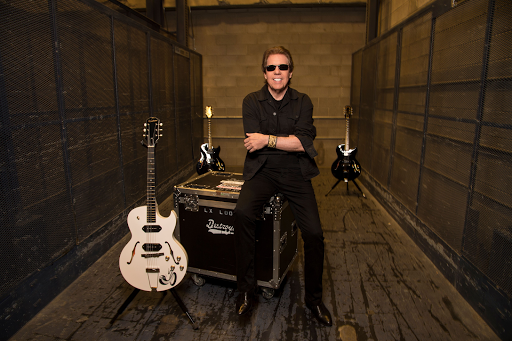 George Thorogood and The Destroyers

Since 1976, they’ve sold over 15 million albums, built a classic catalog of hits, and played more than 8,000 ferocious live shows. They broke records with their 50 Dates/50 States Tour, delivered landmark performances at Live Aid and on SNL, and became mainstays of radio, MTV and stages worldwide for more than two generations. Through it all, they’ve remained one of the most consistent – and consistently passionate – progenitors of blues-based rock in pop culture history.

For the past 45 years, it’s been very good to be George Thorogood & The Destroyers. And in 2021, their Good To Be Bad Tour: 45 Years Of Rock will prove why like never before.

Thorogood and his longtime band – Jeff Simon (drums, percussion), Bill Blough (bass guitar), Jim Suhler (rhythm guitar) and Buddy Leach (saxophone) – have put together hits like “Get A Haircut,” “I Drink Alone,” “One Bourbon, One Scotch, One Beer,” “Move It On Over,” “Who Do You Love” and the definitive badass anthem “Bad To The Bone.” 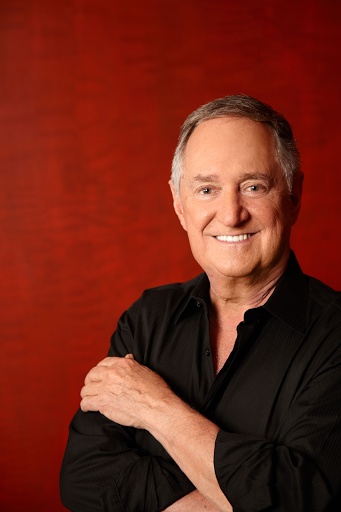 Singer. Songwriter. Composer. Pianist. Author. These are just a few of the titles that can describe Neil Sedaka. Classically trained at Juilliard, his impressive 60-year career encompasses being one of the first teen pop sensations of the 50’s, a tunesmith for himself and other artists in the 60’s, a superstar in the 70’s, while remaining a constant force in writing and performing today. This is all thanks to the countless songs he has written, performed, and produced that continue to inspire artists and audiences around the world.

His chart toppers include “The Diary,” “Oh! Carol,” “Stairway to Heaven,” “Calendar Girl,” “Little Devil,” “Happy Birthday Sweet Sixteen,” “Next Door To An Angel,” and “Breaking Up Is Hard To Do.” 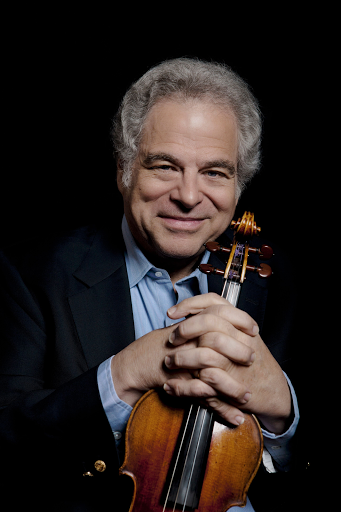 Undeniably the reigning virtuoso of the violin, Itzhak Perlman enjoys superstar status rarely afforded a classical musician. Beloved for his charm and humanity as well as his talent, he is treasured by audiences throughout the world who respond not only to his remarkable artistry, but also to his irrepressible joy for making music.

Having performed with every major orchestra and at venerable concert halls around the globe, Itzhak Perlman was awarded a Presidential Medal of Freedom, the Nation’s highest civilian honor, in November 2015 by President Obama for his meritorious contributions to cultural endeavors of the United States and for being a powerful advocate for people of disabilities. In 2016, he received the Genesis Prize in recognition for his exceptional contributions as a musician, teacher, advocate for individuals with special needs and dedication to Jewish values. In 2003, he was granted a Kennedy Center Honor by the John F. Kennedy Center for the Performing Arts in celebration of his distinguished achievements and contributions to the cultural and educational life of the United States. 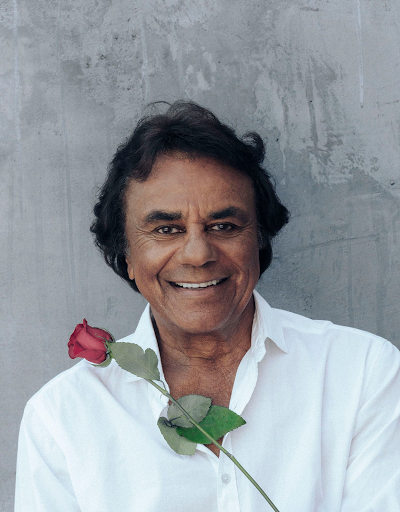 Celebrating his 65th year as a recording artist, legendary singer Johnny Mathis is The Voice of Romance. A sublime vocalist whose approach to pop music eclipses passing fads and trends, Mathis has performed songs in an incredible variety of styles and categories – from music composed for stage and film to golden era jazz standards, contemporary pop hits, and holiday music, all of which has assured his reputation as one of the most enduring vocalists in music history.

Best-known for hits like “Chances Are,” “It's Not For Me To Say,” and “Misty,” Mathis has recorded close to 80 albums. During his extensive career he has achieved 50 Hits on Billboard’s Adult Contemporary Chart and ranks as the all-time #6 album artist in the history of Billboard’s pop album charts.  He has received five GRAMMY Nominations, and in 2003 he was given the Lifetime Achievement Award from the Academy of Recording Arts and Sciences. Johnny continues to be Columbia Records’ longest-signed artist, and to fans of all ages The Voice of Christmas. 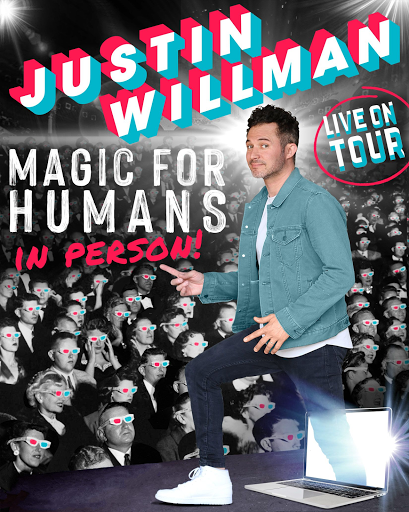 Justin Willman—Magic for Humans in Person

Justin Willman wants to melt your brain while making you laugh. He’s best known as the star and creator of the hit Netflix series Magic for Humans, but you may recognize him from one of his many television appearances (The Tonight Show, The Today Show, Ellen, Conan…). Or maybe you know his work as a host (Cupcake Wars, Halloween Wars, Win, Lose or Draw…). Or maybe he’s the child magician you hired in suburban St. Louis in the ‘90s. If you don’t know Justin, he’s a magician and comedian who’s mastered the art of turning cynics into believers (or at least getting them to laugh). His live show is simultaneously mind-blowing and hilarious. It will likely keep you up at night wondering how the heck any of it was possible. 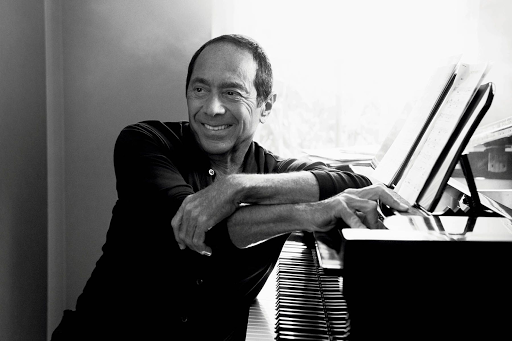 This show will honor a great artist who has influenced Paul Anka more than anyone else throughout his legendary career – Frank Sinatra. It will also feature the hits that have spanned his career.

Songwriting and performing “are what gave me the confidence to keep going,” Anka says. Becoming a junior associate of Sinatra and the Rat Pack also had its privileges. By the 1970s, the success of “My Way” and a string of hits like “(You’re) Having My Baby” confirmed his status as an icon of popular music. His later achievements as a recording artist included “Hold Me ‘Til the Morning Comes,” a hit duet with Peter Cetera in 1983 and Body of Work, a 1998 duets album that featured Frank Sinatra, Celine Dion, Patti LaBelle, Tom Jones and daughter Anthea Anka. 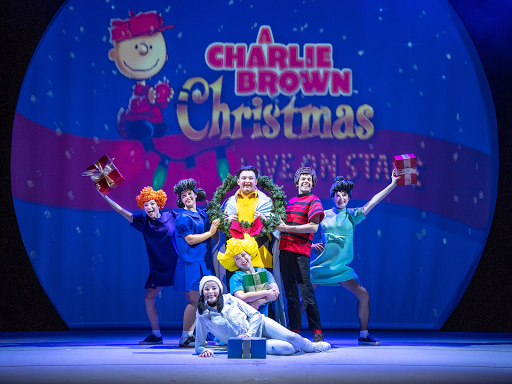 Just in time for the holiday season, everyone’s favorite Peanuts television special comes to life in Englewood. A Charlie Brown Christmas Live On Stage celebrates the timeless television classic as the whole family can join Charlie Brown, Snoopy, Lucy, Linus and the rest of the Peanuts characters in their journey to uncover the true meaning of Christmas.

The show encompasses your favorite scenes from the original animated television show, with more fun, more music, and more finding the true Christmas spirit. After the final bow, the show crescendos into a celebration of song as the audience is invited to join the Peanuts gang in singing traditional Christmas songs and carols. The show is 90 minutes including intermission.