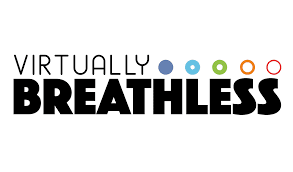 The Rand Family and many popular and talented Broadway performers invite you to “plug in for PH” as they shine a light on Pulmonary Hypertension (PH) at the 6th annual “Breathless on Broadway” in celebration of WORLD PH DAY. Follow us on Instagram for updates.

Streaming virtually this year, some of Broadway’s favorites will raise awareness for Pulmonary Hypertension (PH), a rare disease that currently has no cure but can be managed with proper care and treatment. 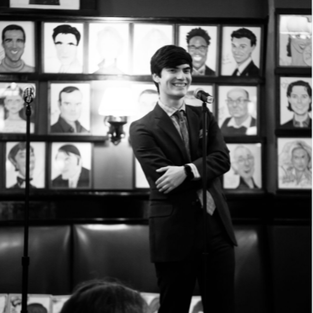 Broadway's Zach Rand (left) will co-host the event with his siblings Liv, Ava and Elijah in honor of their sister Chloë and all whose lives are touched by PH.

"My family and I are honored to be hosting this event to raise awareness for a very personal cause. And while my sister Chloë isn't here to witness this, we continue our fight for the many other families affected by Pulmonary Hypertension, like Broadway’s Phyllis Newman and jazz legend Natalie Cole. This year we are able to reach beyond the doors of Sardi’s and share our story with the PH and Broadway communities alike. So many of our PH specialists have been working the front lines, and this is just as much for them.” said Zach Rand.

Liv Rand said “Music has always been a vital aspect of communication for our family, and we are elated to bring together performers from over 30 different shows to unite their voices and raise awareness for those who often lack the breath to speak. Likewise, we’re bringing Broadway into the comfort of home in an accessible way that brings many of our friends back into the spotlight. We’ve also been working on some new and exciting projects with Noah Sunday Lefkowitz (Disney Parks Live Entertainment, Walt Disney Imagineering) that are going to be featured this year!” Tune in to Virtually Breathless for some great surprises!

"The idea for breathless on Broadway began in the car driving home one night when Zach was appearing in Les Miserables on Broadway. He asked if someday his voice would be big enough to help other people. He was nine years old. Just before Zach's eighteenth birthday, the first breathless on Broadway happened. We are grateful Virtually Breathless is generously supported by Janssen Pharmaceutical Companies of Johnson &  Johnson, Acceleron, United Therapeutics Corporation, GossamerBio, Altavant Sciences, Inc. and Stage Door Designs.” said Marie Mascia-Rand.

Pulmonary hypertension (PH) is a rare, life-threatening disease affecting the arteries of the lungs that can lead to right heart failure. PH patients experience symptoms such as shortness of breath, dizziness and fatigue. While there's currently no cure, there are 16 FDA-approved therapies available to help patients live better lives. Without treatment, mean survivability is only 2.8 years. The Breathless franchise is dedicated to raising global pulmonary hypertension awareness and raising funds for critical PH research. Learn more at: breathlessonBroadway.com