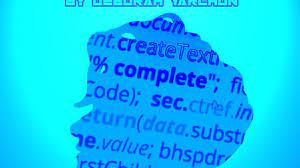 WHEN: Wednesday, April 14, at 7:30 PM
WHERE: Sitnik Theatre of the Lackland Performing Arts Center. Admission to the WPS event is by donation, and advance reservations are highly encouraged as seating is assigned and limited.
TICKETS: A minimum $5.00 donation is required to reserve in advance. To reserve visit centenarystageco.org or call the CSC box office at (908) 979 – 0900.
Centenary Stage Company will also offer a live streaming option accompanying the in-person performance. Live stream access is free to participate with donations appreciated.
WPS live streams will be made available for viewing at centenarystageco.org.

Atlas the Lonely Gibbon by playwright Deborah Yarchun is a darkly comedic thriller set in the future. Irene, a 28-year-old journalist, has recently had her job downgraded to editing AI (Artificial Intelligence)-generated articles. Her husband, David, is a cybercrime journalist who introduces more than enough technologies into their home, with unnerving consequences.  Atlas… explores where we’re heading as a society and the complex benefits and destructive possibilities of a fully wired world. It has just been announced that Atlas, the Lonely Gibbon is a finalist for the Neukom Institute’s Literary Arts Award for Playwriting. 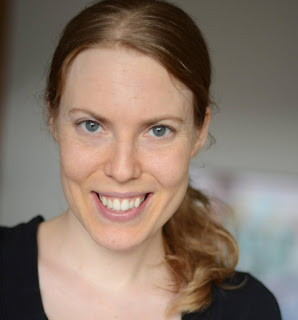 A New York City Based playwright, Deborah Yarchun’s plays have been developed with numerous theatres across the United States and Canada including: the Civilians, Ensemble Studio Theatre, The New Harmony Project, Jewish Plays Project’s OPEN Festival, Martha’s Vineyard Playhouse, The Playwrights’ Center, TheatreSquared’s Arkansas New Play Festival, the William Inge Center for the Arts, and Workhouse Theater Company. Her works have been produced numerous times as well, including performances at Amphibian Stage Productions, Fusion Theatre, Theater Master’s National MFA Playwrights Festival, EstroGenius Festival, the Minnesota Fringe, the Philadelphia Fringe, The Samuel French Off-Off Broadway Festival, Williams Street Repertory Theatre, and several others. Deborah’s play, Drive was also a part of the Women Playwrights Series readings that took place at CSC in November 2020, after it had been chosen in spring of 2020 and rescheduled to the fall due to the COVID-19 public health crisis.

Deborah has been honored several times throughout her career and has been awarded two Jerome Fellowships at The Playwrights’ Center, a Dramatists Guild Foundation Fellowship, an EST/Sloan Commission, Dartmouth’s 2020 Neukom Literary Arts Award for Playwriting, The Kennedy Center’s Jean Kennedy Smith Playwriting Award, the Kernodle New Play Award, the Richard Maibaum Playwriting Award, and Women in the Arts & Media Coalition’s 2019 Collaboration Award. Her play Great White was an Honorable Mention for the Relentless Award. She was recently a playwright-in-residence at the William Inge Center for the Arts and a member of the Civilians’ R&D Group. Deborah is a New Georges Affiliated Artist. She earned her M.F.A. from the University of Iowa where she was an Iowa Arts Fellow.

Now in its 29th season, Centenary Stage Company’s Women Playwrights Series has featured the work of more than 80 emerging playwrights. The program has also taken 18 plays to full production from the series. Led by program director Catherine Rust, the Women Playwrights Series offers playwrights the opportunity to work with professional actors and directors in a workshop rehearsal process, and to hear their work in front of a live audience—a critical part of the development process. Lively talk-backs with the playwright and cast follow each presentation, and one play is selected each year as the winner of the Susan Glaspell Award and receives a full production in the following main-stage season with CSC.

The Women Playwrights series will continue with The Persuadables by Hallie Palladino, on Wednesday, April 21, at7:30 PM in the Little Theatre at 400 Jefferson Street in Hackettstown.

Centenary Stage Company remains committed to the health and safety of our community and adheres to all requirements set forth by the State of New Jersey including, but not limited to; observing social distancing, limited capacity, and requiring masks or facial coverings. For more information regarding CSC COVID-19 policies visit centenarystageco.org/faq.