WSOU’S Under The Stars Presents “Fall Out Boy Month” on 89.5 FM

Every Tuesday Night from 10:00 p.m. to Midnight Listeners Can Hear Full Albums, B-Sides, Stories, and Debates on Fall Out Boy 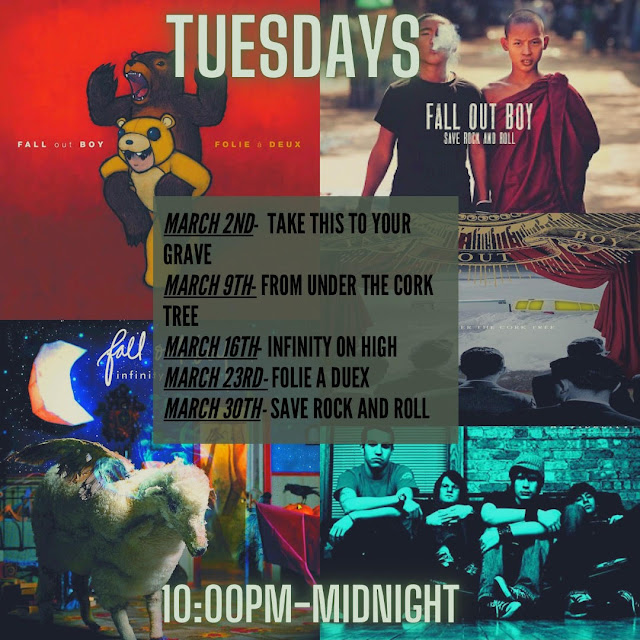 Under the Stars is WSOU’s Pop-Punk/Emo/Post-Hardcore show. There is no band as prolific and defining to the pop-punk community as Fall Out Boy. They have paved a generation of emo kids and are still just as relevant in 2021 as they were during their breakout success in 2005. With the band turning 20 years old this year, Under the Stars honors the legacy of the band by highlighting them all month. 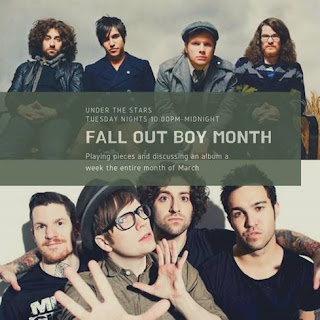 “Fall Out Boy is the band that personally got me into music,” said WSOU’s promotions director, Valentino Petrarca. “I remember receiving a vinyl of Folie a Deux when I was 12 years old, and having it change my life. My entire career at WSOU would never had been possible without these guys and the music they made. This promotion is my way of giving back to a band that has given me, as well as millions of other kids, so much joy and community,” Valentino is host of Under the Stars with co-host Katherine Patton every Tuesday night from 10 p.m. to midnight on 89.5 FM.

During “Fall Out Boy Month,” listeners can hear the first five albums from Fall Out Boy on consecutive Tuesdays. On March 2, the show will do a deep dive into the band’s first record, Take This to Your Grave and analyze the early years of the band. On March 9, the Under the Stars crew will dissect From Under the Cork Tree and the band’s rise to fame. March 16 sees the show doing a deep dive into Infinity on High and the band pushing the boundaries of their sound. On March 23, Under the Stars will discuss Folie A Deux, the band’s hiatus, and the effect it had on them. The month ends with the band’s triumphant return and drastic evolution of sound, talking about their fifth album, Save Rock and Roll.

March 2 - Take This to Your Grave

March 9 - From Under the Cork Tree

WSOU 89.5 FM, which began broadcasting in 1948, is the student-run radio station of Seton Hall University.  Celebrated for its loud rock format and coverage of Seton Hall athletics, WSOU’s signal reaches all five boroughs of New York City and much of northern and central New Jersey and is available on iHeartRadio. WSOU was the 2016 winner of the National Broadcasters Association’s Marconi Award for Noncommercial Station of the Year and a 2019 nominee for the Marconi Award for Best College Radio Station.  More information about the station can be found online at www.wsou.net and www.facebook.com/WSOUFM.