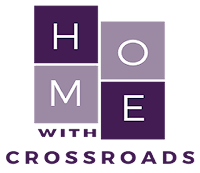 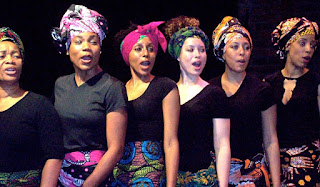 WHEN: March 2 through March 23
WHERE: on the Crossroads website
TICKETS: free

A presentation of excerpts of the musical drama Sheila’s Day is being streamed as part of Crossroads Theatre Company’s commemorative programming celebrating Women’s History Month. Sheila's Day was originally created in 1989 at Crossroads with South African artists in residence Duma Ndlovu and Mbongeni Ngema. It has been performed around the world, including for Nelson Mandela South Africa’s first Black president.

Sheila’s Day is a joyous musical celebration that honors and celebrates women and their perseverance and resilience. Crossroads Co-Founder Ricardo Khan will facilitate a look back, memory lane conversation featuring members of the original ensemble cast. Sheila’s Day was co-created by American and South African women telling the stories of their mothers and the mothers in the movements for equality and justice in Alabama and Soweto Township in South Africa. Interspersed with excerpts from Crossroads’ production at The Market Theatre in Johannesburg, South Africa, the audience will revisit the timeless history of racial oppression and apartheid. The women in the musical drama portray domestic workers, known as “Sheilas” whose spirit will energize, educate and inspire. Sheila’s Day is the South African term for the help’s day off. Sheila was the nick-name white women gave their black maids whose names they couldn’t pronounce.

“Sheila’s Day is among Crossroads’ most impactful productions celebrating women's contributions to history and culture in the U.S. and in South Africa,” said Anthony Carter, President of Crossroads Board of Trustees.  “It captures the essence of the challenging times in which we live today and the role that women play in stepping up to and navigating them,” Carter noted.

The women’s suffrage centennial celebrations originally scheduled for 2020 were curtailed due to COVID-19, which resulted in the National Women's History Alliance extending last year’s theme to this year. The theme is "Valiant Women of the Vote: Refusing to Be Silenced. Crossroads companion program “Women in the Movement,” is also being offered during Women’s History Month and will stream March 24 – April 4, 2021.

“Sheila’s Day will always be very special and personal for me because it initially emerged out of our need here in America to reach out to the arts community in South Africa, only to then realize that they had that very same need, to reach us,” said Khan. As we revisit this extraordinary play, we are reminded of how important that relationship of "re-connection” with Mother Africa has been, and honored that at its foundation are the stories of women in our world.

The program is sponsored by Zendesk, Inc., a Silicon Valley company known for its innovative customer relationship management software platforms.

The 1999 Tony® Award-winning Crossroads Theatre Company (CTC), now a resident member of the New Brunswick Performing Arts Center (NBPAC), is dedicated to creating and producing work that tells the stories that examine the African American experience so that it may be understood and appreciated by all people.  In its 42nd year being a preeminent gateway for black theatre, it has been the stage for many actors, directors, designers, writers and other theatre professionals.  www.crossroadstheatrecompany.org