Centenary Stage Company, the not-for-profit professional theatre company in residency on the campus of Centenary University, announces the world premiere production of 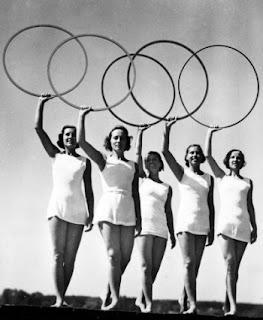 In the heart of 1930s Newark, NJ, a group of scrappy young women began to train in backyard gyms for what would become the experience of a lifetime, the controversial 1936 Berlin Olympics. Inspired by the real-life stories of Hackettstown Resident and 1st Women’s US Gymnastics team member, Ada Lunardoni and team members Consetta Caruccio, Jennie Caputo, Margaret Duff, Irma Haubold, Marie Kibler, Adelaid Meyer, and Mary Wright, playwright Darrah Cloud weaves their accounts together with the memoirs of Jesse Owens bringing to vibrant life this story once lost to history. Developed through Centenary Stage Company’s Women Playwrights Series and in collaboration with the New Jersey Performing Arts Center Stage Exchange and the New Jersey Theatre Alliance. 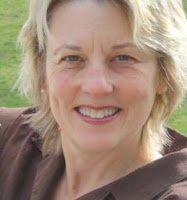 Award-winning playwright Darrah Cloud is currently working on a new musical, SABINA, which was slated to be produced at Portland Stage in Maine in May, 2020. In 2019, she wrote a site-specific play on the lives of Frederic and Isabel Church for the Olana Historical Site in Hudson, NY in collaboration with the Ancram Opera House. Her most recent full-length play, OUR SUBURB, premiered at Theater J in Washington, DC in 2014 and was recently produced at Center Stage in Rochester. Her play for teens, JOAN THE GIRL OF ARC, premiered at Cincinnati Playhouse in January, 2014, then toured. Other plays produced in New York, Europe and across the U.S. include WHAT’S BUGGING GREG?, THE STICK WIFE, (Manhattan Theatre Club, Victory Gardens, LATC, Trinity Rep, etc) THE MUD ANGEL, DREAM HOUSE, BRAILLE GARDEN and THE SIRENS. Her musicals include HEARTLAND, (Goodspeed Opera, Madison Repertory Theatre, The Majestic Theatre/Dallas, TheatreWorks Palo Alto) THE BOXCAR CHILDREN (Theatreworks USA), HONOR SONG FOR CRAZY HORSE (TheatreWorks Palo Alto) and the stage adaptation of Willa Cather’s O PIONEERS!, which has received over 100 productions in the United States and was ﬁlmed starring Mary McDonnell for American Playhouse. Her plays are published by Dramatic Play Publishing, and she has won numerous awards, including the Macy’s Prize for Theatre for Young Audiences, an NEA and a Rockefeller. She has had over 10 movies-of-the­-week produced on CBS and NBC, is a proud alum of the Iowa Writers Workshop and New Dramatists. She co-directs (with David Simpatico) Howl Playwrights in Rhinebeck, NY.

At the helm of the production is Centenary Stage Company’s own Lea Antolini-Lid. Antolini-Lid serves as the program director for CSC’s Young Audience Series as well as producer for the NEXTstage Rep. Summer Musical Theatre Series.  Antolini-Lid has performed professionally in NYC and in cities across the east coast. Among many CSC on stage performances, Antolini-Lid was most recently seen on the Sitnik stage as the Ghost of Christmas Past in the CSC 2021 production of Stephen Temperley’s A Christmas Carol. In addition to Antolini-Lid’s extensive performance credits her long list of directorial credits include the CSC summer productions of HAIR and Jesus Christ Superstar.  Antolini-Lid is also a founding member and managing director of the XY DANCE PROJECT, a member in training with Blessed Unrest Theater Company in NYC, and a proud member of Actor’s Equity Association.

Joining the cast of this world premiere production are CSC veterans Emily Williams as Jennie and Ally Borgstrom as Mary. CSC audiences will remember Williams from such productions as the world premiere of Hitler’s Tasters, Bram Stoker’s Dracula, and Neil Simon’s The Sunshine Boys. Borgstrom was most recently seen in the CSC productions of Hitler’s Tasters and Bram Stoker’s Dracula. Making their CSC debuts are Taylor Congdon as Ada and Deonte Griffin-Quick as Jesse Owens. A graduate of DeSales University, Congdon holds a B.A. in Musical Theatre and has worked at the Arden Theatre Company and with the Pennsylvania Shakespeare Festival. Holding a BA in Theatre Performance from Kean University, Griffin-Quick has performed at such venues as Premiere Stages, Apollo Theatre (NYC), and NJ Repertory Company to name a few. Griffin-Quick currently serves as the Manager of Programs and Services for the New Jersey Theatre Alliance.

CSC offers a variety of special ticket offers including the Thursday evening Buy One/Get One rush ticket special. BOGO offer is valid for in-person sales only beginning at 5:30 PM on the night of the performance. CSC also offers a special Hackettstown Resident price for the Wednesday, March 3 2:00 PM performance. Discount is available for purchase at the door with proof of residency. Finally, Friday evening performances are Student Rush nights offering $5.00 student tickets to any student from any institution with a valid student ID.