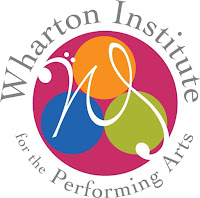 Online Master Class with Broadway Star Marissa McGowan
WHEN: Friday, January 22, at 4:00 p.m. EST
WHERE: via Zoom
TUITION: free
Click here to register for the the master class which will take place via Zoom. For full details, visit WhartonArts.org. 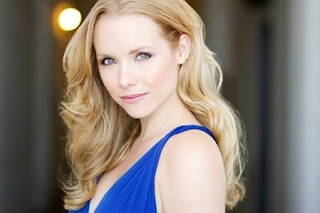 Marissa McGowan, known for her work in Roundabout Theatre Company’s Broadway revival of Kiss Me Kate at Studio 54 and the revival of Broadway's A Little Night Music starring Catherine Zeta-Jones and Angela Lansbury, will work with Performing Arts School students online, enabling audience members the opportunity to learn from anywhere in the world. A seasoned vocal coach, McGowan imparts to her students confidence in vocal technique while learning how to really tell a story and nail a great audition.

Said Artistic Director Helen H. Cha-Pyo, “During this season of virtual learning, Wharton Arts is offering close to 20 free master classes for every instrument, including voice, with world-renowned artists. Marissa McGowan is an award-winning singer, actress, and a seasoned master teacher who finds joy in helping young people find their voice. We are extremely excited about this master class.”

Marissa McGowan is currently appearing in the Roundabout Theatre Company Broadway Revival of Kiss Me Kate at Studio 54, playing the Wardrobe Mistress and understudying Lilli Vanessi, played by the incomparable Kelli O’Hara. McGowan had the honor to be chosen by Marvin Hamlisch to star as Stella Purdy in the world premier of Marvin’s last musical The Nutty Professor, directed by the legendary Jerry Lewis, for which she won the “best leading actress” award in Nashville for her performance. McGowan has appeared on Broadway in the A Little Night Music revival alongside Catherine Zeta-Jones and Angela Lansbury (Original Cast Recording), Bonnie and Clyde (Original Cast Recording), and Les Misérables (Revival and National Tour), where she performed both the roles of Eponine and Cosette. Television credits include Major Crimes (TNT) and Odd Mom Out (Bravo). Concert appearances include Lincoln Center in a tribute to Marvin Hamlisch directed by Mike Nichols, Susan in The Sweet Smell of Success in Concert (Hudson Theater NYC), and soloist with the Indianapolis Symphony, Naples Philharmonic, Baltimore Symphony Orchestra, Omaha Symphony, Houston Symphony, Kalamazoo Symphony, Phonecia Festival of the Voice, New Albany Symphony, Annapolis Chorale, Alpine Theatre Project, and the American Cancer Society Marvin Hamlisch tribute at the Hudson Theater in NYC. As a pedagogue, McGowan has taught master classes across the country and has a roster of private students in the NYC area.

The Wharton Institute for the Performing Arts’ mission is to provide the highest quality performing arts education to a wide range of students in a supportive and inclusive environment, where striving for personal excellence inspires and connects those we teach to the communities we serve.

Wharton is New Jersey’s largest independent non-profit community performing arts education center serving over 1,200 students through a range of classes and ensembles including the 15 ensembles of the New Jersey Youth Symphony, which serve 500 students in grades 3 – 12 by audition. Beginning with Out of the Box Music and Pathways classes for young children, Wharton offers private lessons, group classes, and ensembles for all ages and all abilities at the Performing Arts School. With the belief in the positive and unifying influence of music and the performing arts and that arts education should be accessible to all people regardless of their ability to pay, Wharton teaches all instruments and voice and has a robust musical theater program. Based in Paterson, New Jersey, the Paterson Music Project is an El Sistema-inspired program of the Wharton Institute for the Performing Arts that uses music as a vehicle for social change by empowering and inspiring children through the community experience of ensemble learning and playing.

Wharton Institute for the Performing Arts is located in Berkeley Heights, New Providence and Paterson, NJ and reaches students from 10 counties. All of Wharton’s extraordinary faculty members and conductors hold degrees in their teaching specialty and have been vetted and trained to enable our students to achieve their personal best.