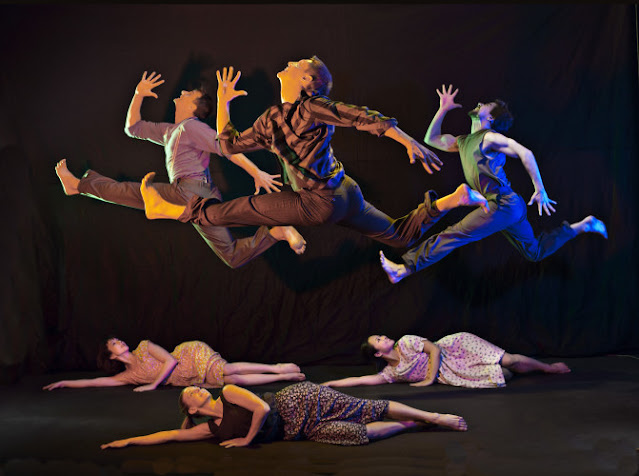 WHEN: Wednesday, January 27, 9:30 a.m
WHERE: Academy of the Arts at Henry Snyder High School, located at 239 Bergen Avenue in Jersey City

Jersey City Theater Center (JCTC) in partnership with I Love Greenville and the Greenville Community Plan will present a virtual schooltime commemoration for International Holocaust Remembrance Day. Carolyn Dorfman Dance (CDD), a premiere modern dance company based in New Jersey and New York City, will perform The Legacy Project. It is a seminal body of work that celebrates founding Artistic Director Dorfman’s Eastern European Jewish roots illuminating her family’s history as Holocaust survivors and as new immigrants in America.

Comprised of nine multi-ethnic, stunning dancers, Carolyn Dorfman Dance is known nationally and internationally for the artistic excellence of its performances and for impactful interactions with students and audiences. The New York Times has praised the dance company for being “emotionally resonant,” which is particularly meaningful for this workshop which will include clips from “Mayne Mentshn” and “Cat’s Cradle,” two works inspired by choreographer Carolyn Dorfman’s heritage.

Ms. Dorfman, a celebrated choreographer and the founder/artistic director of Carolyn Dorfman Dance, has created a body of work celebrating and honoring her Jewish legacy, its trials, triumphs, treasured uniqueness, and cultural commonalities which, given the rise of hate crimes around the world, is a particularly timely offering. The New York Times says The Legacy Project, “reflect[s] and engender[s] a profound humanity. Because her dances are about people and life experience, often moving from the autobiographical to the universal, they hold immediate appeal.”

As JCTC Artistic Director Olga Levina explains, “As a country, we need to do a lot of rethinking and healing in the coming years. Because our children are among the most vulnerable, they rely on us to navigate through these unprecedented times and they look to us for inspiration. As New Jersey’s leading choreographer, Carolyn creates dance that touches us to the core with work that is essential to put history and our shared human experience in perspective. The Jersey City Theater Center is proud to help brings arts education to Snyder High School and are grateful to Ericka Adams for enabling this partnership.”

Using interactivity, a multimedia presentation, and mesmerizing dance, Carolyn Dorfman Dance has been enthralling audiences of all ages with their programs that celebrates the capacity of the human spirit to rise above all circumstances.

Carolyn Dorfman Dance connects life and dance in bold, athletic and dramatic works by Carolyn Dorfman and nationally renowned choreographers. The company’s 10 multi-ethnic and stunning dancers present high-energy and technically demanding dance that unleashes the powerful storytelling and imagery of its visionary creator. This distinctive combination takes audiences on intellectual and emotional journeys that ultimately illuminate and celebrate the human experience. The highly acclaimed ensemble is known for emotional resonance and artistic excellence in both performance and its interaction with audiences, students and community. Carolyn Dorfman Dance appears at major theaters, dance festivals, universities, schools, museums and galleries regionally, nationally and internationally.

About Academy of the Arts at Henry Snyder High School

The Academy of the Arts at Henry Snyder High School is a four-year public school with an enrollment of approximately 850 students in the Greenville section of Jersey City. The school seeks to provide a supportive learning environment which prepares students to be college and career ready as well as productive members of society. The school’s principal is Yvonne Waller. Greenville is primarily a residential area home to the city’s largest African American community, as well as a diverse mix of LatinX, Muslim and Orthodox Jews. In addition to the high school, the neighborhood is also the location of New Jersey City University. This video affords a good snapshot of the school: https://www.youtube.com/watch?v=MR4y-qMqJPw.

Jersey City Theater Center (JCTC) is a nonprofit, 501C3 arts organization and manages programming at Merseles Studios and White Eagle Hall. They are committed to inspiring conversations about the important topics of our times through innovative and progressive performing and visual arts that embrace the diversity of Jersey City, bringing its community closer together and enhancing its quality of life.