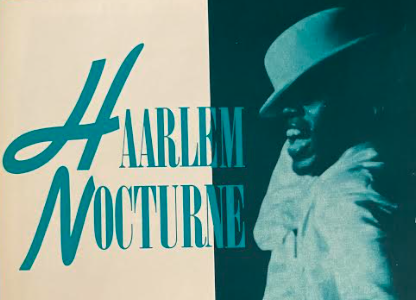 Tony® Award-winning Broadway veteran André De Shields appears on Crossroads Theatre Company virtual stage to present excerpts of his musical Haarlem Nocturne that will be interspersed with his reflections about creating the work, co-writing, directing and starring in the production.  The encore presentation and conversation with Crossroads Co-Founder Ricardo Khan streams on the Crossroads website January 5th to January 17th.

All Crossroads programming is available via the Home with Crossroads virtual platform, designed to bring programming to supporters and patrons virtually during the pandemic. All programs have been available free of charge. 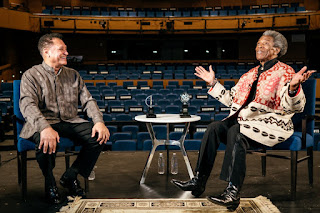 De Shields and Haarlem Nocturne have a long history with Crossroads.  The musical, performed at Crossroads in 1994, pays homage to the nightclubs of Harlem’s golden age. “Mr. De Shields is family and we are excited to have him back at Crossroads to spend some time with us reminiscing and revisiting the creativity and artistry that brought Haarlem Nocturne to life,” said Khan. “We’ll also talk about the roles he played in bringing success to some of Broadway’s biggest shows including The Wiz, The Full Monty, Ain’t Misbehavin’ and Hadestown, the show that brought him his first Tony in 2019,” he added.

In addition to the Tony, De Shields has won many accolades including the Outer Critics Circle, Drama Desk Awards in 2019, the 2020 Audelco Lifetime Achievement Award and a Grammy for Best Musical Theatre Album for Hadestown.

For more information about Crossroads an our 2020-2021 season, please visit www.crossroadstheatrecompany.org

The 1999 Tony® Award-winning Crossroads Theatre Company (CTC), now a resident member of the New Brunswick Performing Arts Center (NBPAC), is dedicated to creating and producing work that tells the stories of African Americans and all people of color. In its 42nd year being a preeminent gateway for black theatre, it has been the stage for many actors, directors, designers, writers and other theatre professionals. Over more than four decades, CTC has built a rich and storied legacy, celebrating the culture, history, spirit and voices of the African Diaspora. www.crossroadstheatrecompany.org