Emerging Artist: André’s Choice: ZHAILON LEVINGSTON
WHEN: January 19-31
WHERE: on the Home with Crossroads virtual platform 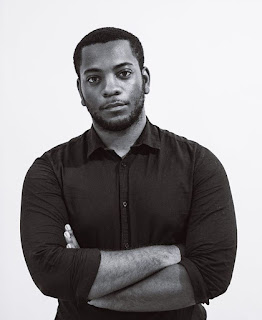 The Emerging Artists Series, co-presented in partnership with some of Crossroads’ global partners, features young and gifted artists on the rise from around the world. To date, Seattle’s Art Corps and South Africa’s Market Theatre Laboratory have been featured. The series is sponsored by Zendesk, Inc., a Silicon Valley company known for its innovative customer relationship management software platforms.
Levingston, known for his directorial prowess and creativity telling stories that bridge generations through music and activism “is a force to be recognized,” said De Shields, who has an award-winning and storied stage legacy. “If you’re asking who I might wish to pass on my baton, it would be Zhailon Levingston,” he added.
Levingston, who hails from Louisiana, is a writer, director, performing artist, lyricist and activist. He co-founded #WORDSON WHITE, an art and activism campaign designed to use the arts as a vehicle to help organizations talk about social justice. He is the resident director at Tina: The Tina Turner Musical on Broadway and recently directed Neptune at Dixon Place at the Brooklyn Museum. His other directing credits include Primer for a Failed SuperPower, an all-ages community concert featuring a multi-generational ensemble performing new arrangements of iconic protest songs; and Mother of Pearl, a cross generational conversation that explores the dynamics of family and forgiveness using the House Music genre as a backdrop.