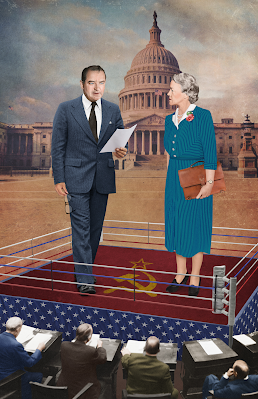 WHEN: through this Saturday, October 31st.
WHERE: Zoom
TICKETS: A donation of $25 is suggested for the presentation of CONSCIENCE. Donations of $5 and above are appreciated and will support George Street Playhouse’s mainstage and virtual programming.

Digital tickets are available through www.GeorgeStreetPlayhouse.org.

Due to the shutdown of theaters throughout the state in March, the world premiere of the production at George Street Playhouse was canceled just days after it opened.

The New York Times called CONSCIENCE “a timely boxing match of a history play” and referred to Harriet Harris’ portrayal of Margaret Chase Smith as “a dry-witted hero with the rare courage to take on a lying bully who is sowing chaos, ruining reputations and threatening the very fabric of the nation.”

On June 1, 1950, Senator Margaret Chase Smith stood on the Senate floor and delivered her “Declaration of Conscience'' in a historic moment of political courage. This sharply written new play by Tony Award-winner Joe DiPietro takes you behind the scenes of 1950s Washington in the days leading up to and following the singular speech that rattled McCarthyism, Congress and the nation itself.

“We’ve been thrilled to bring this timely play to a virtual stage,” said Artistic Director David Saint, who also directed the production. “Our audiences tell us they are eagerly anticipating a return to the theater, so what better way than to bring back this powerful production, using technology that allows everyone to watch from the comfort and safety of their homes.” 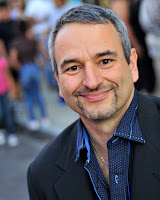 Playwright/lyricist Joe DiPietro has won two Tony Awards, a Drama Desk Award and three Outer Critics Circle Awards. His musicals and plays have received thousands of productions across the country and around the world. Broadway: The upcoming DIANA (after debuting on Netflix in early 2021), MEMPHIS (Tony Award-winning Best Musical), NICE WORK IF YOU CAN GET IT starring Matthew Broderick and Kelli O’Hara, ALL SHOOK UP, and LIVING ON LOVE starring Renée Fleming. Off-Broadway: I LOVE YOU, YOU’RE PERFECT, NOW CHANGE (the second longest-running musical in Off-Broadway history), THE TOXIC AVENGER, OVER THE RIVER AND THROUGH THE WOODS, THE THING ABOUT MEN, CLEVER LITTLE LIES starring Marlo Thomas, and ERNEST SHACKLETON LOVES ME.

Harriet Harris has appeared on Broadway in THOROUGHLY MODERN MILLIE (Tony Award), CINDERELLA, IT SHOULDA BEEN YOU, THE MAN WHO CAME TO DINNER, PRESENT LAUGHTER, CRY-BABY and OLD ACQUAINTANCE. Her numerous Off-Broadway credits include JEFFREY, and ME AND MY GIRL and LITTLE ME at Encores! Film & TV includes MEMENTO, “American Horror Story,” Felicia Tilman on “Desperate Housewives,” Bebe Glazer on “Frasier,” Ingrid on “Ratched,” and PHANTOM THREAD. 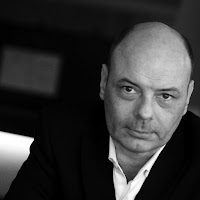 Also starring in CONSCIENCE as Senator Joseph McCarthy is Lee Sellars, who appeared in Broadway in WEST SIDE STORY, TALK RADIO and A TIME TO KILL. Other NY stage credits include IOWA, THE ALCHEMIST and GUN-SHY. Film & TV: “The Sopranos,” “House of Cards,” “Chappelle’s Show,” “Mindhunter,” “Billions,” GROUNDHOG DAY, “Elementary,” and “Luke Cage.” 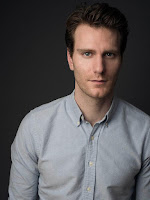 Rounding out the cast of this highly anticipated world premiere are Mark Junek (“Forever,” “Smash,” “Blindspot”) and Cathryn Wake (Broadway’s NATASHA, PIERRE & THE GREAT COMET OF 1812, THE OTHER JOSH COHEN).

Under the leadership of Artistic Director David Saint since 1998, and Kelly Ryman, Managing Director since 2013, the Playhouse produces groundbreaking new works, inspiring productions of the classics, and hit Broadway plays and musicals that speak to the heart and mind, with an unwavering commitment to producing new work.

With its 45-year history of producing nationally renowned theatre, the

Playhouse continues to fill a unique theatre and arts education role in the city, state and greater metropolitan region.

The Playhouse has been well represented by numerous productions both on and Off-Broadway including the OCC Best Musical Award winner THE TOXIC AVENGER, Anne Meara’s DOWN THE GARDEN PATHS, THE SPITFIRE GRILL, and the Tony and Pulitzer Prize-winning PROOF, which was developed at GSP during the 1999 Next Stage Series of new plays. AMERICAN SON, produced by George Street Playhouse in 2017, opened on Broadway in 2018 starring Kerry Washington and Stephen Pasquale, and appears on Netflix. In 2015, IT SHOULDA BEEN YOU opened on Broadway and Joe DiPietro’s CLEVER LITTLE LIES opened Off-Broadway.

At the start of its 2019-20 Season, the Playhouse moved to the New Brunswick Performing Arts Center in downtown New Brunswick at 11 Livingston Avenue. Featuring two state-of-the-art theaters—The Arthur Laurents Theater with 253 seats and The Elizabeth Ross Johnson Theater which seats 465—and myriad amenities, the brand new NBPAC marks a new era in the esteemed history of George Street Playhouse.