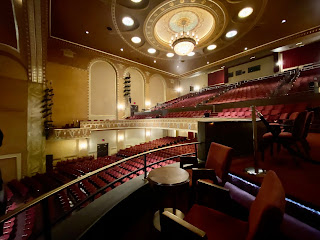 State Theatre New Jersey has begun extensive renovations to its historic auditorium in anticipation of its 100th Anniversary in 2021. As part of the renovation, STNJ is auctioning off 20 Historic Theater Seat Pairs, 7 VIP Box Seats, and 23 VIP Orchestra Pit Seats. To view and bid on the State Theatre seats, go to https://STNJSeatAuction.givesmart.com.

Proceeds from the Seat Auction will benefit State Theatre’s Next Stage Campaign renovation plans aimed at ensuring accessibility throughout the theater and safety for all, including an elevator for access to all theater levels; upgrading patron amenities throughout the theater, backstage areas, and production equipment; and improving efficiencies in systems to reduce operational costs. For more information about the Next Stage Campaign, visit STNJ.org/NextStage.

The Seat Auction bidding ends at 11:59pm on Friday, October 30. Each item will go to the highest bidder. Winners will be contacted by a State Theatre representative by email on November 3 for pickup arrangements. An official certificate of authenticity from State Theatre New Jersey will accompany each item. 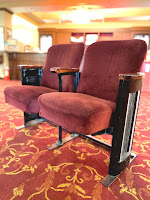 Historic Theater Seat Pairs
These historic State Theatre New Jersey seat pairs have a patent date stamped on the cast-iron interior side of the seats as October 8, 1929. They were fabricated by the American Seating Company (also noted for their seats in Radio City Music Hall, the Metropolitan Opera, Fenway Park, Wrigley Field, the original Yankee Stadium, the Los Angeles Memorial Coliseum, and the United States Senate chamber). The seats come as connected pairs and feature solid wood arm rests (with brass seat number plaques), curved plywood backs, plush red upholstered fabric, and black cast-iron frames with cast-iron period end standards. They can be free-standing or mounted on a floor. 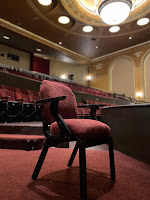 VIP Box Seats
These historic State Theatre New Jersey seats feature a solid wood frame and red upholstered fabric with a rounded back. The seats were used in State Theatre’s VIP Loge Boxes and considered the best in the house.

These single seats feature a solid wood frame, red upholstered fabric, and squared back. These seats were considered one of the best in the historic State Theatre New Jersey’s house and were placed over the theater’s orchestra pit when the pit was not in use; the closest you can get to the stage.

State Theatre was built in 1921 as a silent film and vaudeville palace. Recognizing the historic significance of the theater, PBS honored State Theatre New Jersey by featuring it in its documentary series, Treasures of New Jersey, in the fall of 2018. “Treasures of New Jersey: State Theatre New Jersey” can be streamed at STNJ.org/History. Today, State Theatre is the largest performing arts center in Central New Jersey and has welcomed over 5.9 million people through its doors since reopening as a non-profit performing arts center in 1988. State Theatre New Jersey is a cornerstone of the cultural vitality of Middlesex County, and averages a total economic impact on New Brunswick and the surrounding area of more than $18 million a year. The mainstage programs have featured high-caliber artists such as Diana Ross, Tony Bennett, Kevin Hart, Ringo Starr, Melissa Etheridge, John Leguizamo, Harry Connick, Jr., Diana Krall, and Crosby, Stills & Nash. Program offerings include Broadway, orchestra, family, dance, comedy, rock/pop, jazz, Performances for Schools, and Sensory-Friendly Performances.