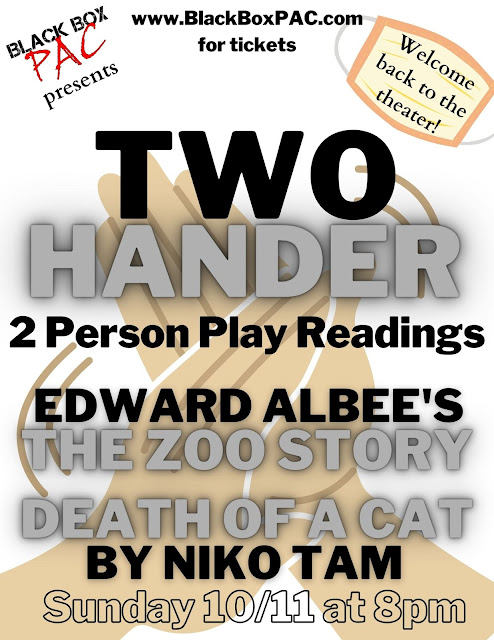 After a successful summer of free outdoor Shakespeare, Black Box Performing Arts Center is opening its doors (and keeping them open for more airflow) with a new play reading series: Two-Hander! Throughout October, Black Box PAC will present two-person play readings, featuring pairs of actors that are already in each other’s “bubble.”

WHEN: Sunday, October 11, at 8pm
WHERE: Black Box Performing Arts Center, 49 E. Palisade Ave., Englewood
TICKETS are limited due to capacity restrictions, and can be purchased at www.BlackBoxPAC.com for just $20 per person!

After a brief “intermission,” the show will continue with a second showing:

Masks are required by all audience members. Attendees will also be asked to fill out a COVID screening form for contact tracing purposes. All current health and safety protocols are followed. 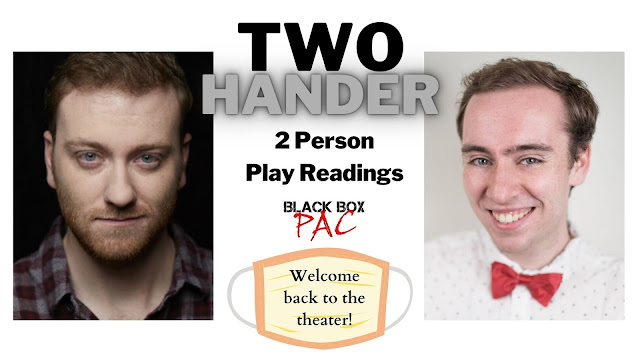